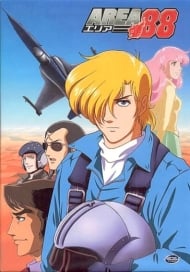 Shin Kazama was once in training to become an airline pilot, until his jealous friend Satoru Kanzaki tricked him into signing a 3 year contract whose reward is $1,500,000, and whose escape is unthinkable. His mission since that day has been to work for a hidden base of mercenaries known as Area 88, with the skies as his new home, soaring into deadly battles and fighting to survive. Determined not to die, this ace pilot of Area 88 battles hard daily to one day leave the hell of being a fighter pilot. Will he ever return to his fiance Ryoko, or is he doomed to die in the skies?

Area 88 was originally a manga series started in 1979, and got a 3-episode OVA-series in 1985-1986, which got lots of good reviews. Then, in 2004, there came a 12-episode anime series which people seem to just ignore, or at least I had never heard about it. That is, until Santa came along and put this on my watch list... When I saw the synopsis of Area 88, I was reminded of Top Gun (which I liked a lot): an "ace pilot" is sent to the military, and then we get some air battles, some "slice of life in the military", and some other drama. However, Area 88 falls short in the execution of a lot of things. First off, there's a big problem when it comes to the animation: for a show that was made in 2004, it looked dull overall, and bad to very bad at some specific moments. The most annoying was the fight scenes, because the planes and explosions were bad CGI put on "classic" background. When they're just talking I don't mind animation that isn't great, but the dogfights is one of the main attractions to series like this, so it's a real pity that they looked so bad. There are also a number of fighting sequences that are reused, which feels cheap. Another problem that destroys the atmosphere is the sound: the OST is very bland and unfitting, and the ED is stupid though. Only the OP is halfway decent. Story-wise, the series is quite ok, although the pacing was very slow, and like half the episodes are just "episodic", without any consequence whatsoever for the continuation of the series. It only really gets interesting in episode 10 (imo), and most people would probably have dropped this before they even got there. The romance-drama was also very meh, while the war-drama was (a little) more interesting. There is also a number of things that are just stupid: - Why does a pack of mercenaries have a facility like Area 88? And why is a photographer allowed in this military base? - why did nobody think about why a photographer was in Area 88 before the finale approached? It makes it feel like the ending was made up in a hurry. - In episode 3, the MC takes the photographer with him in the sky, with an unarmed plane. He encounters enemies, yet somehow manages to wn the fight? That's just straight-up BS. Lastly, we have the characters: and simply put, you could replace 99% of them and still get the same story, because we don't know anything about most characters. Even the main character isn't that well fleshed out, and god forbid we get any memorable side characters. I mean, we have the ace-pilot as the main character, the outgoing sidekick-kid, a guy who's bad just because he's evil, a greedy merchant, a woman who can pilot an airplane and a woman who's the MC's love interest, but we know nothing about... Overall: pretty boring and entirely skippable. The only things I may remember it for is as "my first aviation anime" or "my first secret santa anime". Suggestions:  Top Gun, the original OVA, another aviation anime This was my SECRET SANTA 2015 REVIEW 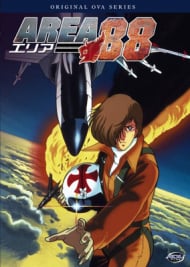 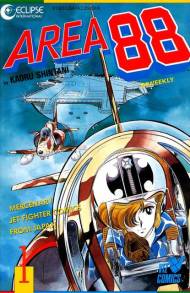