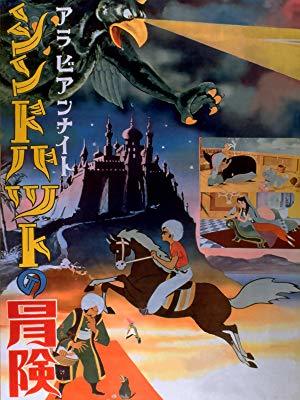 If you're looking for manga similar to Arabian Nights: Sinbad no Boken, you might like these titles.

One Thousand and One Nights: Manga de Dokuha

After witnessing his wife's adultery, King Shahryar becomes intensely distrusting of women, taking a virgin bride every night and immediately having her killed the next morning. In order to put a stop to his terrible crusade, Scheherazade begins to tell the King a series of stories...... Passed down from the middle ages of the Arabian Peninsula, and an 18th century best seller throughout Europe, this epic masterpiece of Middle Eastern literature is now in manga form!

Aladdin to Mahou no Lamp

Prince Shuna leaves his tiny village in search of the golden seeds that might bring better food to his people. He travels far, encountering slaving and saving two girls from it before reaching the land of the god-men and the terrible secret of the grain and the slave-trade.