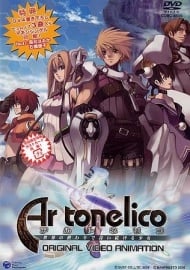 In a world known as Soul Shell, floating islands are mankind’s only protection against falling into oblivion. The power of the song is able to heal wounds and create miracles; a power that the young Aurica can’t seem to master. After his ship crashes, Aurica finds herself in the company of Lyner, a fighter who desperately needs to return to what’s left of the sky. Together, the duo set out to find an engineer who can repair Lyner’s ship; but monsters are afoot! With shifty engineers and fire-breathing beasts in their way, can the two manage to stay alive?

To be quite honest, despite it only being a one-episode OVA, I'm surprised I managed to get through it. My numbers may seem high based on that sentence, but I am trying to be fair and consider each aspect individually... It's going to be hard. This was really a waste of time, to be honest, but I'll try to be fair and unbiased in my review. Story: The story had the potential to be very interesting, since the concept of using songs to grant powers isn't all that common. Unfortunately, it really wasn't done well. At all. I know that this OVA isn't really so much related to the game, and so I hope the game is better, because this story seemed incredibly pointless. Okay, so dude falls, meets a girl who is useless, his ship breaks, they repair it, get in a fight, she's not as useless as she thought, the end. I understand that it is just one 25 minute OVA, but there was really nothing important happening at all. I mean, sure, the whole point was to get the girl to realize that she's not useless, but the way they went about it was just so... Dumb. Animation: The animation was not all that good looking. It looked like a rush job most of the time, like they were putting in as little effort as possible so they could just hurry up and release it. Though, some of the backgrounds were kind of nice, that was about all. The animation was kind of smooth, but most of the frames weren't interesting and it was really just boring to watch. Sound: The sound... Don't even get me started. There was no intro song, so I can't comment on that, but the ending wasn't horrible- it's everything before that that bothered me. If there was any background music at all, not only was it completely unmemorable, it was probably drowned out by the less-than-poor voice acting. The main boy's voice made me want to kick a kitten, and I really love kittens. A lot. To me, voice acting is a huge part of any anime or OVA, and I found that their choices in actors for this were absolutely terrible. Characters: The characters... Again, I really don't even want to go here. You know why I didn't mention the main guy's name in the last paragraph? Because I don't remember it and quite frankly I can't be bothered to go look it up. His personality was like over-the-top stupid; it's like they were trying at funny and completely missed the mark. Badly. The main girl, whose name also escapes me, is more tolerable, but not enough to redeem this OVA in my eyes. In the end, I truly hope that the game is a million times better than this OVA. This was a huge waste of time, and again, I'm surprised I managed to get through it. The only people I would recommend this to are those who are literally dying of boredom and possibly deaf. And blind. 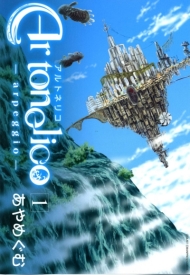