Long ago, the human voice defined the true nature of everything. That is, until text came along and opened up the Logos World, a futuristic battlefield where monsters loom. These monsters, known as M.J.B.K., are spawned from texts injected with the magical syringe of Master Sougon, the mysterious gatekeeper of all written words. When these texts are injected, their concept on Earth is erased, and an M.J.B.K. is born in the Logos World. Lucky for humanity, there are a group of young-gun heroes known as the Verbalism Club who counter the text monsters with their Aquarion vectors and the art of voice. It's up to self-proclaimed savior Akira Kaibuki and the rest of the Verbalism Club to protect the world from being erased as long as their silly antics don't get in the way.

EDIT: I finially finished it. As someone who has watched the previous Aquarions, this series has given me mixed reactions. Although this series seems to be going towards a different modern direction away from mythical legends, this comes at a steep price. While new and casual viewers will find this show to be interesting and well animated, those who are used to previous Aquarion series will have a hard time accepting the direction this series is taking. The music is composed by R.O.N. and the OP theme has May'n and Yoko Kanno's name attached to it. The enemy are monsters based on kanji characters and it seems like battles utilize a witty war of wordplay. This sounds like a good direction for a mecha series but there's a huge problem: the series has Aquarion's name in it.For those who have watched the previous series, you would have witnessed epic fights to save humanity through sheer power and love that repeats itself through reincarnation cycles. This meant having similar characters, mecha designs, orchestral soundtracks by Yoko Kanno, and OP themes from Akino that blow you out of the water and just made everything seem super epic despite Aquarion shows not being known for having the best plot. I also didn't mind the occasional sexual combine jokes and the pervyness here and there, but most of this are rare to see in Logos. I have no idea what I'm watching now with all of that gone, and if I didn't know any better, I would have mistakened this series as a new take on Macross, but even Macross series is executed way better than this unless the new Delta series botches that franchise the same way this series does. So far nobody has given me any information that Logos is supposed to share any connection with the previous series. Aquarion Logos looks like it's trying to adapt a new identity by letting go of everything that defined Aquarion series in the past, but the production team has to try very damn hard to overcome the (not so high) bars Aquarion and Aquarion EVOL have set and prove that this series can own up or surpass expectations , but screws it up entirely because now nobody has any idea what they're watching. The main characters seem to all have some sort of social problem that can cause audiences to cringe and poorly executed plot development and fighting that can't really amuse anyone over the age of 6. The only saving grace is its soundtrack, but you'd probably be too angry and cringed to even bother paying any attention to it. Give it some time. Don't let the first episode reaction be the only impression. It'll probably get better, but how much better will be decided by you. So watch it, but don't come in with any previous expectations and take it for how it is and not how it once was or you'll only find disappointment.  TLDR: The execution of the show is beyond awful. There is virtually zero connection to any previous Aquarion series whatsoever, which is not a problem if it the plot and charcters made up for it, but it's a trainwreck and cringeworthy as more episodes roll by and nothing is being done to salvage the rest of the series. The opportunity to reinvent the franchise has sunken to a record low with even blander characters with little to no development and a plot that does nothing but waste your time. While past series may have almost fallen into similar pit holes, the development works out at the climax and keeps you interested. But here, you won't find any of that. You will only find disappointment. Skip this and only watch it if you really have nothing else better to see.

Preface - It's been a while since I last saw this series, (when the episodes were being simulcasted).I'm only going by dodgy memory."What have they done?" If anyone has watched Genesis of Aquarion and EVOL, you may be thinking the same thing. Both, (previously mentioned), shows featured the same fantastically in-depth lore, along with good characters and build-up to them. The creators of Logos just throws all of that in the bin and makes this generic piece-of-work, (that most other shows are becoming these days). Overused and unimaginative tropes/cliques all over the place. From the emblematic loli; to the obnoxious meathead; and, (to top it off), a protagonist who thinks that everything will turn out okay only because he's, "(I'm) a hero", (paraphrase).I ended up dropping it after the first episode, of the second part, only because I was curious to see what happens to Maia. The other characters were just too insufferable for me to continue. Even with that said... I did end up watching 15-20+, (completely insulting to my - and anyone else who has seen the other two series - intelligence), episodes.It's a crying shame that this series was made to commemorate the 10th Anniversary of Genesis; when it's very being is completely antithetical to Genesis's being. BUT... To be fair, it may be good - for someone who is mainly young - to watch this series first, (then Genesis and EVOL after). Only because it does feature the bare minimum of the whole franchise's plot.Anyone else, (who doesn't want their intelligence insulted), should prepare to lower your expectations and standards, (especially if they haven't seen Logos - after watching the other two series - or if you're a veteran in watching anime). I will also be doing this when I inevitably rewatch this series.But that will only be after I rewatch the other two series - in this franchise - for the third or fourth time. ;)

Being someone who watched (and loved) both previous Aquarions, I can safely say that this one was not as good as the previous ones.  I will do this as a round robin approach to compare the old one and Logos.  Story:      -Legacy: The story in the legacy Aquarions always had the problem of the day style, but in every episode you get a little bit of the main plot. Not a lot, but enough to create more question, enough to wonder how the main characters will win.    -Logos: This anime had the problem of the day style, but in many episodes it seemed like there was hardly any main plot.  They didnt throw in enough nuggets for us to latch on too, they did not provide enough mystery to keep us engaged. So it felt like a boring prob of the day anime. Now like the others, it got intense at the end, but it took SOOOOO LONG to get there, and then when it did there WAS NOT ENOUGH TO MAKE UP FOR ALL THE TIME SPENT. Animation:      -Legacy:  The Legacy Aquarions both had great visuals for their year.  I was impressed by the 3d models in the original, and Evol improved on that in addition to using extremely vibrant and nice coloring in the artwork.      -Logos:  For its time I thought it was very lacking.  I would expect better of 2016.  However, it was not miserably bad, simply sub-par.  Still, quite lacking compared to the Legacy ones.  Sound:    -Legacy:  The Opening and endings of both previous Aquarions was great.  They didnt always use the music in the best way or time, but they had decent soundtracks that added a lot to the immersion of the anime.  They improved again with Evol.    -Logos:  Logos was about the same compared to the others.  they had nice music for the anime.  They did not always using it well though, and it was therefore not as impactful as it could have been.  The first opening and ending were not great, which matches up with how the first half of the anime went (not great).  This was the slow and boring half, and the opening and ending of the first half reflected that.  The second op and end were much much much better.  This is also reflected in the anime.  Characters:    -Legacy:  The older ones had lots of characters to work with, and used many of them quite a bit.  A few characters were not used that maybe should have been, but otherwise there was a plethora of uniqueness and enjoyable characters to get into. The charcter building was solid in both previous Aquarions.  You felt connected to the characters and cared about them.  Though there was less time with these characters than in Logos, you cared for them more, simply because the situations that built these characters and the character growth itself was so much bigger and better.    -Logos:  I struggled to care about the struggles of the characters in this one.  First of all, there were less characters.  Furthermore, even though the main characters were explored, their growth was difficult to grasp and therefore difficult to be sympethetic to.  I did not like all the characters, but the ones I did like got the shaft.  I could not hate the suppossed bad guy and honestly wanted him to be compensated in the end for all the crap he had to deal with.  In the end I was not extremely satisfied with how all the characters ended up, but it could have been worse. Summary:  For the most part the end of Logos was good.  It got intense and started to really shine like the older ones did, but it took too long to get there, and it was not enough goodness to make up for so much wait.  I was . . . . kinda sorta satisfied in the end, though like I said, some characters got the shaft, and to a few of those characters I wish that they had a better outcome than that, so not a perfect endingbut it DEFINITELY could have been worse.  So no worriesI reccomend watching Aquarion Logos, just dont expect it to be quite as good as the others. 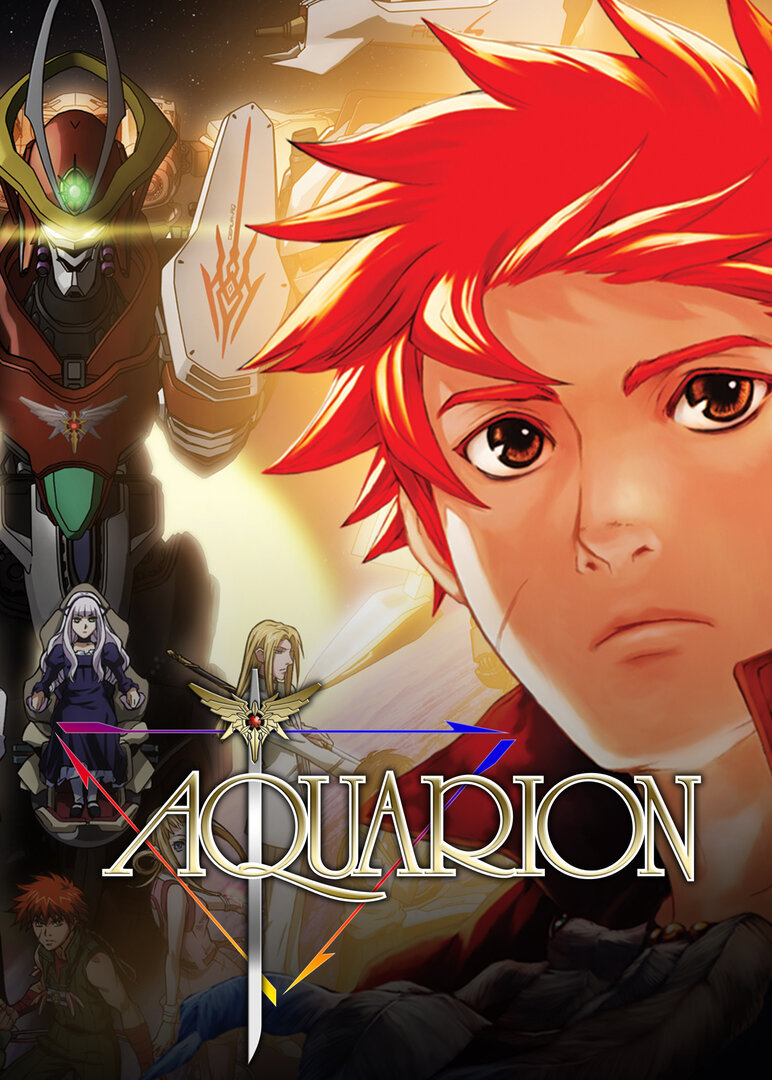 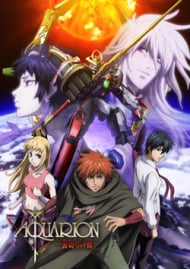 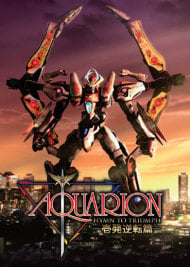 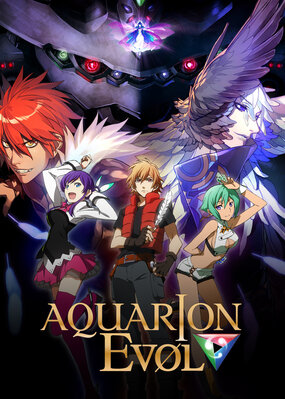 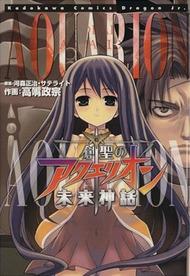 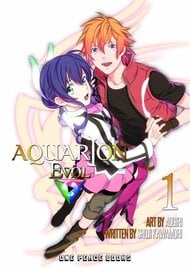