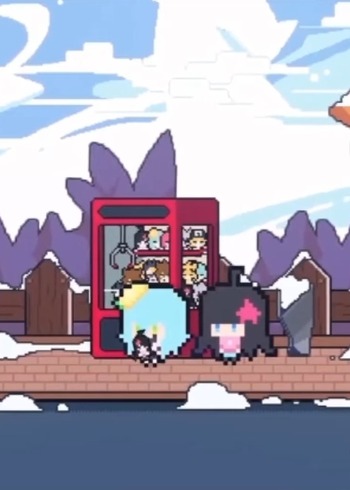 If you're looking for anime similar to AOTU Xueyuan: Ge Rui de Xinnian, you might like these titles.

Ling Long just wants to make some friends, but she is not the best at socializing, not to mention that her online friend has stopped replying to her texts. However, in an unusual turn of events, she suddenly gains the ability to see monsters and ghosts. Her normal life takes on a strange twist...

Qu Tong and Wei Yang are high schoolers who are just trying to live normal lives. This is proving to be a challenge, however, due to the fact that both their families are filled with otaku! With Qu Tong's father wanting to put her in embarrassing cosplay outfits and Wei Yang's yaoi-loving sister (with the guidance of their fujoshi mother) drawing questionable pictures of him with his male friend, Ye Shi, neither of these kids are having an easy time of it. But is it better to hide your hobbies to keep up appearances, or simply live life as your authentic self?