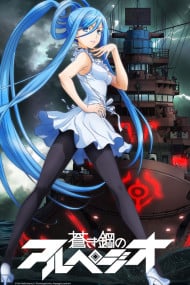 In the year 2039, global warming has caused a sudden rise in sea level, leading mankind to lose a great deal of land territory. At the same time, a fleet of mysterious warships clad in mist, known as the "Fleet of Fog," begin to appear throughout the world's seas, attacking humanity's warships with their powerful superweapons. Humanity threw all the military strength it possessed at the Fleet of Fog in a decisive battle, but was crushed by the fleet's overwhelming might...

Those with Shipping Routes

The Fortress Port of Yokosuka

The Power to Open a Path

Arpeggio is one of those shows which will forever be remembered as “that bad CGI anime with the battleships turning to girls”. Well, there obviously are far more things going on in it but who cares; you will remember it just for that, since it is ensnared in the middle of the uncanny valley effect. This is what it boils down to; and in case it went over your head the first time, allow me to repeat it once again: A show with bad CGI and battleships that are in fact cute girls. We live in the post Avatar era, fed up with schools and moe and THIS is what some create in an attempt to make us give a damn? What were the creators trying to do; spend money for the heck of it? Burning them in a fireplace would have the same effect and would also keep some poor orphans warm. Because as sure as hell it is not entertaining, so why not make a few poor children happy?… What? What is that you say? Some people liked it? It has lots of cool stuff in it? It’s very entertaining? Oh, that’s right, silly me, I was talking about myself all this time while writing a review that is aimed at everybody; I should take both ends of the spectrum if I am supposed to be objective. Even though objectivity does not exist. Anyways, let’s go over the several amazing traits of this show which apparently managed to mesmerize thousands of people. 1) The manga is good.Well, I guess that is good for the manga. This though is a review about the anime, so it doesn’t really manage to prove anything to its favor, especially when they omitted a lot of scenes during the adaptation. 2) The premise is interesting.You don’t say; the premise is interesting, let’s give it an 11/10 then. And here I thought you are supposed to DO something with it, aside from making it interesting. Wait, what is the premise again? Mankind is prevented from traveling through the seas because magical evil girls which turn to battleships are shooting at them. Since Japan is an island nation, they are trapped there, until a bunch of teenagers with hax powers save the day. Well, that’s interesting if you are still 10yo I guess. If you aren’t, well, it’s completely retarded. Not to mention, a rehash of Attack On Titan, which aired a few months prior to this, so it can’t even be considered an uncommon premise. Furthermore, we get so little exploration of the setting the story takes place in, that it doesn’t even manage to excuse its silliness. A ton of technobabble may have made the whole concept of magic girl battleships more plausible, and it turn would allow better immersion to whatever else there is in it. And nope, there isn’t any. Instead of that you get lots of badly fitting comedy and fan service, which makes impossible to take seriously a story about humanity being annihilated by doomsday devises. So no, besides a couple of interesting ideas, you get nothing else. 3) The battles are tactical. They sort of are. They don’t simply use raw force but occasionally head for stealth and deception. But then you realize only the lead ship, controlled by a cooldere schoolgirl, is the only magically powerful enough to defeat the other evil ships, which are controlled by stereotypical girls of all fetishes. You know, that sort of renders everybody else in the world useless. Tactics mean nothing if they are used only by a handful of people and work only against a handful of girly personifications of battleships. Or do you think any of these strategies have any effect if they are used by a normal ship? Without a universal usage, you are left watching hax superpowers versus other hax superpowers with the illusion of brain power thrown in. Sort of how Code Geass is plain retarded and just pretends it is smart and full of tactics. And of course let’s not forget how bad the CGI looks, which makes the battles even harder to like.4) The characters have internal struggles. Yes, both the human military and the evil battleship waifus occasionally argue and are concerned with one another. Because humans are afraid the good battleship waifu may turn against them since it can easily beat them all, while the evil waifus have a thing called personality, which makes them not following their programming all the time. That manages to make the cast 2-dimensional at times. Emphasis on “at times” since they follow the stereotypes pretty close and even their supposed development is predictable. It’s not like they are gray, or complicating, or something more than just not autistic to their surroundings. This detail is hardly enough to make them worthy to remember, especially when there is very little character development to back it up. Heck, the evil waifus get more development than the main crew, which remains as a barely explored bunch of teenagers throughout the series. You have a main character who boasts being super smart, and a main heroine who is an emotionless girl battleship, and that is pretty much all you get. The rest of the human characters get even less to remember them for. So yes, the villains get the entire spotlight, and even then it is hard to like them when the show treats them as sluts in need of a psychiatrist. There you have it, a show which did everything wrong and ends up being bad. Have fun not watching it.

There are few totally naval anime out there, let alone one that features actual combat, so.. Story: The main premise is that sometime in the future (shortly after the sea levels rise due to global warming) a mysterious and hostile force using what appear to be Second World War submarines, battleships, and cruisers and kown only as "the Fog" embark on a rampage, leveling anything made by humanity it can reach.  Eventually however, hope comes when one of the enemy ships is captured - a submarine. In actuallity though, the story mostly follows the escapades of I-401 (also known as Iona), her 'crew', and the other ships (did I mention that they're all female? Or that they all seem to adore the captian of the I-401?) they encounter while transporting a new torpedo type to the United States - one of the few nations that apparently has the capability to manufacture it. Along the way, though, it is found that those of "the Fog" can develop the capability to 'feel'; that is, that they can almost become human instead of being machines. In other words, it's a combat harem show...but instead of actual females, they're the "mental models" of the ships. So...essentially a ship harem? Animation: Done completely in C.G.I., it leant flexibility to the capabilities of the ship's weaponry, something that really helped set this anime apart from most of the other 'fighting' styled ones. For the most part, it was done quite well - most of the actions of the characters are fluid and the backgrounds are usually stunning. However, whenever there was a close-up or the like, the apparentness of the C.G.I. took hold. Music/sound: Nothing worth going "wow!" over, but certainly not the worst out there. The opening song was good, as was the closing, and the sound effects were generally done well. Characters: Most of them were quite flat; they usually expressed the same emotions/thoughts throughout, making them seem repetative, but not overly so. The main complaint would have been that the majority were never totally elaborated as to their backgrounds, thus making it hard to judge how much they changed, if at all. Overall: It's certainly a break from the usual, and while the characters may be a bit flat, certainly something to take a look into.

Story/setting: (5/10) The setting is interesting, considering there aren't so many naval-oriented battle anime, not to mention anything harem-related that has to do with ships. The closest thing to this I could think of would be "Vandread", though that one's in space. Although it is interesting it's also lacking in many ways: - there is no development resulting from actions taken over the course of this short series - no backstory or explanation is being provided as to the origins or cause for existance of the Fog. - seems like there is no real purpose to the bad guys being there except for the vague "admirality code" that states to stop all water-based trafic (in which case the logical step would be to abandon the seas and simply develop advanced flight capabilities using the new technology) Animation (2/10): This is the major "bummer" in this show. Even though action sequences (especially laser shots, missile launches, etc.) seem to be polished the characters are plain terrible. The drawing is in 3D making all the models look completely lifeless and sometimes you feel like you're listening to a bobblehead doll express it's feelings. This is especially terrible when put in context with the harem setting this anime was going for. Overall having drawn a single frame and making the characters not move at all would make some scenes more believable and less lifeless than what the 3D animation did to them. Sound (5/10): OP song is worth mentioning, voice acting is decent although the effect is lost when combined with the terrible animation technique. As for the SFX or music - nothing to write home about. Characters (5/10): Characters are unique, interesting and probably the best point of this show. There's a variety of mental models for the ships as well as the crew, however there is completely no backstory for them. We have no idea how the crew made it to the ship or where they met, we only see how the protagonist met the I-401 briefly. There is no story behind around 80% characters introduced in this show, be it friend or foe. As mentioned earlier the animation does not help the character case either. If and when the character models display any feelings it feels like someone painted eyes on a balloon and made it cry. Summary(4.25/10): Something that could have been really unique and interesting and ended up feeling rushed and generic mostly due to the terrible animation and complete lack of character backstory or an interactive setting. I'd recommend watching Vandread instead if you haven't already. 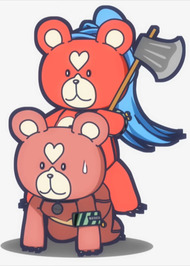 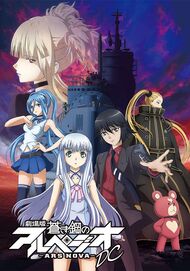 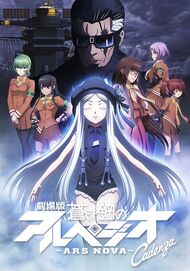 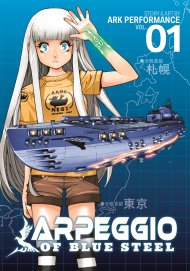 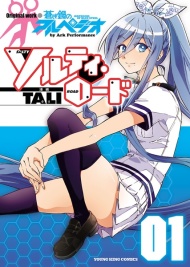 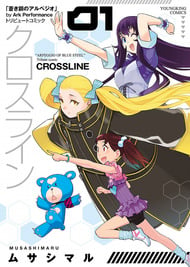 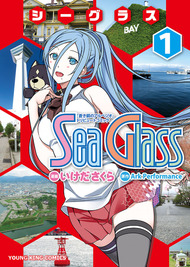