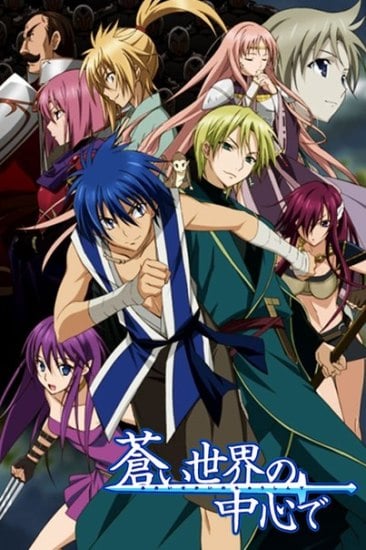 I'm at a loss for words. This is terrible. I've seen better writing on wattpad. This is basically Sonic the Hedgehog fanfiction. The characters are terrible, they have no development and it starts of thinking the audience is suposed to know them. The first episode starts with Til (or whatever his name is, it's totally not Tails) dying so his brother Gear (totally not Sonic) joins the Segua (totally not Sega) army to get revenge on the Ninteldo (totally not Nintendo) empire. I know it's supposed to be based on the 16 bit console wars but at least try to be more interesting with your naming.Except for Gear who has an actual name and not just Sonic spelt wierdly to not resemble the original thing he was based off of. Who is Til? Why should I care about him? Is he dying a reference to Tails dying a lot in Sonic 2? At least explain something before you start off on a tragic not. In the end, though it's bad, I find it to be a guilty pleasure. If you have nothing else to do and want to laugh at stupid stuff, I highly recommend this but watch it with friends. You might also like it if you would like to see humanised Opa-Opa thinking humanised Sonic wants to have sex with her (?, I don't know Opa-Opa's gender but in this she's female so).

A short and average series. The plot and characters are mediocre. The interesting idea of using console wars as a background is not used to its full potential. Nothing surprising to be found here. 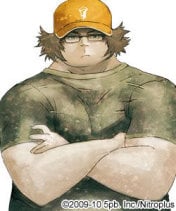 The kingdom of Segua is losing its war with the empire of Ninterudo, and its last hope just may be a speedy youth named Gear.

This show is an anime version of the console wars of the 90's (in the absolute loosest sense.) Each character in the show represents a character from a game (or sometimes a game itself). The main character Gear is clearly modeled after Sonic, and the leader of Ninterudo, Marcus, is supposed to be Mario.

Sounds like at least an interesting premise with some potential right? Well, while I believe the potential is there, I think that the actual delivery of the story is, well, confused. I keep saying potential, and that really is the key word for this series. It has so much that it will keep you watching just to see what they do. And what they do is, well, less than amazing.

Don't get me wrong, its not all bad. There is some humor in there (along with and excessive amount of fan service/innuendos), but both it and the action are never properly built upon. You just feel disappointed because there is so much more they could have done with it.

As it stands, its ok. The opening was nothing special, and the ending even less so. There are certainly a lot worse things out there to watch, and with only 3 episodes (at least so far?) its a quick watch through. For the time invested, it may well be worth it to any fans of retro video games, especially in trying to play "Who's that personification-of-a-video-game?" (We're working on a better name for it.) For everyone else, you could do worse, but the winks to the retro gaming fans pretty much makes up most of the appeal here.

Aoi Sekai no Chushin de is a fantasy adventure set in a made up world of ancient warring kingdoms filled with supermen and superwomen called 'Killers' who fight each other over the flimsiest reasons.

I have watched the first three episodes of this and I am not sure if there is going to be any more.

The first episode is dreadful but it picks up a little bit in the second two. The animation is below average by today's standards, the music and sound is very mediocre. The plot is very predictable. The characters are a pack of the usual archetypes. The protagonist is the typical shallow invincible characterless simpleton. The dialogue is hilariously bad. And there is fantastical levels of fan service.

interesting the way they humanize each video game character,
the sad thing is just that we all know who wins in the end.

it is weirdly kind of perverted though, this is honestly made for video game know-it-alls.

Surprisingly there's also no conclusion for us in america, you'll only be able to find 3 out of 10 episodes online.