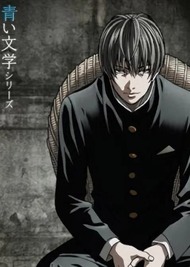 Sometimes the greatest distance is between people. Whether a man alienates himself from society with a façade of cheerfulness, or two friends fail to communicate their feelings of betrayal, invisible barriers plague mankind. Although love should bring people together, when a stoic renter and a dutiful monk choose to court a widow’s daughter, their mutual affections drive a bitter gap between them. During each encounter filled with mistrust and despair, the flaws of human nature slowly reveal themselves... 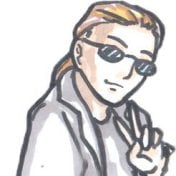 Aoi Bungaku Series - A Secret Santa 2014 Review Aoi Bungaku Series is a collection of adaptions of classical Japanese literature from the early- to mid- 1900s. Each episode is started off with a brief talk about the author and his history, as well as a hint of what will come. I feel like it would be hard to review it without first separating the different stories a bit, as they are quite different from eachother, so without further ado: No Longer HumanDark, quite possibly the darkest of all the stories, descriptive of depression and mental illness as well as social problems and the feelings of being an outcast and not understanding others. Very serious mood and animation.In the woods under the cherrytree in full bloomHumoristic, but with a dark twist, covering how one should be honest with themselves but also perhaps not always be too accomodating to the request of others. Comical and exagerrated animation.KokoroA short story of love, betrayal(?) and  told twice from two different perspectives, the rich man who has it all, and the poor ascetic who he decides to take in. Expressive animation with some interesting use of palettes.Run Melos!A very immersive story about a writer who gets a job that strikes a bit too close to home and makes him remember the unfulfilled promise with his best friend.The opening line of "Is it painful to be the one who waits, or is it more painful to be the one who makes others wait" perfectly captures the theme of this story. Animation is expressive and lively.The Spiders Thread & Hell ScreenTwo short stories interconnected in a very nice way (makes me want to check if the original stories share the same connection or if its a change they did for the adaption, they are by the same author though) about sins, punishment and perhaps also salvation. Animation is bright and colorful, yet beautifully contrasted by some interspersed bleak scenes.All in all I really liked the series, my favorite parts where probably No Longer Human and Run Melos!, who coinicidentally also have the same author, the series did make me want to check out more japanese literature too, since I realized I haven't actually read anything of it earlier.Pros:+ The Animation really fits each separate part+ Very good storytelling and stories+ Makes you want to read more books :DCons:-Lack of uniformity between stories makes it seem less like a series and more as a couple of short series bundled together.- The order of stories could have been made more uniform by putting both No Longer Human and Run Melos! together in the start, and then perhaps In the Woods Under the Cherrytrees in Full Blossom after that, as a contrast more close to the middle imo. 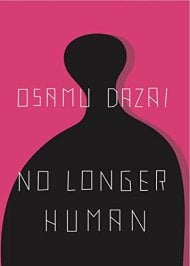