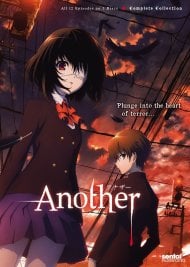 Another, is an anime faithfully based on a novel written by Yukito Ayatsuji. Available in both English and Japanese, is felt more of a mystery than a horror, yet with some horror aspects, I found this anime to be the best audio-visual 'horror' experience so far in life. Why do I think so? Animation/Sound The animation is modern and clear, as is to be expected. It doesn't have too much of a unique look, however there are no faults with it for the most part. The sound is pretty good, the exceptional music is used to set the mood and even the calm, seemingly positive outro music had an eerie feel after a while. The english dub does the job well. Story The most important aspect of this anime is the story. It is a mystery and a very well written one at that. The progression is complete, so it doesn't require a sequel, though it could be argued that there isn't a reason not to. What I enjoyed the most about the story was that it was unpredictable and reasonably so. There is a lot of foreshadowing, which most people won't notice when they first run through. The ending makes sense as there are clues all throughout which I mostly noticed in a second watch of the series. The synopsis can be found on the main page. Characters Characters were done very well, which may have been due to the fact that this was a novel. The main characters are followed throughout the anime and there is reason why these characters are more significant. It seemed like a few characters were cut short and weren't shown enough, but again it is to do with the story. I found it rather funny that this anime has a beach episide, however it is still to do with story and there is no aspect of ecchi in this anime. Conclusion I would recommend this anime to anyone, yes, anyone. I showed it to someone who was into horrors but not into anime and they thoroughly enjoyed it. If you do watch this anime do not look it up online, as there could be spoilers, for example on the wikipedia page for the novel. I recommend against a marathon as this anime is it its best when watched over a long period of time. It is mentally engaging to think and to try and solve the mystery in your head and speculate after each episode. If anything, watch the same episode twice on your first run and see if you notice certain things. Family-friendliness rating: 2/5 - No pervyness, but being a horror means certain things may be unsuitable for a younger audience (lower is better) Overall rating: 10/10 (higher is better)

Finally! Finally, an anime is recommended to me as a horror anime, and Another really is! Horror is not a genre that, in my opinion, is well represented in anime. Too many so-called horror anime rely only on blood and death to provide the horror and this, to me, is not horror. True horror also should include the element of suspense. Nail-biting, sitting-on-the-edge-of-your-seat, ready-to-scream suspense. Another gives you suspense. It also gives a nice mystery, as well as providing the blood and deaths for those who need that in their horror. It is the whole package. Kouchi Sakakibara has transferred to a new school. He knows it is the school which his late mother attended. But what he doesn't know is that the ninth grade class in which he is enrolled has a secret. A secret of death. A secret no one may speak of, lest they trigger calamity. Classmates and family members will die, at least one per month, unless the secret is countered. But how can Kouichi counter it, when no one is willing to talk or give information? The animation in this is very good, motion depicted fluidly, with vivid, realistic backgrounds. Creepy dolls, many dismembered or decapitated, set up a spooky and threatening atmosphere. Effects are done especially well. Lighting is used persuasively to enhance anxiety, create mystery, or portend ominous events. Blood drips and pools, fire looks like it will spread right off the screen. Only one area is not superlative - the character designs. Characters look like any other generic anime characters you may have seen. You could drop Kouichi or Mei into another series, and they would blend right in. Lead and secondary characters are distinct and identifiable, but not really memorable. Lesser characters are interchangeable and forgettable and often totally undistinguishable from one another. Soundtrack for Another is totally on the mark. From the edgy and tense opening theme song to the eerie and chilling background mood music, the incidental sound does a great job of keeping up the level of anxiety and anticipation for what will pop out at us next. Ending theme is a nice quiet piano ballad, perfect for soothing jangled nerves incurred from the turmoil of the episode. Character backstory is well developed, but you never really feel immersed in these people's lives. Which turns out to be a good thing, since their lives could end at any time, and many of them do end early. Kouichi and Mei, our lead characters, are fleshed out and given a basic unique personality, but there is no real character development or growth as this story only lasts the length of one school year. Koichi at the end of the series is still pretty much the same as the Kouichi who started this journey with us. If you, like me, have been wanting to see a true horror anime, watch Another. It will satisfyingly provide chills and thrills, fear and doom, mystery and doubt. 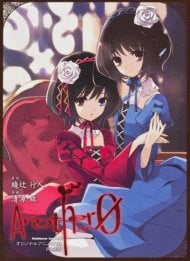 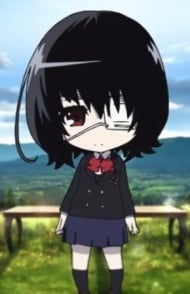 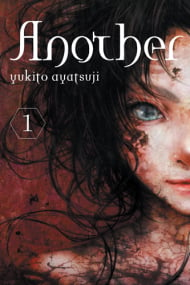 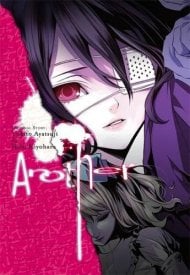 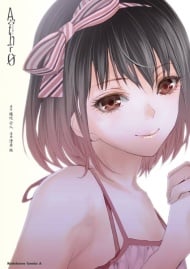 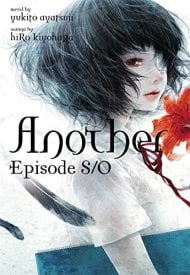