Anohana: The Flower We Saw That Day - Recommendations 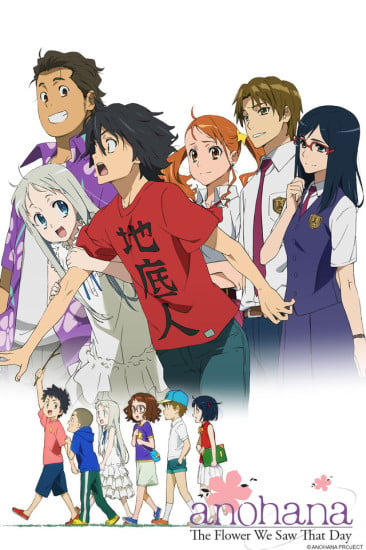 If you're looking for manga similar to Anohana: The Flower We Saw That Day, you might like these titles.

A kind janitor gets trapped in a middle-school girl's web of lies.

“If you’re okay with me, you can use me.” Oushirou has held years of unrequited feelings for his childhood friend Koba. One day, he’s drinking in a bar, when a man named Inamura chats him up. He’s suspicious by Inamura’s loose personality, but suffering from his unrequited love, Oushirou looks to his kind and easy-going hands for help. A bittersweet love triangle between a mysterious, kind man, and his childhood friend.

Touko and Kanade used to be close as children. With Touko outgrowing Kanade in height and starting modeling, a distance is created between those two. They treat each other coldly even though they have feelings for the other. Will they overcome their differences before Kanade moves far away?

Childhood friends, Danzou and Shou, run into a dangerous bump in their relationship when Danzou reaches puberty ahead of his smaller friend and begins to see him in a whole new way.

No matter how much he thinks about that guy, his best friend already has his lover by his side. In high school Yuito couldn’t let go of the unrequited love he kept under wraps. Nevertheless, ten years later is this a destined reunion with that best friend, Shougo? However, when he finds out that Yuito has a sex friend, Shougo is filled with rage!! Why does he get angry, even though he also had a lover...? Then he comes to the bewildered Yuito to confess: “I’ve always loved you”?!

Two's company and three's a crowd...But when the third wheel happens to be a ghost, the results can get interesting. Yuuya is caught in the middle of a supernatural love triangle between Kyosuke, the ghost, and his childhood friend Katsuki. Who will he ultimately choose in this tempestuous three-way love affair?