Anohana: The Flower We Saw That Day Movie - Reviews 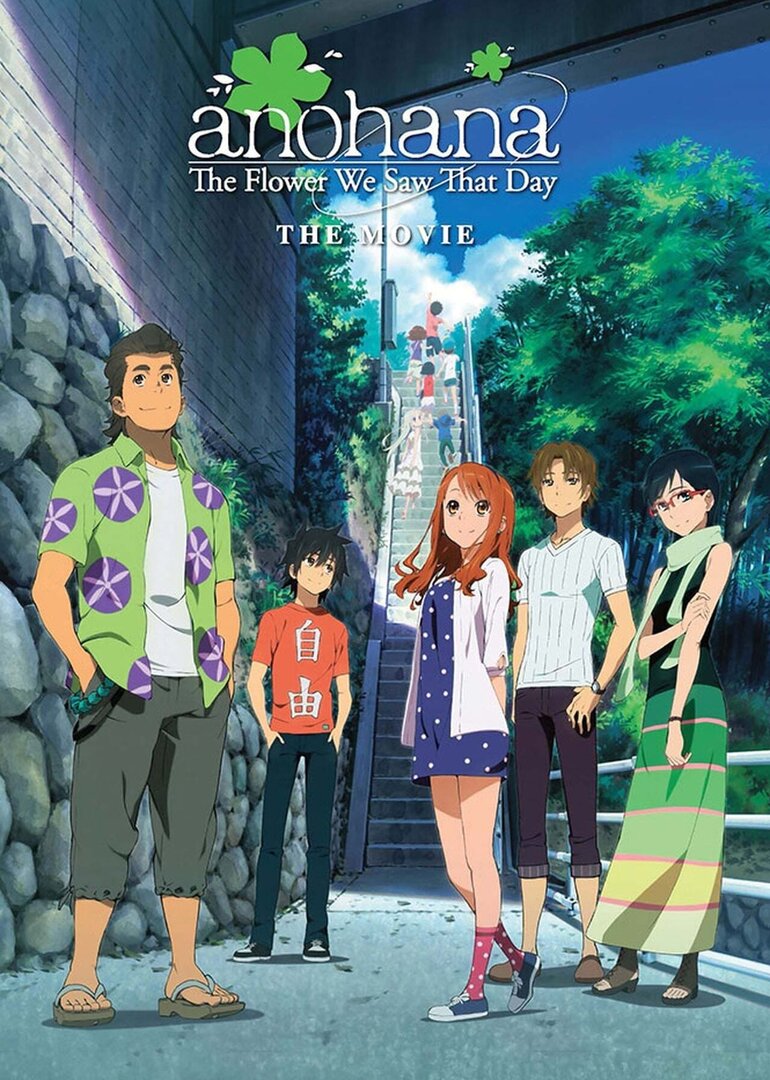 The new flashbacks presented added a little more depth/meaning to the very end of the anime, I thought, and the very end of this movie was a little more hopeful than the anime's end, but... There was so much old content that I was bored out of my mind. I mean, I watched the entire anime in about two days, and then watched this movie less than twenty-four hours after finishing said anime.

If you really want to watch this movie, either watch it after not having seen the anime for awhile, or just skip over all of the flashbacks. The actual new content in this movie isn't bad and I prefer the movie's ending over the anime, but the goodness of it is spoiled by how long this movie was dragged out by old content.

Those who give it a bad review or so dont understand the meaning of this anime they dont have feelings, If you saw the series and cried and enjoyed that story i recommend to watch the movie to have closer for this anime There are flashbacks and some that havent bean in the series itself but it is still worth watching agine.

It was one of the most loveble characters i cried for, Menma.

"We Found You Menma".

*mild spoilers for the anime (not the movie); I definitely recommend you watch the anime first.

Well, I have to say I was pretty disappointed with this movie. After falling in love with the anime series, I went into this movie with reasonable expectations. I'm also a huge fan of the writer and had just finished Maquia, which was an absolute masterpiece in my opinion.  However, I was left feeling wanting after this had ended.

The story follows five friends who, a year prior, were visited by their dead friend, Menma.  Over the course of that experience, which was the original anime, they are able to help Menma move onto the afterlife.  Now, a year later, they're meeting again in Menma's name and have rekindled their friendship. It sounds beautiful, right?  And it should have been, but the issue is that there were so many unnecessary flashbacks that took up maybe 70% of the movie that I forgot I was watching a movie that was supposed to stand alone and instead just watching a recap of the anime.

As I've seen AnoHana, I was able to keep up but I imagine this would be insanely confusing for people who haven't seen the original anime.  I'm not sure that's how a movie should work.  It should give enough information to catch people up, sure, but it shouldn't dominant the entire film with old content, leaving viewers wondering why they're even watching this movie in the first place.

The animation, as usual, was flawless.  I've always been enamored by Mari Okada's art style.  It's a perfect mix of whimsical and realistic.  The backgrounds are gorgeous but the characters are relatable.  Well done!

The sound was also beautiful.  I don't remember being as in love with this soundtrack as I was with the original anime, but it was certainly something.  The instrumental musical backgrounds serve their purpose to enhance the more dramatic scenes.  A very beautiful soundtrack for sure.

The characters...I do have a bit of a gripe with the characterization. Because of all the flashbacks, it was a bit difficult to separate the friends from a year ago to the modern day.  That was kind of a bummer because you'd think that a movie that is supposed to take place a year after the events of the anime would show more growth.  However, with the exception of maybe Anaru, there was very little growth shown.  This was such a missed opportunity.  The director and writer could've really dug deep to bring quality maturity and growth to each and every character involved but all of that was drowned out by the copious amounts of flashbacks.

Considering the characterization was what drove the success of the AnoHana anime, this was the biggest let down of all.

My personal enjoyment is maybe around a 6/10?  The only reason it's a bit higher than my official score is because I have seen the anime and I was trying to see from the perspective of someone who hasn't when writing this review.

Overall, I kind of think you can skip it.  Unless you're a diehard AnoHana fan, I don't really see the need to watch this, but if you do, I hope you enjoy it more than I did.

FUCK THIS ANIME OK. I fucking hate it. It made me laugh, it made me cry, it made me laugh through tears and it absolutely destroyed my soul. I don't even have words anymore. I love it so much I hate it. Literally the best anime of this kind out there. I'll go bury myself in tears now. Bye