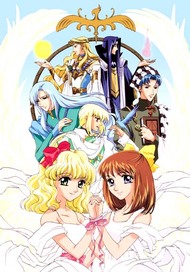 StoryWhat do the following things have in common: eating my leg off with teeth that have been ground down to stumps, shoving ham sandwiches in my nose and mouth until I die of suffocation, and slowly peeling my toenails off with toothpicks? Answer: things I'd rather do than come near Angelique again. From the depths of hell comes Angelique, an OVA that reminds us that there truly is not a god for making us watch something this terrible. I feel ill just writing this review, but I feel it's my civic duty to let you all know what a steaming pile of shit this OVA is, so you can avoid it like the plague. So, first let's talk about the story. Oh yeah, that's a problem considering NOTHING MAKES SENSE. Since I can't coherently tell you anything about the plot I've decided to try to explain what I understood in narutard-speak: oMgz!!!1! ther r theze pepl who all seEm to no each othr and two of dem r quEEnz or someting. then der's a dood named Arios who came (keke i said came!!!!) back from thE ded and ZOMG wants 2 kill everyone! omG look out, ARIOS IS ON THE LOOSE! lol!!!1!!!1 No, seriously folks, the plot makes no sense at all, and this was Wild Cardz caliber as far as how badly I didn't want to finish. In the chat room, I kept citing exactly how many minutes I had left, and how happy I was it would finally be over. Angelique is based on a series of games, and supposedly (NO SHIT) you have to play them to understand what's going on. The problem is, unlike other things like this where you at least have some inkling of what's going on, in Angelique you have zero. Plenty of things in the past are eluded to, but never explained even a little. I had more inspiration cleaning my fridge than watching this sorry excuse for a plot. OK, so we have all of these characters who meet up again one last time, with one girl having flashbacks of the dead Arios for some reason. Were they friends? Butt buddies? I'd guess the latter, but we never know. Anyways, many strange things are talked about such as different cosmos, multiple queens, and events that just make no sense, and then OMG we see the dead (?) Arios come back to life with an insidious goal to kill both queens. Why? You'd be much better off asking what the hell the creators of this OVA were thinking for making it, because as with every other plot point, it isn't explained. If I owned this DVD, I would vomit on it, cut it up into pieces, feed it to my cat, then wait for him to vomit, collect the pieces, mix them with some battery acid and then fly to Japan (coach, since I can't afford first class) and shove them down the makers' throats. Finally I'd wait for them to vomit, collect the sludge and flush it down the toilet while singing "DING DONG THE WITCH IS DEAD" in full bravado.AnimationThe visuals are easily the only things going for this trash, but even they have some problems. The characters look as generic fantasy as it gets, with a variety of weird hair colors and huge eyes. The males are all incredibly shounen, which is fine, but they could have at least tried to be a little unique and original (which they weren't). One of the males in particular looked extremely like a she-male, with very bizarre FLORESCENT MAGENTA (did someone color blind choose this color?!) hair. That's really where the visuals failed: the colors used. Sometimes, the scenes had ridiculously bad washed out colors such as lime green and off pink, reminding me of such things as Triangle Heart. If you watch this for any reason, do it for the visuals, but they still aren't terribly fantastic (even though the screenshots I took make it look like they are).SoundThe intro song was full of wannabee metal music, which sounded ridiculous and terribly out of place. Then again, since the story was such garbage, I guess it makes sense to have garbage in the intro music, right? The only other comment I'll make about the music is the extremely bastard-like ripoff of the song from Edward Scissorhands. Man (to whoever put this in the OVA), if Edward heard this he would come slice your ass. I find it offensive to this great movie that something this similar would be put in the loins of the such filth. UGH! The music in general was either forgettable or the above-mentioned. Bad news all around. Voice actors for the shounen boys sounded very out of place and odd, but familiar, considering a lot of them were the same voice actors of every other shounen character in existance.CharactersWell, there were certainly a lot of characters, but all we really catch for any of them is their names (which we forget easily). They all have some sort of history together, but it's never explained. Relationships exist but don't make sense, and in general, the character development is zero. I don't even want to talk about the characters anymore. To sum it up in one sentence: OH MY GOD TERRIBLE.OverallOverall, Angelique is one of the worst things I've ever seen. The visuals just don't save it -- it's CRAP. Zero storyline, bad music, and in general a terrible watch. If you've played the games, maybe you'd find some sort of masochistic pleasure in watching this. Otherwise, I'd rather climb in a cage full of rabid badgers than watch this again. After I finish this sentence, I will officially force myself to forget any memories of this terrible ordeal so I can have faith in anime again. Starting... . . .. now. 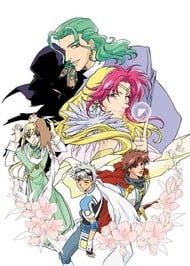 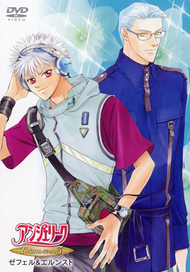 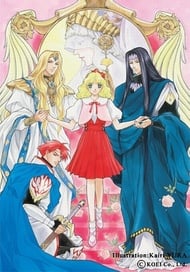 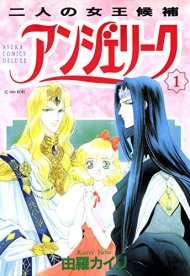 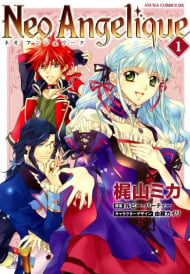