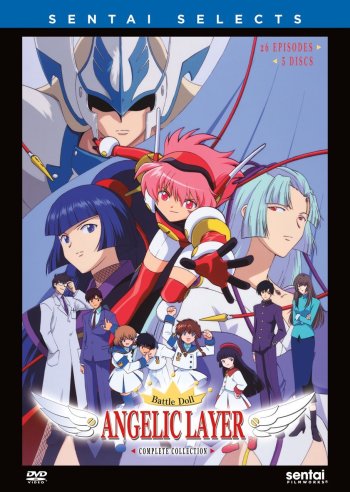 CLAMP are amongst the most famous mangaka artists in Japan. They have produced many famous titles and have created many all time classic characters. Sadly, the thing that makes their stories so interesting is the same that eventually bogs them down. They rarely develop and if they do, it is usually rushed and in the final parts of the story. That is seen as a hook for most who keep watching in hopes of something good to happen, only to be eventually disappointed most of the times with stories which have catchy themes and potential for greatness that are just ruined in the name of cute characters doing silly stuff.

I won’t lie, cute sells. So does taboo romance, a thing CLAMP throw around in their stories all the time. Most of my interest in works like RG Veda or Card Captor Sakura was about finding out what would the outcome of all those kinky relationships would be. Plot? What plot? Who cares about that? Gimme cute characters in kinky relationships!

And this is eventually what makes Angelic Layer to be one of their least good works. The story is again two lines long, the characters are static to the most part as usual… but there is no kinky romance to cover for all that! Yes, it sounds pretty lame saying such a thing but trust me; most of the appeal CLAMP stories have is their characters’ weird sexual preferences. And this particular title has almost zero. It has just a “normal” kiddy romance with the only twist being a possible triangle that is never escalated into a cat fight. No catfight = no romantic triangle. Well that ruined most of the appeal!

Even the concept of the story ain’t very interesting either. It is basically proxy battles around a children’s fighting game. And not very violent or exciting either. If you happen to have watched the similar Plawres Sanshirou, a much older and yet much more action-based series, you will understand what I mean. The robots there were shred to pieces, oil was spilling around, they needed maintenance, they had upgrades, they needed basic programming based on martial arts! Those were damn entertaining proxy battles! This is just Barbie the Wrestler for Pete’s sake!

Furthermore the story doesn’t even try to exploit its own concept in ways it doesn’t feel so simple. I mean, the Angels are supposed to be fighting dolls that move through their master’s brainwaves. Plus, it is stated several times that they resemble their master’s behaviour. If they had bothered to show the dolls having emotions or slight free will outside of battles, I would have liked all this mess a lot more. Imagine Misaki’s doll saying or doing anything she is too afraid to say or do herself. Imagine the same for everyone else, having his or her doll being the expression of their real inner selves that they can’t show directly. But nooo, they are just mooks. They play no part in the story whatsoever. They are not even characters! Just dolls their masters play with, like middle aged otakus.

So there you go; wasting the thing that could have made this anime great. The dolls are just… dolls. Their only purpose is product placement and a weak one too as I was never interested into buying them not even for e second. On the other hand, I was going crazy to play Pokemon after a few episodes, just to give you an example of how not attractive the dolls are. And hello, is it me or are almost all dolls females dressed in skimpy outfits? Was that some sort or attraction for plamo fans? I’m sorry, we have Queen’s Blade and their peripheral titles for that. That’s it; Jumaru, kick the shit out of them!

So is there something worth watching in this series? Animation and sound for example? The battles are somewhat done nicely, with basic choreography and high octane music playing in the meantime. But they are all so… bloodless! No fatalities, no dismemberments, not even shred clothes most of the times. Some say it is just a show for kids but I say I had Jumaru level of violence 20 years prior and it was about monstrous brutes ripping each others’ arms off. And now I got Barbie the Wrestler serving tea to Ken. What is that you say? Anime are getting more watered down as time goes by? Well excuse me then for finding newer anime to be worse than retros because of that.

Outside of the battles, the rest of the animation and music is just average to good. The setting is somewhat futuristic and the characters are cute but it ain’t something worth remembering. The story is as I said, a typical CLAMP one, good premise that goes nowhere. It’s just a girl who is looking for her mother and, oh, just starts playing a game with dolls for fun and, oh, wins all the time against pro players despite being a rookie and, oh, a friend of hers likes her and, oh, the champion in the game so happens to

What a croc of a plot!

Overall, this is quite the passable title with almost zero replay value that has very little to offer if you have watched the tiles bellow.

ENJOYMENT SECTION: 1/10
Too basic and effortless to mean anything in the longrun. 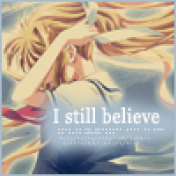 (Warning: this review may contain some spoilers... if you like to live in a trapped and flowery world, do not read. You have been warned!)

Looking back at the the anime trailer for angelic layer, one could feel slightly excited that this may have a similar feel to Cardcaptors. Sadly, after finally forcing myself to watch all 26 episodes, I could only conclude that this anime was one of those "back-in-the-day-typical-shoujo-anime"

The anime is based upon a girl named misaki who ends up taking part in the game called Angelic Layer, where the players compete against others using their dolls (dues). These dolls are connected to the player and act out the actions the player thinks. This concept is what I have found to be the most interesting part of the anime; with effort and creativity, I believe this could be fully explored and we could see real potential of it becoming a sucessful anime as the likes of beyblade or yu-gi-oh.

Particularly at one episode where the viewers get to see Athena fight for the first time, this is the only time you get to see the potential of what could have been a seriously good action anime.

Unfortunately the story dithers away from this possible potential success, to the pitiable main character, misaki. It starts to revolve around her and her mother with each episode becoming a countdown of their reunion, and like in all shoujo anime, her living the life of "a normal girl" and "making friends".

I found her voice a bit too high pitch and at times she seems as a fragile and weak character that you just wanna hold and watch her as she breaks into little fairy dusts. All the other characters are also quite hollow as they all possesses generic personalities that somehow meshes into "everyone is caring, happy and FRIENDS FOREVER!"

But the story doesn't stop there, as with all shoujo anime, there has to be love! <3 And this is the bit that ends up being the most interesting and sadly, the most dreaded. Throughout the anime, you are constantly questioning the status between the main character and "ohjiro-san" (the noble prince)- not to mention we discover that he had a hidden crush for a very mature woman...which...ends up being her mother. Also.... the older brother... is in love with the mother as well.

Can you feel what I was going through? Most of the time, I was cringing that there may have been an indirect incest going on, pairing the mother with the older brother and the daughter with the younger brother. And did the younger brother, "ohjiro-san" (noble prince), fell in love with misaki (main character and daughter) after he lost to her?! WHAT! ? But it does turn out that he and his brother are not blood related so I guess that is still okay....right? o.O?!

Honestly it was still quite uncomfortable espiecially for an anime that seemed to aimed at  kids and young teens, it is not what I expected to see.

And the final match?....ppffffffff....was like watching the animation director confuzzled on whether he wanted to make a "mother chasing daughter scene on the seaside, froliking and giggling while the sun sets" meets "I still wanna beat you down!". The mesh of these elements didn't really go well together and I was left confused of what I should be seeing.

Overall, angelic layer had a lot of contrasting elements that did not go well together. If based on the actual concept, this may have a really good anime. Those who are looking for a feel-good-shoujo anime, this should be last on your list. Experienced watcher, I recommend to ignore.

at first i thought the anime was going to be somewhat similar to the 2 thick manga books. I WAS WRONG! the anime was similar at first but when the ending was nothing but complete baloney. In the manga Misaki and Kotaro end up going out. Tomoya and Ohjiro went out. But in the anime Tomoyo and Kotaro end up together. Tomoyo's jelousy was just a tool for plots sake and did not work as well as the creators thought. Also in the end Mizaki was in love with Kotaro but since Tomoya was SOOO jelouse she took Kotaro and left Misaki byherself. I also had a feeling as if Tomoyo's and Kotaro's relationship was just forced and that Kotaro really in the end did not even like Tomoyo. Tomoyo is such a child.

This is a wonderful series I would encourage anyone to watch. It's very exciting and entertaining, as well as makes you wonder what will happen next! The main character is easy to root for and the anime makes you feel like you are right there along with her.

The ending is very touching and uplifting, I really enjoyed this anime, and I think anyone else would also! I definitely recommend this anime.

I really loved this the overall storyline was very cute and ended with no big questions unanswered. It was really heart warming, bitter sweet and cute throughout the anime, and some of the character were very funny and side relieves from the at times intense moments. Though no 2 characters eally stood out that i would ship since this was more of a mother daughter anime,I guess my fav couples would be Icchan and Misakis mom and Ohjiro and Misaki. Overall very lovely anime and i'd recommend to anyone who likes animes with a lil action, romance, and somewhat comedy~