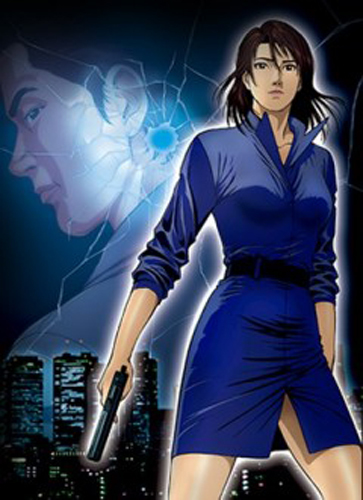 Codenamed Alice, she's an expert assassin......well, a trainee assassin. But she's still highly-skilled with various forms of firearms, and she gets the job done...

For four decades, Golgo 13 has been the world's greatest assassin for hire. Sometimes to settle a private score, and sometimes to change history. His real name and nationality are unknown but his legend is everywhere. G13 never fails a job and never sees his clients again. Unless they try to betray him.

MIHAI, the "Weepy Old Killer": A former hitman now trying to live a quiet life but haunted by the deaths of his victims and his lover. BADOU, the "Gun Smoker": A chain-smoking "information broker" and hired gun whose reckless façade hides a serious intent. NAOTO, the "Blade Maiden": A preternaturally skilled swordswoman with a single desire: revenge against the assassin who cut down her family. HEINE, the "Stray Dog": A cipher with a metal collar bolted to his neck, a disturbing talent for mayhem, and a childhood sacrificed to the thing known as "Kerberos." Driven by their ghosts--both dead and alive--and their desire for truth, all are struggling to solve the secrets of the past while surviving the dangerous present--by gun and sword and courage and luck.

A spate of mafia assasinations occurs in America, the work of the mysterious organization named Inferno. "Phantom" is their most strongest and capable assassin, however a lone tourist witnesses Phantom's latest act of murder. He unwittingly exposes the top assassin's true identity, a young girl named Ein. Witnesses are usually killed, but the man is captured and taken to be brainwashed into "Zwei", Inferno's newest assassin, with no memory of who he is. From this point on, Zwei is drawn into a world of conspiracy, deceit, and violence.

Follows a dual gun-wielding protagonist who makes makes a deal with the devil to reap the souls of sinners.

A unique take on the 'assasin-for-hire' story, as the assasin 'Tsubame' actually is four different people with four different modes to kill. Penguin is a small quiet kid who has beastly sniper skills, Washi (Owl) has a huge gattling gun grafted to his shoulder to mow down his enemies for the sake of 'justice', Suzume the cute girl who wields dual pistols, and of course Tsubame himself who prefers huge rifles and martial arts. The four have a mechanical arm which when switched allows one of the others to take control. How did Tsubame end up this way? What is the secret of the arm?