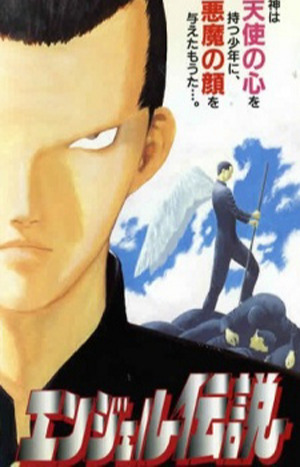 This is sadly one of those anime that would have been really great if they had finished it, instead we are left with nothing more than a teaser of what "could have been". Too bad really this had really great promise for it's time, but considering it's so old I doubt they will ever finish it now.

I guess this was supposed to be a 40+mins ad for the manga and it worked,these 2 episodes really made me want to read it.The anime starts by introducing us to the creepy looking main character Kitano who despite his devilish look has the purest heart ever.We then go through his daily comedic yet sad adventures of being misunderstood and falling into trouble while having the heart of an angel,even if it's for a short period it still made me love the story and got me emotionally invested.It's too bad the manga didn't get a newer adaptation because these 2 episodes already show a lot of potential,more stories to be told and more characters to be developed

One of the gratest stories but unfortunately someone decided to do just two half-assed episodes, it ends in a mix of a promotional video for the manga and a sudden cancellation.
the original story certainly deserved the animation in this 2 episodes everything just happens so fast that it seems rushed. on the technical part taking into account the year it was made it isn't that bad.

In the world of Angel Densetsu, people like to scream and shit their pants before talking about the  problem like decent, ordinary folk. Miscommunication abounds as a result, and it's this punchline the entire show lives and dies by. It's a shtick that gets real boring real quickly, and it doesn't help that Demonface Kitano himself is so oblivious to everything around him. He appears self-aware at first, since he knows people think he's scary. He goes out of his way to avoid misunderstandings and actively tries to be a good guy despite the face he was born with. But the moment the proverbial you-know-what hits the you-know-where, all common sense flies out the window and Kitano's left flailing his arms and shrieking like a mad bat straight out of hell. Apparently, this is all the warning people need before they start fleeing for their lives, no matter how loudly Kitano yells out his true intentions.

The comey didn't age well, is what I'm saying. Even if there was a good concept here, most of it's ruined by the singular and tired punchline the whole show rides on. Then again, Angel Densetsu only has two episodes to its name, so it didn't have much of a chance to flex some real comedic muscles and explore the other ways Kitano might have struggled to fit in. Of course, all this is hardly the show's fault, but with the way a lot of the gags relied on a single punchline to see them through, I'm not sure there was anything left for Angel Densetsu to offer. I'm probably better off reading the manga, but if most of the jokes are going to be like this, then I'm not sure I'm going to be sticking around there, either.