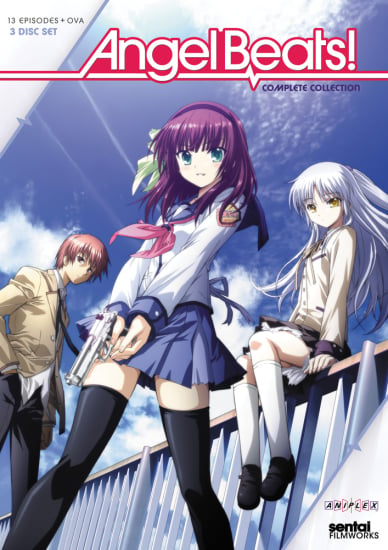 Ex-yakuza hitman Yousuke dies... And is promptly scouted as an angel! Will he manage to accomplish his earthly duties, or will he simply drive his trainer, Zerachiel, crazy?

Imprisoned for a thousand years, eighty-eight fabled beasts seek resurrection from their world so that they can unleash their wrath upon present-day Japan. And a band of young warriors would love nothing more than to let loose these beasts so that they can feast upon the human world. The only thing preventing civilization's annihilation is the Girl of Water, who is lost in the human world--without any memory of who she is! As the elemental warriors continue their search for her, they cross paths with another of their kind: Ishigami, the Man of Earth. However, Ishigami is one who wants to stop the dreaded resurrection...

Life in hell is like peaceful, ordinary life in some ways. The kids live in a place like a dorm, and they go to school. However, every person that has fallen into hell has some kind of punishment. Eto Juri falls constantly into hopeless love, sometimes even with inanimate objects. Hida Mari is compelled to always eat carrots, which she hates. Ando Natsumi is ridiculously popular, so that even the textbook problems are about him. Soon a newcomer joins them, Nakamura Mikoto, who frequently mangles her words and becomes impossible to understand. The four of them live through their peaceful school life--in hell!

No matter where or when, no matter who or how old, she judges your sins without a second thought. It's Emma, from the land of the dead.

When a person dies, their soul does not enter the land of the dead alone; a Companion must lead them to the gate that leads to the afterlife. Existing in a space between life and death, Aya and other such Companions will help carry those who have passed on to their final destinations, even if they refuse to accept their fates.