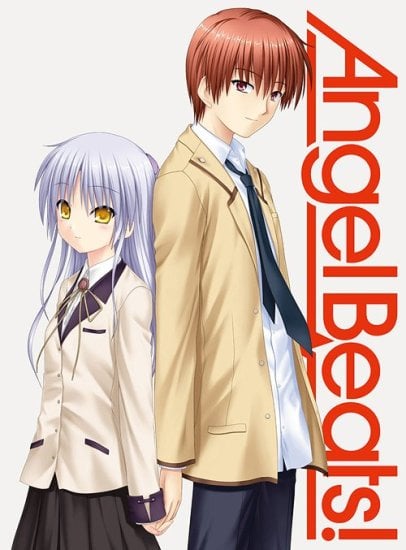 I think someone confused tension with excitement since there wasn't really a lot of tension, just a lot of excitement or enthusiasm. So other than the fact that someone can't read a dictionary and understand what they read, it was good. It's a full length episode that fits somewhere in the middle of the show. The episode uses some new ideas to be funny instead of what was often used in the main series. The biggest issue I found was the animation. It's like when you try to use your camera and there is just too much light so you have this bright spot and everything else sort of fades a bit. It's interesting I suppose, since the two and a half minute special is darker than the series and this special is lighter than the series. Darker is better.

I was somewhat dissappointed as I had hoped one of the specials would continue the story a bit further or clear some things up, but it's not surprising that neither of them did. Oh well. If you watched the dubbed version of the series, this special and the other one are available on youtube dubbed. I didn't find them anywhere else, but if you look for them on youtube, they are there.

If you haven't watched this yet, when you do you'll burst into tears. This is possibly one of the funniest episodes in the series and should be deserving of a perfect 10, but I have my reasons as to why it didn't. So lets start there...

The story and plot to this particular episode was actually comical, but the animation and sound fell just a touch short for me. The characters however continued their hilarity and their idiocies that it felt as though it was a normal episode that should have been part of the series in stead of a stand alone special episode.

this was just a filler episode that they created after the anime, but was timed somewhere in the middle.  I gave it a slightly reduced score for story, because This really should have been part of the series, and i gave the series a good score, but as a stand alone peice it was not bad at all.  It was really really funny, good to watch if you liked the series.

DVDs and BRDs are the lifeblood of the anime industry, and there's many a hook that's used to make us part with our hard earned cash. One of these methods is the offer the so-called "unaired episode", which is essentially nothing more than a single episode OVA which can act as an addendum to the main story, provide closure to certain plot threads, allow for a new perspective on certain characters, or simply give the viewer something fun to watch.

This little addition to Angel Beats went with the latter method, but is it really playing to the strengths of the series by doing this?

The episode revolves around a little "tension meter" in the bottom left corner of the screen, and a new plan envisioned by Nakamura Yuri, the leader of the Shinda Sekai Sensen, that targets "the angel".

Okay, maybe not. The main problem with the plot is that it seems to have been thought up by a highly sugared and caffeinated Maeda Jun, who's gone without sleep for a week. In the main series the plans of the SSS had some purpose that, while a tad ridiculous, had a point to them, but here the only thing left is ridiculous. This episode has no purpose to it whatsoever, and unless your idea of a story is a vague attempt at parodical humour, then there's nothing to see here, so you might as well move along.

The thing is, there's a certain arrogance to the manner in which this little tale of a day in purgatory is delivered. It often feels as though the episode was made as an afterthought, and pretty much everything about it is ... not what one would expect after watching the main series.

Take the design and animation for example, as there's a substantial drop in the quality of both. The attempt to make a parody has resulted in characters that are strangely devoid of any charm while making weird poses and facial expressions. The animation itself is often uneven, having lost the flow of the original, and watching the members of the SSS run around with their tension meters going crazy (seriously Maeda, you and your euphemisms), can make one wonder what the point of the episode is.

But what about all the wonderful (for a given value of wonder), music I hear you cry?

Well, that's gone too. Instead of Girls Dead Monster, the viewer can look forward to a substandard rock track that you never really get to hear properly as its always relegated to background music, and the reason for that is because the characters simply don't shut up.

As for the acting (well, overacting really since each character must be "tension filled", and the parodical nature of the episode dictates that a certain amount of ham (or some other pig product), should be applied to each of the roles), it's fine, but not great, and I have to wonder why the seiyuu even agreed to do this episode.

When it comes to the characters themselves, the less said about them, the better. While this may only be a single episode, if you're a fan of the main series, then this addition may knock your confidence in your beloved characters. On the other hand if you dislike the Angel Beats franchise, then this episode may become your main weapon in arguments and discussions.

It's uncommon for there to be an episode, especially one that is nothing more than an extra OVA, that attempts to derail the series that gave birth to it, so it's always surprising to find one. No matter what P.A. Works and Aniplex say, there's nothing to justify this being an "unaired episode", especially as all of the evidence points to it being made after the series ended, and this seems part of the problem. In all honesty this is nothing more than a vapid attempt to milk extra cash from the franchise, and while some may find it entertaining, personally I found it annoying as it showcases many of the things that are wrong with the anime industry these days.

This extra has clearly not played to the strengths of the franchise, and while it's watchable, it's a far cry from the standard expected by anyone who's watched the main series.

Extremely funny episode where everything for the day has to be done in an "Extreme" way. It is impossible not to laugh and a great way to start an evening of enjoyment. A must watch for anyone who enjoyed the anime.