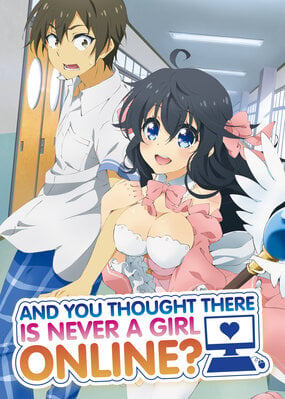 This is an endearing if fundamentally flawed show which allows its premise to overpower its content. The human tension between the girl who can't distinguish the game from reality and the boy she loves who needs the two to be rigdly separate is a really fun idea that (at times) this show plays with in genuinely fulfilling ways. The problem comes, as in the story arc of the season finale, when that human drama (dosed heavily with comedy) gets lost in the premise of  world in which hot high school girls play online games with the same vigor as socially inept high school boys. I can understand why a certain segment of the target demographic would be content with that, but for those of us who are neither high school boys nor avid gamers, the moments of pure entertainment are always tainted by the bitter taste of wasted potential. If good production values and an appealing (if barely distinguishable) cast is enough for you, watch this. But I'm left with the sensation that I'd rather have watched a hopeless mess than a squandered chance.

This has become a new one I reccomend to people who like the SAO, and Log Horizon type animes. It's not overly deep, and frankly it's a silly little story. That said, I was hooked from beginning to end, and it felt like a complete arc which is rarer than I'd like in a lot of anime. If I get another season, great. If not, it stands well on its own. I enjoy a good love story, and this mostly qualifies.

Summary:And you thought there is never a girl online is a Romantic Comedy anime based around a Massively Multiplayer Online Role-Playing Game (MMORPG) called Legendary Age (LA). Hideki Nishimura is a first year student in highschool and ends up proposing online to a girl who tells him that she is actually a man. After hearing this he swears off online marriages and after 2 years he gets involved in a guild. While being in the guild, a guildmate by the name of Ako persistently asks Hideki to marry and he eventually gives in. His guild than wants to have a real-life meeting and Hideki becomes shocked when he discovers that not only Ako is a girl, but the other two players in his guild are also girl gamers. Along with this everyone also attends the same school. Story: (9/10)The story forms as Hideki tries to help Ako with her complication of differing what is fantasy and reality. In the sense that throughout the anime Ako is infatuated with Hideki and believes that they are even married in real life. His guildmates form a school club to play Legendary Age in order to help Hideki with this obstacle. So what do I think about the story? I really think it is good, very adorable writting and creative. I understand it is ecchi and shows off the female body, but really the story is nice and cute. I love it a lot, because it progresses in the plot and doesn't just try to show off. Animation and Design: (10/10)The animation and design is very well done, great detail on everything that there is. This is including fight scenes and other situations. Just everything looks so appealing, even in the game world, where it feels like they are actually in a game. Sound: (7/10)The sound is great, just sometimes I think the music comes up in situations that you wouldn't expect. Anytime the characters get heated up, or they are in battle it sounds like pirate music for some reason. I don't really know, it just feels like pirate music even though it also feels like gaming music, but sometimes this music plays in the real world and it is a bit off putting. The sound effects are very well done though. Characters: (8.5/10)All of the secondary characters are pretty good, but not as good as Hideki and Ako. They are just so cute and adorable, and I really enjoyed them bonding in the real world. Hideki Nishimura (Russian, Tank)1) Main Character Male, in game as male.2) First year at high school.3) Starts to develop feelings for Ako while helping her with her problems. Ako Tamaki (Ako, Cleric)1) Main Character Female, in game as female.2) First year at high school.3) Completly infatuated with Hideki and believes they are married in the real world. Akane Segawa (Schwein, Rogue)1) Main Character Female, in game as male.2) First year at high school.3) Doesn't want anyone at school to find out that she is a gamer. Kyou Goshouin (Master, Mage)1) Main Character Female, in game as male.2) Second year at high school.3) Extremly wealthy and is school president. There are three secondary characters, but I will not be talking about them due to spoilers. I apologize, but no spoilers! :) Overall: (8.5/10)Overall what I would say about And you thought there is never a girl online is that it is fantastic, the only thing about the anime that just didn't make it even better was the sound. Just some of the music didn't feel like it belonged where it was put, but for sure the story and the characters are lovable. I just wish there were more episodes, due to the feeling that more episodes can be made. There are 15 volumes of light novels that are still being written. I just hope there is more of this anime to come, I would so love it. 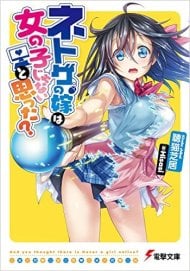 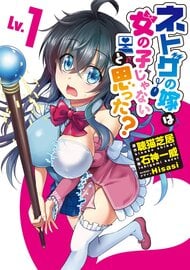