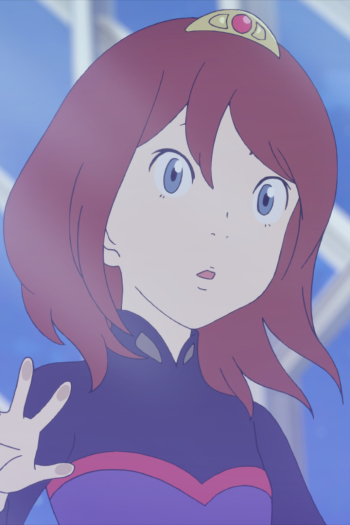 If you're looking for anime similar to Ancien to Mahou no Tablet: Mou Hitotsu no Hirune Hime, you might like these titles.

The story starts in a mysterious place in the future where "boys and girls meet".

Many bizarre and curious citizens live in the town of Jubilee, from a man whose head frequently explodes to an angry businessman, to a large creature with clocks for eyes...

The action fantasy anime will center on Sophie, a descendant of Napoleon and the leader of the Lady Napoleon organization bent on world domination. Napoleon once had three sacred treasures and Sophie, her jack-of-all-trades butler (named Butler), and the martial artist master Guy search the world for these lost treasures.

Our story is set beneath the surface of the great metropolis, below the district of Ogi-town in a realm of dreams that floats in a haze of purple lignite smoke. A network of roads stretches away underground, concealing bandits at every turn! An armored train snakes through the looming darkness: the steel-clad train Sokore 463 is equipped with a 75mm mountain gun that can blow a target to smithereens! In command is the mysterious girl Tanne. What awaits her and her comrades? From the winding alleys of Akegata (dawn) to the deep subterranean world of Kuragari (dark), a daring adventure unfolds!

Frostlight is a naive girl who disregards a fortuneteller's warning, and her actions catch the attention of evil Asura. This extraordinary adventure into one's inner self, reveals that the beauty of imperfection is in itself the ultimate perfection.