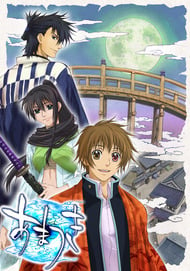 When Tokidoki Rikugou donned a pair of virtual reality glasses and entered a Bakumatsu-era exhibit at a museum, he had no idea that his life would drastically change. While walking across a bridge in the fabricated reality, Tokidoki ran across a small being and a monster called a nue - and he was promptly attacked. His eye was damaged, but more importantly, Tokidoki discovered that he was now stuck inside the "virtual reality" filled with samurai and spirits. Now, with the help of Kuchiha, a warrior woman possessed by a dog spirit; and Shinonome, a fellow student who has been stuck, just like Tokidoki, for the past two years, Tokidoki must search for the truth behind the nue and try to find a way home. 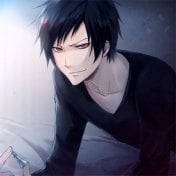 I found that overall this anime was not bad to watch, but there is no ending.... The last episode is a flash back to explain something that happened like 6 episodes earlier.  I find that that was the most disapointing aspect of this anime. The plot was uncomplicated and simple, but that also made it easy to follow and easy to get drawn in at the same time... The low rating I gave was from the fact that it didn't conclude like a series should even if they were planning on a second season and it didn't happen there should have been some feeling of conclusion and yet a cliff hanger to make the watchers interested in the next season.  This felt more like they stopped airing the show mid-season. 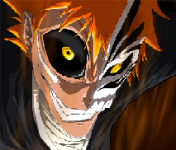 definitely an excellent anime. i'm really hoping that there might be more to come. afterall it really does seem like there should be a season 2 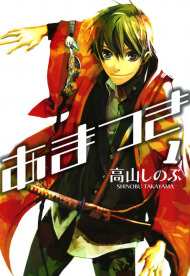