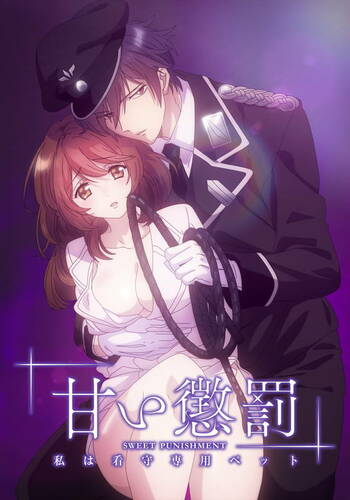 I only watched up till episode 4. The episodes are really short, usually 4 minutes each.

The story is fairly dull in the 4 episodes I watched. They seemed to kind of follow one but it's eh... It's quite clear the focus is on one thing only. There is no real build up to any moments, and hardly any interaction with other characters. Some moments are rather abrupt and random as well. There is also no character development or motive. Some scenes in the animation came off a bit awkward.

The voice acting however, is alright, not bad, but not absolutely amazing, it's just mediocre.

It mostly is a degrading sort of watch so just be aware, there is no cutesy love or romance.

It's alright, a few scenes it can look a bit off but overall it's fine

The characters are pretty personalities, at least for me.

It's....fine. Definitely not something for me, but if this is something you'd be interested in, give it a shot! The episodes are rather short so if you're just looking for something to binge fast this'll be quick!

To be honest I would let that guard all over me. I know I have a big problem and I do wish there was more and a bit more than 5 min ep. I'm just saying. It makes me happy that there is such a cute guy(the red-haired guy is super cute too) but that guard I'll have day and night dreams about.

I wanted to give up in the first 5 episodes but decided to watch it nontheless. It went beyond my expectations, unfortanetely, it ends suddenly. I really wanted to know what will happen next... As the last review said, I'd leave the guard all over me :D 2 things that annoyed me the most were the main female characters voice/moans and how they hurried this anime, it would've been much better if the girl's voice was quieter and if they would've taken more time.