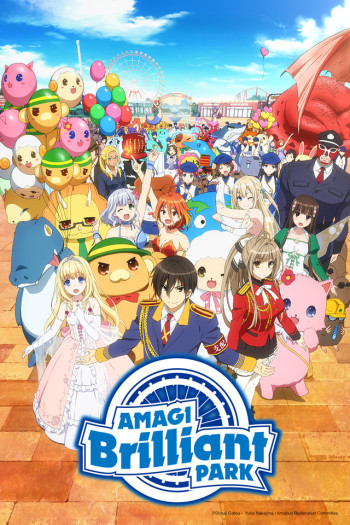 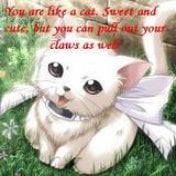 If you like narcissistic main characters, both of these will be a joy. They are also both funny, though at this point I've only seen the first episode of Masamune-kun no revenge. The difference is that in Amagi, the main character doesnt have to work on his body (or at least you never see him doing it) to maintain his image of himself whereas Masamune-kun has to constantly work at it, calorie counting and working out to keep himself "attractive".

Amagi Brilliant Park is one that is quite hard to recommend for due to the fact that it is unique but I though that these two were quite similar. One thing is that both involve a male main character getting involved in a fantasy-surrounded world, and is asked to help them in one way or another. Also the princess characters in both maybe described as childish and even though their personalities are quite different they show similar aspects. Plus they have fantasy and comedy aspects in common, so I say if you liked one you should enjoy the other.

They both have simillar themes in entertainment. and has there own thing in the park and world. both the mc are helping out to rebuild.

I actually found these 2 to be quite similar, the main character gets forced into helping a kingdom/amusement park and the people of the said place are against the ideas of their savior but it all works out, however the most similarities lie with the main character as Kanie and Sora have almost the same personalities, they both have a sort of narsistic attitude have simple weaknesses

The Aquatope on White Sand

Kukuru Misakino is an 18-year-old high school student who works in a small aquarium in Okinawa, and she knows about the "secret" of the aquarium: sometimes you can see mysterious things. One day Kukuru meets Fuuka, standing in front of a water tank with flowing hair and a tear rolling down her cheek. Fuuka has given up on her dream of becoming an idol and she has run away from Tokyo to Okinawa. Wanting to find a place to belong, Fuuka earnestly asks to work at the aquarium. The anime follows Kukuru and Fuuka as they deal with the issues of the secret of the aquarium and a looming crisis of its possible closure.

In both anime, the characters are trying to keep their public attractions open. Aquatope has an aquarium, and Amagi has an amusement park. However, Amagi is more on the magical and fantasy side, while Aquatope is more realistic. Still, I think that if you like one, you'll like the other.

Yeah, both anime have characters who is trying to protect a place which is important to them. And, while working to accomplish their goal, they were able to learn about things that really matters to them and enjoying what they do for fun.

So here we have a strange pairing but it will all become clear once I explain. So to get it out there, yes I am recommending Beyond the Boundary an action filled anime with an anime about an amusument park (which I like very much) and no it isn't just a random recommendation. To start off we have comedy and drama in each, in one comedy overpowers the drama and reverse in the other but even still they contain both elements. Both the male main characters meet an unusual female quite suddenly abd both set around a fantasy element of some sort. Plus the animation style is quite similar. So I say if you like one you should enjoy the other.

Those two animes are very similar in terme of pace, of randomness, humor. plus both have a weird circus vibe feel. neither storylines nor character are cliche.

In those two anime, the protagonist suddenly have to manage and bring back to life a place, at first against their will. At the same pace with the protagonist, we are getting attached to the place as we discover more and more things. Those two have very plaisant comedy too.

The Devil is a Part-Timer! 2

The second season of The Devil is a Part-Timer!