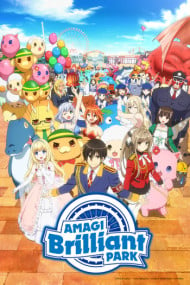 When new transfer student Isuzu asks Seiya Kanie out on a date at gunpoint, he knows something odd is going on. Especially since she wants to go to Amagi Brilliant Park, where the rides are either dangerous or mind-numbingly dull and the only costumed performers who aren’t rude or apathetic are the ones who didn’t show up for work. So when Isuzu asks Seiya to take over as the park’s new manager, he knows she’s crazy (Well, crazy-er, given the gunpoint thing.).  But when Seiya learns that Amagi Brilliant Park is a REAL Magic Kingdom, that the costumed performers aren’t wearing costumes, that they live off the energy created by attendees, and that unless they can attract 250,000 attendees in three months, they’ll lose their jobs and homes… he goes a little crazy himself. But, even with the aid of scantily clad fairies, giant mice and sniper-trained sheep, can anyone rescue a park that’s sunk so low that its own bus doesn’t stop there anymore?

The Secretary is Useless!

The Pool is Dangerous!

No One Can Predict the Future!

Amagi Brilliant Park is definitely not one of those animes where you just sit and wonder what the f*ck you just turned on. It has a decent and compelling story and I have to admit I cried at the end. There was enough of a story and enough character development to make you care about what was going on. I laughed numerous times over the random shenanigans that went on and over some of the characters reactions to different events. I really enjoyed the animation. It flowed and was very clean cut; it kind of made me think of Free! in its smoothness of lines and movement. The music choices fit very nicely; they were silly when they needed to be silly or serious when they needed to be serious. My only thing about this anime is that while there was some character development I just don't know if there was enough to make any character memorable. I mean, I get that most people will probably remember Sento or Moffle but other than that no one else was memorable enough. Not even the main character Seiya Kanie was memorable. Heck, I don't think Sento or Moffle would end up on anybody's Top 5 Anime Characters list. However, this anime is fairly new so if there is another season or two I feel that the character development will change and get better because we as watchers will have more time to get to know the characters and maybe get a little more background story on a few. If you're into a cute anime about a young school boy saving a magical park while teaching and learning some important life principles, this is the anime for you!

Amagi Brilliant Park, one of KyoAni’s shows that has not stood the test of time, is a scattered mess of untapped potential. On one hand, the show has KyoAni’s signature character designs that are both adorable and beautiful, as well as thrilling and creative animation. On the other, we have a story that fails to leave an impact and characters that never grow out of their gimmicks. On the surface, the problem of “how to keep this fantasy amusement park open” seems intriguing and potentially unique. However, the show focuses much less on the “amusement” and “park” aspects, and much more on the “fantasy” elements. In substance, the show is much more of a kingdom building fantasy dressed up as a work life comedy. Several episodes center on some kooky magical occurrence in the park, which the main character Kanie resolves with his all-too-perfect wit. And while they’re often entertaining, the episodes often left me thinking, “Ok great, but what about that whole park closing thing?” As a comparison, let’s talk about another work directed by the late and great Yasuhiro Takemoto: Dragon Maid. Most of the anime centers on silly antics by the dragons, while learning more deeply about the characters along the way. It also juggles a decent sized cast as well as incorporating fantasy elements into a Slice of Life comedy. However, that show has more freedom to go in different directions because the premise isn’t as in-your-face. And I would still argue that Dragon Maid has a more complete plot resolution with what we’re presented, and plenty of character development, which Amagi sorely lacks.  To elaborate on that, the characters are much like the story: intriguing on the surface but without much substance. To be fair, I don’t expect a show with a large cast to have particularly deep characters. But even our main pair, Kanie and Sento, do not really develop much outside their traits from the first episode. Even one or two more conversations between them would have gone a long way in making me more invested. In the entire show I can honestly think of one conversation between them that isn’t comedic banter. And before you call me fangirl shipper trash, this goes for any of the other characters as well. Moffle or Latifah could have equally had more going on, and the show would have been much better for it. This lack of development causes the final arc to fail worse than an unprepared student on an exam. The show tries to shove drama down our throats when we still aren’t particularly invested in the characters. At that point my thoughts on the show shifted suddenly to “Dang this sucks” while maintaining the “...what about that whole park closing thing?” Unfortunately, if the drama meant much of anything in the show, the OST would have been much better as well. But as the show is, the OST seems disproportionately dramatic due to the fabricated drama. Additionally, while the tracks are nice, as a whole there’s not much variation. Unless you’re dead set on watching all of the KyoAni anime (in which case, hey there), I would not recommend this show. It’s not even that bad until toward the end when it tries to resolve all the plot, so one option would be to watch until you feel like dropping. Just beware of several years later a friend forcing you to watch it again. @Nekus 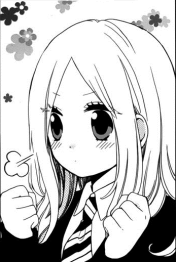 The way of main character overcoming harsh situations is entertaining. Plot is developing very slow but it made me teary for one time. If you don’t have anything major to watch and at the same time you want to laugh Amagi might be your choice. 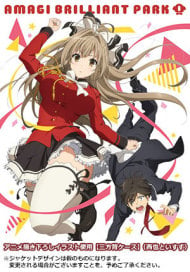 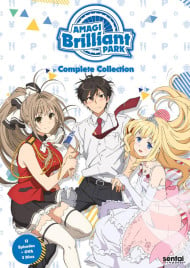 Amagi Brilliant Park: No Time to Take It Easy! 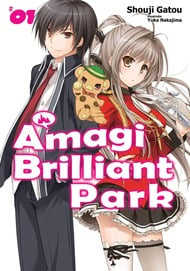 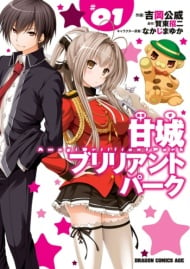 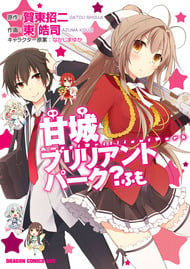 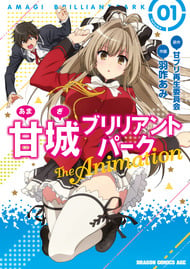 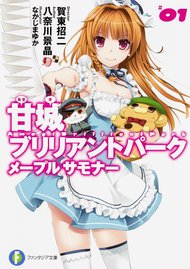