Altair: A Record of Battles - Reviews 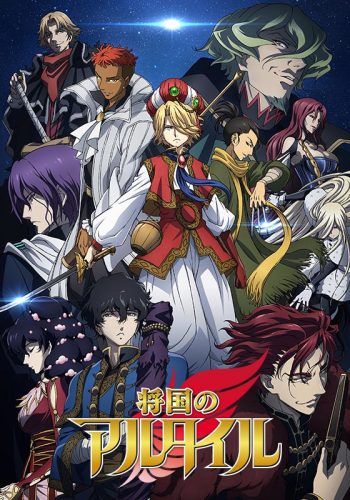 Our story kicks off with Mahmut Tughril, who is a 17 year old elevated to a high office in the Turkish government at an incredibly young age and is, in fact, the youngest in his country's history to attain such a position. Without giving too much away, all I can say is that he is thrust into various circumstances that end up effecting his position in a negitive way and ends up setting out on a journey traveling around Turkey (a.k.a Tukiye) to better understand just what kind of leader he wants to be. Along the way he continuously finds himself thrust in the middle of conflict with the Balt-Rhein Empire and their Prime Minister Louis Virgilio who aspires to overthrow the Turkish government and stake claim to the country in the name of the Empire.

Now, what I truly don't understand is why this series has such a low rating as it's a very enjoyable series to watch for anyone who enjoys anime based around war, tactics, and an underdog main character who starts off as inexperienced and immature only to grow with each conflict. It may not quite be on the same level as Kingdom or even Arslan Senki, but it is nothing the less a very enjoyable series to watch and deserves far more praise and attention then it gets! 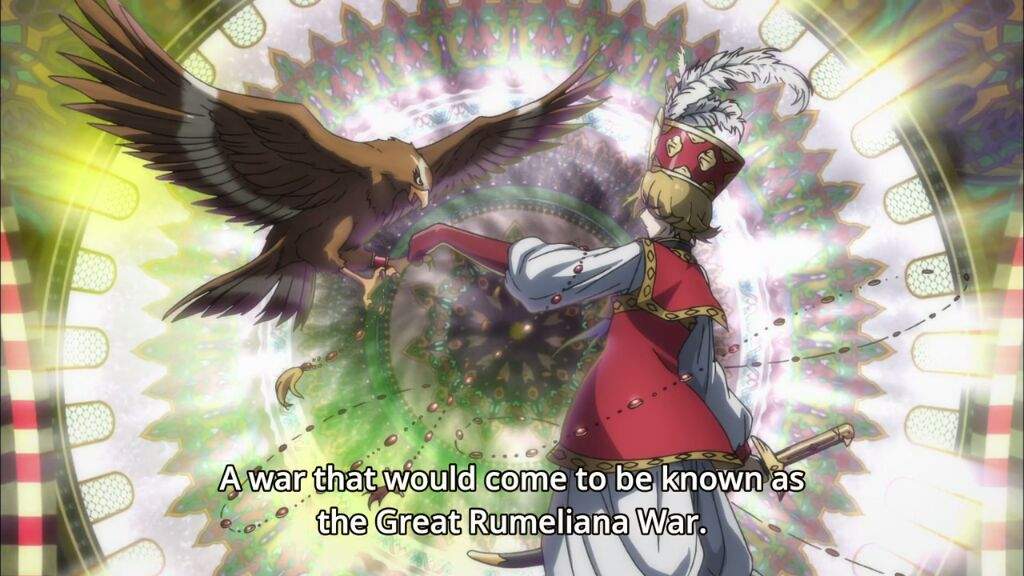 Overall, Shoukoku no Altair has very good animation, a good plot that keeps and holds my attention, a good soundtrack, and very good characters and character development. It's definitely a series worth watching and, quite frankly, gets far better with each episode that passes. My suggestion to anyone who watches this series is watch at least the first five episodes before passing judgement. It's worth it. 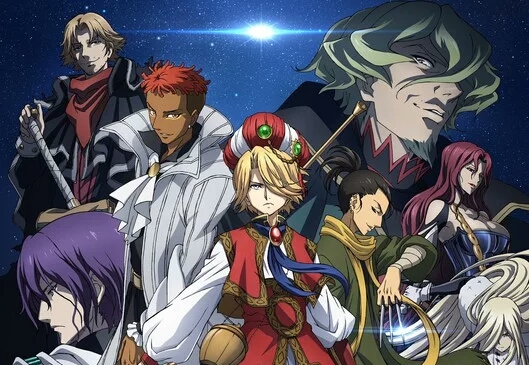 This series was a surprise treasure that i watched out of boredom to find it was excellent.  It’s as close to a perfect war/soldier story as an anime can get.  This is true as most military personnel might have war as a profession but are usually the ones who actually want war the least.

This is what Alderman on the Sky should have been.  Where Alderman utterly fails, this show nails it spot on.  Mahmut doesn’t foolishly resort such brutal and gruesome idiotic ways to gain allies.  This is not to say his efforts cost him nothing or that he never risks or receive any physical, mental, or emotional tolls on his part, cause he does, but unlike Ikta, he doesn’t have to radically alter his character or intellect to get them.  The risks and pains he goes through are far more realistic, believable, in-character, rewarding, and emotional.

Tactics displayed by Mahmut are even more brilliant and go well beyond just the battlefield.  The characters are better and more diverse.  The dancer might not be on screen as much as Yatorishino, but she’s more memorable and actually shows depth and emotion absent from the redhead.  This brings me to a few points that could be better.

The dancer looks for a moment to be a major character or even love interest but fades away inexplicably.  More characters come and go at times a bit to quickly.  This weakness oddly is also a strength in other respects.  Mahmut travels around way more and to further reaches of his world.  He interacts with many characters who’s time may look  brief but effects the story and carries it excitedly along.  We meet many enemies and allies and neutrally parties.  Intricate nuances of politics and war both the good and bad play out beautifully and well reflected by real world events from our past and present.

The intwnse rivalry of the various nemesis in games of chess and go are reflected nicely.  Some characters even actually play strategy games during the series.

Perhaps the biggest high mark is how the show essentially teaches us that no one actually wants war but wishing it while not preparing and willing to fight one to protect yourself and your nation won’t stop war and suffering.  Like the Star Wars premise, we can also see how the antagonist thinks he’s doing right despite how wrong it is to everyone else.

Skimming through a series of first episodes, I had no expectations for this show going in, or any idea what it would be about, but this show was truly a hidden gem. Every part of it is rich with depth and detail, from the art to the tactics that drive the plot.

The crux of the story is simple: A young boy loses his home to war, and devotes his life to becoming a politician who can prevent it. How he goes about doing that however, is entirely outstanding and unpredictable, and while the maps are hard to follow, the logic of his actions are always made clear, enlightening the viewer. With the exception of the extent of his ability to handle his golden eagle, every conflict, either political or physical is resolved in an ingenious manner. It may not be too flashy, and he isn't always able to achieve his goals, but this is a great view of a pacifist yet brilliant and intellectual war tactician.

I loved the sheer quality and number of cultural designs that went into this anime - and when you consider the level of detail in heavily animated features like clothing and ornamental accessories, this anime becomes an outstanding feat based on the effort and outcome of the visuals alone.

The cast is admittedly very large, even for 24 episodes, but every character is distinct, well designed, and none of them are cliche, or there to provide comic relief. While most of the cast's present and past hardships are made clear through the story, we aren't presented with any sob stories, or pity parties at any point in the series. Rather than dwelling in their sorrow, most of these characters are great examples of strength and fortitude that think only of the future and the consequences of their actions, which by itself makes this anime enjoyable to watch.

The titles, like Pasha, and Bey, can be a bit hard to follow, but prepare to be fully immersed in a remade world, filled with diverse cultures, whose civilisation is on the brink of discovering gun warfare. When is the next season coming out?!

A 17 year old as a general...its just absurd....even tho we get over that detail , it dosent change the fact that there is no strategy or any thinking atribuited to the main character , all he seems to do is throwing tantrums.

Somehow at the end of the first episode is a Hero? for what? Suposedly the Empire is so weak in its planning that they use "Empire" arrow fethers instead of "Turkish" ones? If that is so , how is it that nobody else except the Main Character notices this detail?

The Main Character in episode 1 avoids an ambush , and he surprise the attackers , and his weapon of choice is not a bow/sword/spear no....the Main Character defeats his enemies by throwing food on them so they can be attacked by eagles?

In episode 2 tribesmen manage to capture an entire city by inviting every family of every single soldier in the city to a party? and somehow they manage to capture them all and hold them as hostages in a tent they could lit on fire if the garison soldiers don't obey them???

Somehow hundreds of eagles join together on this mission , and the situation is saved.

Shara the main female character seems to be just eye-candy that just so decided to folow the Main Character around although she is only a dancer?

This is not an anime as The Kingdom. The Kingdom gives you a better cast of characters and a real better story.

Overall a bad anime that has a weak story with an equally weak cast of characters.