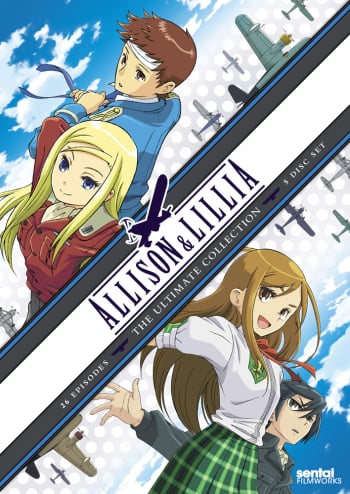 When I was a kid, television had almost entirely cartoons at morning shows for children. I grew up by watching anything Hanna Barbera or Dic had the kindness to import dubbed to my country. I have no problems with those shows back then; most were really great for their target audience. I was still a kid after all and there wasn’t a series I didn’t like. After all these years, many of those cartoons now appear extremely simplistic and naive. I would never sit down to watch them again, except if for a couple of episodes just to remember the good old 80’s when I had no worries besides school exams (practically zero) and my family had a thriving business (which is also now practically zero in income).

Now, the thing is that although naive, some of them could suspend your disbelief a lot better than others. In fact, the best amongst them are those with the least amount of times you would yell “This is not possible!” And yes, back then the chances of saying that, were (duh) practically zero but after so many years the internal logic of some of them work a lot better than others. Think of My Little Pony. Ok, it was a world of magic where anything was possible and so everything weird is somewhat excused. Or the Smurfs; sure, they are not even human so their way of life can be excused as being not-realistic. My grip was mostly with military cartoons like G.I.Joe or ecology-based like Captain Planet. Yes, the action was very cool and such but the internal logic was … hm … fishy. It was really hard to like a setting where tanks, airplanes and buildings would blow up but the soldiers would always find time to run away or avoid the blast by simply jumping sideways. And it’s not like I could consider them supermen either; they could be knocked out with a simple punch and have a hard time breaking simple ropes when tied. I mean this is war, right? If there are no casualties in a war, it’s not really a war. Or at least not a war you should care about. Same for the logic behind the hero-of-nature, who was presenting things as if the villains liked pollution and that a solution could easily be given without collapsing the world’s economy.

I start to rant too much here; what I mean is that a series needs to suspend your disbelief if it’s supposed to be enjoyed by its target audience.

G.I.Joe or Captain Planet were successful in their time when children were not that critical and knew less about technology or the internet than the average adult. Today, the little rascals can outsmart even me at times and the demand on entertainment is a lot higher. So imagine a series such as Allison to Lilia popping up to give a try.
It won’t work!
It might have been a success if made in the 80’s or even the 90’s but even then it would feel less captivating than an old series such as The Mysterious Cities of Gold. Or the Duck Tales, yeah, good luck beating that masterpiece. It is simply too silly compared to the themes it incorporates.

Now let me try to be more specific. This anime is like having My Little Pony characters in a Saving Private Ryan setting. It just makes no sense! How can you expect to have a war raging on and the characters are all so simplistic, especially when the story is not a pure comedy? How are you supposed to feel drama or tension from a cast that is so easily divided into good and bad people and whose problems can be resolved in the most childish, bloodless, simplistic means possible?

Maybe I sound overcritical but just try to follow my reasoning here. Tom and Jerry is quite the violent cartoon and has immortal characters, yet you can laugh with all that because the violence is used purely for slapstick. But here, the series is trying to make you feel worried about the future of the world because a scary war is waging on and the characters have to find a way to stop it before it’s too late. Well excuse me, without making the violence more bold or the story less serious, there are no connection points between the two.
Do you believe how much I compare an anime with Western cartoons? It’s because it feels even less interesting than those!
This formula worked great for anime like Slayers or Baccano because they were mostly comedies that anything else. Over here it’s like making spaghetti without the pasta and lacking even the sauce to fool your taste. I’m sorry; it doesn’t work. It couldn’t work. Especially in this decade. Even less if you have watched Full Metal Alchemist an action/ adventure that offers all the same elements and even a mountain worth or more.

Ok, back to more of an orthodox text. The animation and the music are done by the most awesome studio Madhouse and are just fine, with bright colors, cute looking/sounding characters and a world bursting with life. Very fitting for a storyless romantic comedy but unfortunately it’s a war drama / teen adventure combo that doesn’t feel scary or dirty or gruesome in any way. The atmosphere is off by miles. Plus, even production values are not in their best considering the year it was made. They look simply average.

Story is a joke… without being funny. It is separated into two halves, with a pair of boy-girl in each. The first half had the kindness to try offering a story of sorts. A silly one but a story nonetheless, about the pair trying to stop the war between their countries in the most silly way possible. But the second half is just an aimless adventure without a clear goal or purpose, as if the scriptwriters were on strike and the whole arc is just filler. Talk about something bad becoming worse <s> … just like Tite Kubo. </s>

The characters are just 2-dimensional archetypes you can easily find in better versions in almost any other similar show. The “butchy girl and the spineless boy in love but too dense to realize” trope has seen far better days than these two paper couples. Support cast and villains are or Pokemon level, as their role is just like a repetitive croak: “Support-support!” “Evil-evil!”.

Value and Enjoyment are as far as I’m concerned rock-bottom. There are sooooo many similar and yet sooooo much better series like this one, you might as well delete this one from your memory. Yes, it is that unimportant. So blunt and uniteresting, it isn’t even worthy of being remembered as a bad example of how to make a good show.

And now excuse me; I will now go watch the latest One Piece episode. Death and violence are also a joke there but at least it is funny.

This anime was about Allison, a pilot for the air force and her childhood Wil going on an adventure to end a war that was going on for several years. This was for her daughter in the second half of the anime to live in a world without fighting or war. Along the way, they meet Carl Benedict, a major for the army the army and Fiona, the twin of a princess in a kingdom with a policy of one child was to rule. Later, Carl and FI have a pair of twins, which Allison daughter, Lillia, befriends in one of them during her debut.

This anime is not your typical anime were it the same character from the beginning to the end. The character switch half way there the series, If anyone was not aware of that. The plot was well creature to follow the journey of a mother-daughter relationship. At first, I thought that they were friends until Lillia came in later. I love some of the arcs that made sense to the overall story but there are times where everything gives a bit fuzzy. This is a great anime for females that are interested in joining the air force and want to solve a problem between to two countries. Overall, a solid, military theme anime. I want the author to write more and the produce another season.