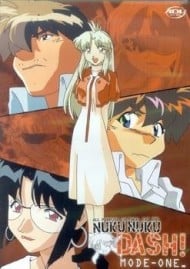 Atsuko Higuichi has amnesia and doesn't remember much more than her nickname Nuku Nuku. She's been taken in by the Natsume family until she can regain her memory; however her new family may have ulterior motives: the young Ryunosuke has fallen in love with her, the father Kyusaku seems to be the only one aware that she is an android, and his wife Akiko works for a company that has a vested interest in capturing Nuku Nuku. Will Atsuko be able to recover her memories and live a normal life, or is she destined to remain a fugitive with amnesia?

The Happiness Came with the Spring Breeze

The Distance In-between the Two - Close and Far

What Bonds Humans and Machines

The Sound of a Bell, A Far Away Sound

Consider this a take on all three Nuku Nuku series.Nuku Nuku is a franchise that never managed to stand out in the crowd. I guess by that time wacky school comedies were starting to wear off and the focus was given more on sci-fi and mecha, thanks to the hype Neon Genesis created. And I also guess Project A-ko was much more famous and wackier to deem all others which followed it as yesterday’s lunch leftovers. But enough with that, let’s focus a bit on this show. Nuku Nuku is actually a trilogy of sorts, each one happening in its own alternative universe. It always has to do with a professor and his wife who have marriage problems and live separately or plot behind each others backs various stuff, out of petty spite. And it is also about their son Ryonosuke, who wants to see his parents happy again with the aid of a humanoid cat robot.At this point I must point out how cat girls and robot girls are a common trend in anime, but a cat robot girl is a rather unique combo only this franchise used as such. How does that work? Well, there was this war android which was given the brain of a cat and was called the All-Purpose-Girl-Nuku-Nuku. And, predictably, she ends up being all playful and cheery and in constant need of snacks and naps and gets followed around by horny teenagers and crazy mechas who want her technology. The story has potential to be something very interesting. On one side we have the parents in a war of sorts over simple maters every couple faces, and on the other the challenges Nuku Nuku faces in her quest to be accepted as a normal human girl. There are mecha battles, evil secret organizations, global threats, subtle romance and erotic humour, lots of elements that would have made this franchise very interesting. But it didn’t because the first two series were just fooling around aimlessly. All conflicts and challenges there were presented in a most superficial and comical way that practically trashed the gravity of the whole deal, and turned it into a storyless no-brainer teen comedy. Plus, they looked too much like a Project A-ko wannabe. The third series, DASH!, did a much better job at drama, action, and story, but even that seemed to be fooling around too much. Plus, now it looked too much like a Ghost In The Shell wannabe, with hardly a tenth of the context. Not only that, but a few years later Mahoromatic came out with quite a similar story, plus a maid fetish and with a very bizarre ending, making the fans to completely forget Nuku Nuku. The production values are another thing that did not allow the franchise to kick off, as they were always average to bad, with generic character figures and completely forgettable songs. DASH! is again a step higher at aesthetics, with characters looking more realistic and battles that seem more serious, but still nothing much for a 12 episode series. ART SECTION: 7/10 The first two shows are actually closer to 6, since they are too heavy on deformity and wacky slapstick action (albeit the good kind). DASH! is better for having more realistic characters, less deformity and better action scenes. SOUND SECTION: 5/10 Completely generic voice acting and forgettable songs. STORY SECTION: 6/10 Interesting concept that never lifts off. The first two series are practically aimpless and deserve both a 3 here. DASH! has a basic story with mystery and tragedy, but even that are mostly overlooked for superficial action and lukewarm erotic humor. CHARACTER SECTION: 7/10 Generic, albeit funny and easily likable characters. The first two series don’t really offer character development and are thus around 5, but DASH! made leaps to show Nuku Nuku’s sad life as a robot used as a killing machine. Still, the simple pacing still made it dull after awhile. VALUE SECTION: 2/10 Almost none, as other shows did a much better job with the same elements. ENJOYMENT SECTION: 6/10 In all, it is not a bad trilogy. The humour is usually good in the retro sense of the word, and the art, despite being crummy and with jerky animation, still packs a lot of lively motions and goofy facial expressions. The action scenes are also good for a mediocre series and the character drama can be felt, even if it remains superficial. It’s just that the whole deal feels too generic and simple next to other similar shows of the same era. A-ko is almost a decade older and feels more epic and funny, Ghost In The Shell came around the same time to take all the spotlight around android drama, and Mahoromatic came out a few years later with a similar premise to steal any chances for poor Nuku Nuku scoring high in retro value. VERDICT: 5.5 / 10 (4.5 / 10 for the first two series)So is it a must see? Not because of the aforementioned titles. Is it enjoyable? Not as much as it could have been for the same reason. 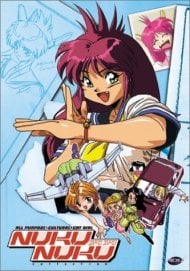 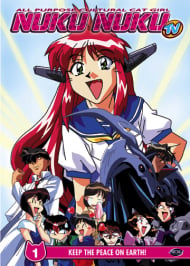 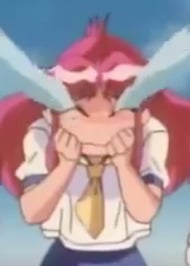 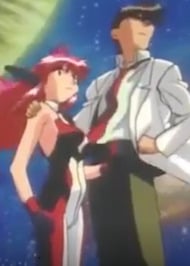 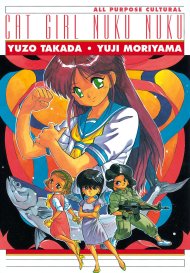 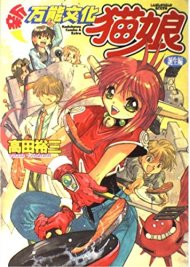