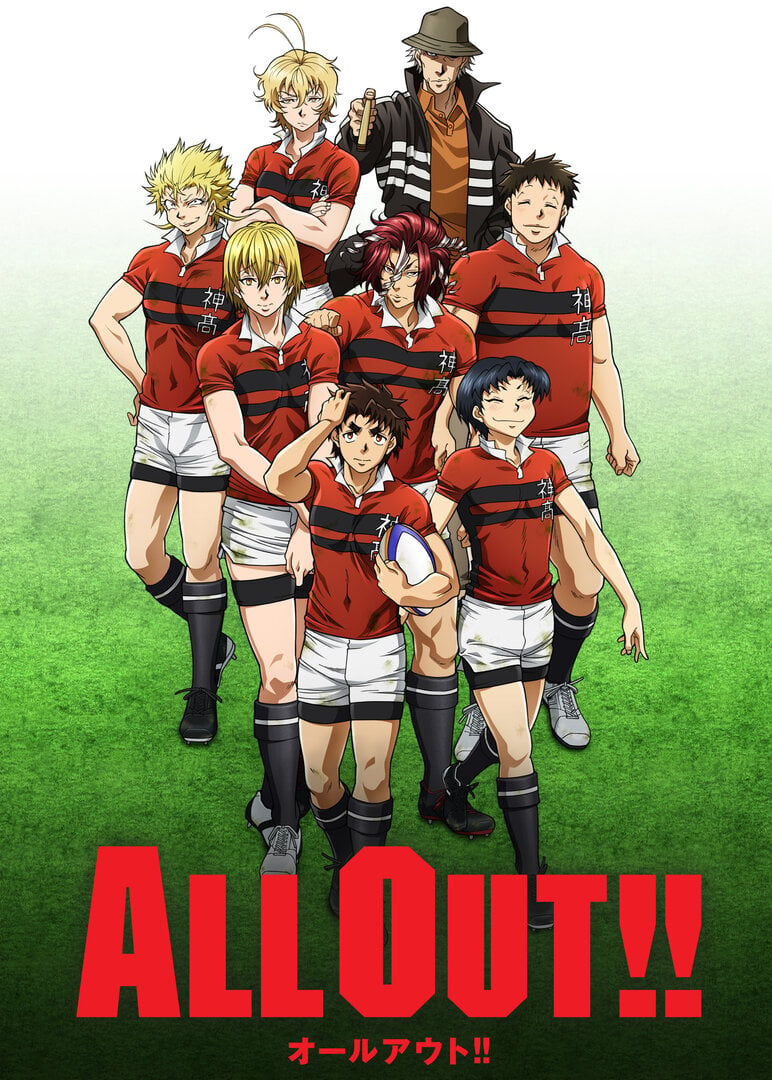 All Out!! Episode 6 - Giving Everything You've Got

With their new coach Komori, the new and improved Jinko Rugby Team begins the second day of their training camp. Contrary to Gion's excitement, a fight breaks out between teammates. The first thing the hot-tempered sore loser Ebumi ever became passionate about... was rugby. And because of his attitude, he can't tolerate the lukewarm approach of his teammates!

This Year's First-Years are Hilarious

I Want to Tackle Someone

Giving Everything You've Got

I Want to Be Able to Do Everything

I Ate Too Much Shaved Ice

You Have No Feel For the Game

Anime-Planet users recommend these anime for fans of All Out!!. All available to watch right here, right now!

Soccer sports anime, very similar and interesting so if you like Days, you'll definitely enjoy All-Outs

All out is alot like Days because it shows alot of hard work and passion in both shows and they both have sports incommon .

Both of these anime are about highschool boys joining a sport that they really don't know much about. A lot of the anime is building the team of a lesser-known school into fighting shape and then striving towards the national level. While the styles of the animes are a bit different, both stories are about the underdogs.

Both main characters are enthusiastic towards their respective sports, full of energy, and obsessive over a specific move; In Haikyuu! Hinata loves to spike and works hard to be able to do so. In All Out! All Gion wants to do is tackle and to do so he works hard, learning the rules of the game and training hard.

Sena was always a weak child, constantly having to run away from bullies; so much, that he became good at it. Now, as a teenager, Sena’s skill at running has become so impressive that the diabolical mastermind of the school football team notices his talent and recruits him. Yet to keep his privacy intact and his dangerous hobby a secret from his...

If you like All Out!! then you'd probably like Eyesheild 21. Both have refreshing art style, interesting characters, and overall themes in the series are pretty similar. A small MC becoming much bigger than his size shows is very motivating to watch and see them succeed.