Alice in the Country of Hearts: Wonderful Wonder World - Reviews 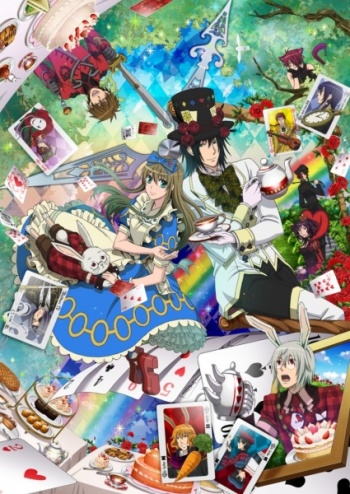 Definitely do not watch this movie if you've never read the manga or played the game. I loved the manga and I had been searching for this movie online for months and I finally found it only to be disappointed. The storyline is way too random and it took me until the end to realize what the "overall" plot of the movie was. Everything is everywhere and the story isn't fluid at all. I did enjoy seeing the characters I read in the manga come to life. It got to a point where I was bored and just waiting for it to be over and only finished it because I wanted to check it off my list (and I love Blood Dupre) . Highly recommend the manga tho!

Warning this review may contain spoilers

So this is my first monthly marathon review, this is for the movie Alice in the country of hearts or Heart no Kuni no Alice: Wonderful Wonder World. This movie is based off the game and manga; it would be wise to play/read these before you start the film due to the fact that it starts at a pretty random point in the story. There wasn’t much of a story anyway, it was a basic story and there wasn’t really a clear storyline overall.  The movie itself was confusing due to the irregular starting point as well as a really bad story. Honestly if you are looking for a good story then this isn’t the anime you want to watch. To me it was a bit of a disappointment. The animation was average, there were a few weird sections where the character faces looked a bit off but other than that the animation was alright, it matches the manga quite well.

The music was quite plain, the opening to the movie was pretty basic, and to me I didn’t really enjoy the music. The ending song was way too long but I guess compared to a series it has a lot to cover but even still I enjoyed both songs even if they were slightly plain. There was no character development at all, if you really wanted character development you needed to read the manga. The main character Alice is a typical character when it comes to a harem story; I think they needed to be a bit more creative when it came to the character personalities and stories.

Overall this was a pretty bad movie with was a disappointment when the manga is so good and intriguing, this is just the opposite. I have given it a low score due to the fact it was a very poorly written storyline, but I guess if I had played the games I would understand a bit more about the story itself.

Heart no Kuni no Alice: Wonderful Wonder World...
This anime is so amazing to watch. I felt like there were many twists and turns for the story, but one thing that bothered me was, I never read the manga before, so I had absolutly no IDEA what was going on until it was 3/4ths done with the movie. I do have to say, the gun shots were exzilerating to her and they captivated me. I would recommend you, if you want to watch this anime/movie, read the manga first, because it would make more sence.
I hope this review helped you guys. I'm off to go read the manga, so after I do that, I'm gonna watch the movie again. TTYL

Story: The story was awful. It was extremely boring. Basically it's about Alice squeeking all the time and a bunch of handsome men trying to get a hold of her heart. A bad reverse-harem. It is kinda hard to follow because it keeps getting twists and doesn't explain a thing untli the later parts of the movie.

Animation: The animation was nothing special either. It was okay, I think. I was expecting a bit more.

Sound: This one was okay too. Nothing wrong. I didn't like some voices though (personal taste?)

Characters: Just. Why. Most of the characters were men in love with Alice. Alice kept getting on my nerves. The characters hardly even have the basic traits of the original characters.

Overall it was a boring movie and a waste of time. I do not recommend it.