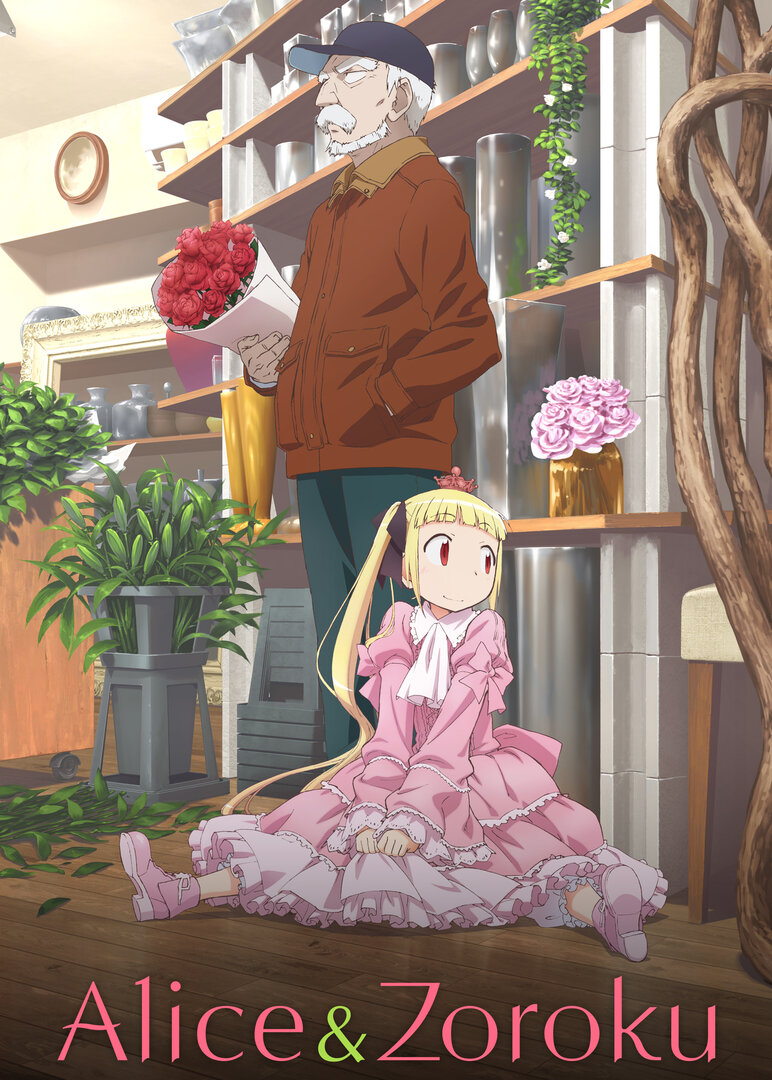 At first glance, Alice and Zouroku is an Elfen Lied knock-off with all the teen drama and romance stripped away.  There are no awkward young boys rescuing pretty damsels, no unnecessary humiliations, and no sexualized moe.  Instead, a grumpy old man tries to parent an unsocialized magical girl, and the sincerity of this dynamic makes the show relatable and heart wrenching. Unfortunately, poor animation and a weak plotline keep the series from reaching its full potential.

The pilot episode, which is double the length of a typical episode, wastes most of its time plodding through a generic sci-fi premise.  Young girls with magical powers (called ‘Dreams of Alice’) are being experimented on by a vaguely evil government research facility that behaves somewhat inconsistently.  When Sana, the most powerful magical girl of them all, escapes from the facility it naturally results in an epic (but meaningless) battle on the freeway. The rules of combat make almost no sense and the purpose behind some of the gimmicks remain unclear throughout. The underlying conflict here is cliché and mediocre, as the evil research facility is little more than a device to explain Sana’s unique circumstances.   Luckily, the facility is only one of two plot arcs; Sana must also deal with another magical girl that has serious problems of her own.  The second arc is a huge improvement over the first, but the resolutions to these plotlines don’t always make sense.  Neither the sci-fi nor the fantasy elements of the show seem to follow any consistent rules, and the logistics of highly complicated scenarios are generally ignored.

What ultimately saves the show is the presence of Zouroku as Sana’s guide and guardian to the outside world.  His constant scolding and lecturing is actually well conceived, and goes beyond merely showing good manners.  He quickly understands that Sana has had no experience with people and strives to teach her basic lessons about empathy and responsibility.  She responds exactly as a small child would, which is often ridiculous and adorable.  The best parts of the show involve Sana acting like a realistic nine-year-old who just happens to be a magical girl. The character development is backed up by solid voice acting.  Akio Ootsuka (Batou from Ghost in the Shell) lends Zouroku additional depth by conveying tender emotions through a constantly gruff exterior.  He manages to sound stern without being threatening, and is a master of reluctant sentimentality.    His counterpart Hitomi Ohwada is less experienced, but her impression of an otherworldly child is surprisingly believable, especially when Sana throws tantrums.  The supporting cast are generally well-rounded, and there are a number of newer actors who give solid performances as confused or tortured children.

The rest of the production quality seems to vary from scene to scene, partially due to terrible cg and the occasional lazy eye.  Backdrops and landscapes are generally dull and unimaginative, even when they are supposed to represent imagination, and the character art is basic.  The lackluster animation is even more disappointing when considering the number of blatant product placements in the show; surely these ads could have afforded us a better Wonderland? At the end of the day, Alice and Zouroku provides a realistic character study of a fantasy ideal and uses it to elicit strong feelings of compassion and empathy. Beyond the poorly designed setting lies a story about the psychological needs of a young magical girl and the impact a father figure can have on a troubled child.  If you’re looking for an excuse to cry, then the sentimental moments sprinkled throughout the show will certainly deliver.  Just bear in mind that it comes wrapped in a deeply flawed package, and it’s unlikely to become a favorite.

No spoilers- I enjoyed this anime, but I think it suffered a lot from the pacing. I decided to watch it thinking it was a slice of life anime, and with the first 4 episodes being plot heavy and action based, I was disappointed. There was too much plot crammed into too few episodes and the tonal shifts really threw off the pacing. I found the final conflict and subsequent ending left me unsatisfied. I wish this anime was strictly one or the other- sci-fi or slice of life, or at the very least, longer in order to flesh out both aspects of the story better.

Overall, it was okay; nothing special but nothing terrible.

Even though it isn't tagged as such, there are several bits of the Alice in Wonderland elements incorporated. The anime itself has a cute, happy vibe going, at least after the first few episodes. I would could this to be more unique than generic, as there are several things done differently from what you would expect.

The story is rather unusual. Your first 5 episodes lean more towards a dark and partial action theme. Oddly enough, episode 5 feels like it could be the ending of the anime, but it isn't. From there on, the anime turns more into a daily life situation. This is where that happier vibe comes into play. The purpose of the story is mainly on alice, who is learning about herself and who she truly is, and how she fits into the world. To go along with that, herself and a few others have a unique ability to use magical abilities such as summoning weapons or teleportation via the use of a magical crystal.

I found large segments of the last 2.5 episodes to be slightly more boring, as they strayed away from the world we were familiar with. On the plus side, they incorporate that Alice in Wonderland concept.

The ending has the largest surprise, and not something easily caught at first glance. It captures the progress of Alice well, but at a cost. Needless to say, it is doubtful there will be any seasons beyond this one.

I found the graphics to work well for the type of anime, they use softer coloring and simplistic looks to give it a cute and relaxed theme. The faces are a bit derpy looking and some of the drawing may be a bit too simplistic at times, but it ends up feeling good when combined with the theme. The music also stood out, the opening theme is lovely, and throughout there are several nice songs played.

When it comes to characters, people will no doubt appreciate Zoroku, as he isn't your generic anime character, but rather an older guy. The interactions between him and Alice are no doubt interesting, is it is far from your standard anime set-up. Along with them there will be his daughter, and some other people with the magical crystal ability users. None of those have a large presence, the anime relies heavily on Zoroku, Alice, and Sanae.

Overall, it was a pleasent surprise and very unpredictable. The initial appearance might not fit exactly what you expected. Give it a few episodes, it is quite a tame anime that I would say is happiness. 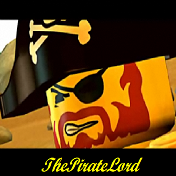 Alice to zouroku is a cute show about a little girl with supernatural powers and the old man whom ends up taking care of her. The show follows their normal yet not entirely normal days where sana learns about the world while zouroku keeps her and her powers in check.

Story
The show can be divided into three parts.The first part is the meeting of Sana and Zouroku while Sana is being chased. While the meeting itself is well done, the rest of this part is not that special. The way the whole problem with Sana's chasers is resolved is quite weak and leaves you wondering if there ever was a problem in the first place.
The second part of the show is scenes of everyday life between Sana, Zouroku and Sanae. This is the best part of the show as it cute and Zouroku's character really shines in this part.
The third part is about a troubled girl with different powers than Sana and her friend who is worried about her. The way Sana is angry with this girl is a good display of an angry child unable to fully understand what is going on while venting her anger. The way Sana decides to deal with her anger and the problem that is created thanks to this gives way for Sana to think more about herself and the people around her.
I do have to say that during the third part 2 episodes are almost completly focused on the introduction of the 2 new girls with almost no screen time for Sana or Zouroku which disrupts the nice feel created by the second part.

Animation
The animation is fairly decent. The backgrounds are well done and the scenes inside wonderland are beautifull.
However there are some minor points. While zouroku's stern face is almost always of consistent quality the faces of the other characters, mostly the girls, will sometimes look a bit raw and with it kind of goofy. Although it is often noticable its not that bad. The use of CG in the show can be a bit disturbing in the early episodes (where a bunch of errors can clearly be seen) but this is improved in the later episodes where it adds to the scenery rather than distract from it.

Sound
The opening is a cute little song that fits well with the theme of the show. The end song is in a different style than the opening but also fits. Both are great songs and probably among the best OP en ED of this season.The music during the episodes itseld was ok, it was not bad but also not that noteworthy.

Characters
The show revolves around and Sana and Zouroku and both are the cornerstones of the show. Sana's curiosity to learn about everyday life and zouroku's strict behavior are a great match that gives you a feeling of reality. Most shows would keep an elders behavior against a child rather kind and relaxed, but Alice to Zouroku doesn't shy away from zouroku shouting at sana when she misuses her powers or does something which would be unacceptable in real life. During the show you don't really see Zouroku smile but his behavior lets you see that he does care even if his face tells you something else.To combat the strictness of Zouroku there is his granddaughter Sanae, who is carefree and always smiling while helping Sana. But besides this she doesn't really add anything to the story.In the second half of the show two girls are introduced who both get a big introduction in order to set the mood for the arc. This gives them both more character than most others and there have a bigger impact in the show.
The other characters in the show are just there for a bit of interaction but don't add that much to the story.

Conclusion
In conclusion I have to say I rather enjoyed the show. I enjoyed looking at Sana overcoming her difficulties with adjusting to normal life. The story was not perfect but it was the cute parts that made up for the easy way the first arc was resolved.
I really have to say the creators made the perfect choice with how they designed Zouroku cause without him this show would not have been that enjoyable.

So if you like a cute show with a nice feel to it, with a decent story and a very well done elderly character, than I say give this show a chance.

The anime was satisfactory.

The main female had ultimate-level abilities.

The antagonists were weak.

The story was satisfactory.

I recommend this anime.

I may watch this anime again.