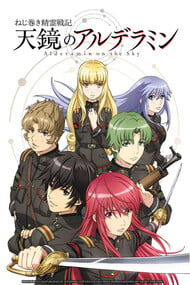 For a light novel adaptation, Alderamin does the unthinkable and has no schools and no direct fan service. It even attempts to have tactical warfare instead of overpowered beta males that need to fulfill some destiny by forming a huge harem.At the same time, it is way less entertaining than your typical light novel adaptation because the writing is still bland. The reason they stuff these stories with panties and high schools is exactly for dressing up the otherwise barebones writing. It’s like soup without salt, pepper, or anything else that would flavor it somehow. It comes off as unimpressive and boring to follow for anything else besides the mind games the characters occasionally play amongst them.Even there, the presentation is not the best, since animation and soundtrack are passable. The setting is supposed to be taking place at a serious looking military academy yet many of the characters are using magic through the use of fairies. And I don’t mean the cute cuddly type of fairies, since these spirits behave like they are animated corpses. With their dead eyes, expressionless face, and simplistic design, they serve as weird looking magic batteries as well as weak points. Exposing them is the same as incapacitating a magic user, which seems to be a neat idea, but just like everything else it comes off as bland.It doesn’t always have to do with fairy exposing, since most of the battles are about politics, thinking ahead, and outsmarting the enemy generals, but even there it doesn’t feel like it’s that smart. The protagonist is supposed to be a genius strategist, yet most of his plans are working because his opponents are idiots instead of actually competent opponents. And yes, I know the same issues plague even Legend of the Galactic Heroes but at least the cast there was charming. Other than that, I like Ikta, since unlike most protagonists in anime, he is not scared shitless of women and does not believe hard work and believing in your friends can make everything possible. He is lazy and easy going, essentially a clone of a certain character from the aforementioned show. It also doesn’t help that the first third of the anime is a very slow introduction to cast and setting where nothing much happens, and why most casual watchers will drop it before it gets to the juicier parts. And no, I am not saying it gets better, I am only saying there is plot actually happening after that. The characters are otherwise dull and usually expressionless from start to finish; there is no real charm in whatever they are doing to make you care about them. You cannot even call the chicks sexy, despite having exposed midriffs and miniskirts. They have the warmth of icebergs. The ending is incomplete, which is like they are telling us to go buy the novels because there is most likely not going to be a second season. Even as an infomercial, I don’t find it very successful since it fails to make me care about anything that is going on in the story. Although I consider it way better than something similar like the hot garbage that was Lord Marksman and Vanadis, it is still far from what can be considered a decent series, and yet another proof of why light novels are an insult to literature.

There's a lot of ditto from what others have said. I can't say a whole lot of new stuff that's already out there. I wouldn't rate this anime a 10/10 for a variety of reasons. In the most recent episode they threw a bombshell (episode 3) about random drama that you might expect out of a soap opera. But it's easy to ignore. But I hope they don't take too much more liberties because it really can sink the ship. Otherwise most of the content up until this episode was ok. I mean there was a lot of good pacing, nice story, unique characters (a few brand new ones.) and a decent story to boot. How they've set up millitary history seems to be also nice. They're in a millitary school at some point which is being determined as of episode 3. Each episode looms over and I like watching them. But they seem to lack in specific technical details except "Science."Characters. Now that I thik a bit more critically I can say that the main character MAY SEEM origional. However the black haired, too smart for his own good standard set up by Shiro is overused a lot. He's Lazy and at least they managed to trick me he's origional. The fact I want to like the show is proof of that fact. Story. The story is mostly like a puzzle that fits together. I would't say there's eough symmetry to predict 10 episodes ahead like other anime. They've done a interesting concept in a foreign world with foreign history adding in things that might be picked up as inconsequential may turn out to be more significant later. Within 3 they have already done some things other anime might take 10 episodes to chart out.

As spoiler free as possible: First of all, the art style is nice and refreshing. It's definitely different than other types of drawing that's out right now.  Second, I really liked all of the characters and the way we get to know about the characters isn't written in a lazy way. Most writers write out some kind of long backstory as a flashback to make you feel sympathy and to explain why the character turned out the way it did. Aside from the MC, this anime doesn't do that. We find out little bits about each character as the story goes and we find out about the character's past based on what's happening in the present. Using Trowa as an example, you find out he's the youngest of three brother's and his elder brothers bully the hell out of him. Instead of watching some flashback about it, the brothers are brought into the story and we watch Trowa deal with their presence and grow from it.  In conclusion:  A well written story, likeable characters and refreshing art style. 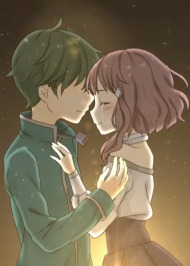 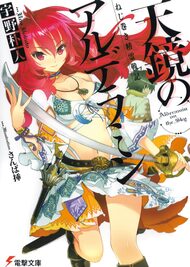 Alderamin on the Sky (Light Novel) 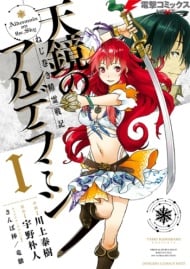