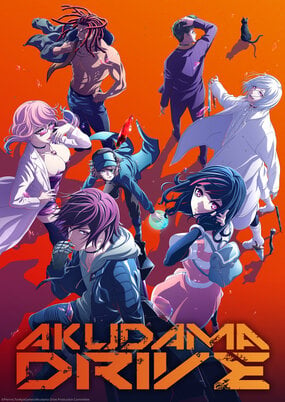 Many years ago, a Great Civil War ravaged Japan, leaving the country fragmented between two regions: Kansai and Kanto. In Kansai, a group of six Akudama carry out missions given to them by a mysterious black cat, while evading the police. But a dangerous journey is about to unfold when a civilian girl becomes twisted into the Akudama's way of life and witnesses their criminal drives.

By far the BEST anime i watched The PLOT..... OH MY it's amazing and got me shocked many times. worth watching because....  gives an insight of corrupt police system hyprociscy of the police against the akudama's (the criminals) and what it leads to gives a butterfly affect scenarios which is interesting  the symbolism of a certain object makes the whole plot interesting  all sorts of emotions are presented SPOLIER ALERT: i did NOT exceptt all the akudama's to die i thought Swindler and Courier might have some chemistry going on but hey at least they both died smiling.

This anime was... super entertaining, but isn't actually stable and consistent when you think about the storyline/plot. I mean, it depends on how you look at it and what exactly is considered a 'good' plot for you. They did a good job keeping you entertained from the getgo, however, a few plotholes emerged along the way.  *slight spoiler* They ended up introducing quantum computers which I kinda expected but they didn't go into details with anything, as with the rest of the show tbh. They talked about several things yet never truly explained 'how or why'  I do like the fact they kinda painted the executioners in a negative light while the akudama were kinda seen as the 'good' guys. It actually makes you think about the corrupt system we live in, what's right and wrong, how we humans can easily believe anything we see on the media, and how easy it is to change our minds about things we once believed in. The characters were pretty much the stereotypical ones we always see, not much personality was given to them. And their time was very short-lived so there was no development, except for swindler and courier who got a rather slight character development in the end. The last scene with courier made me a bit emotional tbh, which is surprising, considering the fact I had no emotional attachment to any of them since they were rather bland. Overall, if you want something entertaining to watch, this is your show, however, don't expect too much out of it.. story-wise. 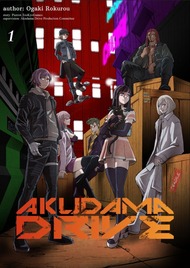