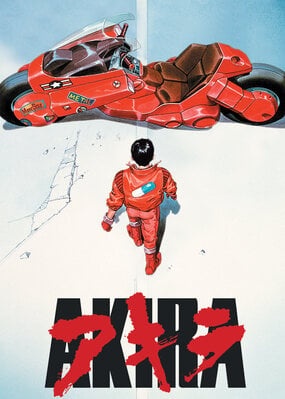 Following the disaster wrought upon the world by a mysterious being called ‘Akira’, Neo Tokyo is now in social and economic turmoil. In such a decaying city, feisty Kaneda and his shy friend Tetsuo survive by running around in a biker gang, chasing local rivals and generally evading the police. Everything changes, however, when Tetsuo crashes into a strange-looking boy during a bike chase and the military ends up taking him away. When he eventually returns to his friends, he’s no longer the same weak little boy they always knew – in fact, a military experiment has turned him into something beyond human imagination. While the military is intent on reclaiming its specimen at any cost, Tetsuo is sick of being bullied around and is about to show everyone, including his friend Kaneda, exactly who is boss.

Time is a funny thing. A veil more than a man-made concept, it is the ultimate in distorting, masking and outright changing our perception of the world around us. Go ahead, go revisit a Looney Tunes episode, you'll find it awful. Or perhaps take another look at the Titanic film your parents rented as a kid, you'll appreciate it. So yes, Akira, right, this is a review. The point I'm trying to make is, the perception people have of something can evolve over time, often beyond its merits. Something's legacy can often grow past it's own shadow, and we remember it as more grandiose when we should. Akira falls victim to this. Not bad by any means, but something mediocre has since been seen as something "epic", to use a trite word. So why is this? Well let us take a trip back to somewhat glorious 1988. Peepshow, Suffer and Green had all just been released and the world was finally getting an animated film from Japan that wasn't all robots or shenanigans. Anime fans from all around flocked to their local nickelodeon to see said film, Akira. Their thoughts upon leaving? "Well that was pretty good." By and large, nothing beyond that. How it grew to the "gold-standard" that it holds today I'll never know. The direction, the art, the voice acting, hell, even the writing, virtually none of these qualities excel to the point of influence. So that's out, but what about pure enjoyment, or simple likability? Well, for "my first anime", sure. But a serious fan of the medium? No sir, not at all. So where to start? Well, how about our bland framing device also known as the plot? I'd rather not, to be honest. The less I spend talking about this thing the better, but the people must know, and on I press! Combine the silly gang antics of West Side Story with a touch of over-the-top Mad Max and perhaps a bad episode of the Twilight Zone (Read: All of them) and you have Akira's ridiculous story. (And if these combined elements sound good to you, please finish asphyxiating yourself, as you're obviously halfway through and already brain-dead.) Oh, and a silly, Napoleonic revenge plot. Joy. Does much more need to be said? It's ineffective, it's silly, and it just tries to tie together the numerous set-pieces scattered throughout the film. It has clearly taken a back seat to some of the other elements in the movie, and that will simply not cut it. The art, thankfully, fares better, but it still falls under our "mediocre" umbrella that is the true nature of the film. Everything is drawn technically well, but it has no style of it's own. It's very "color by numbers". This is a man, this is a building. It is *not* the artist's own person, or the artist's own building, and that is a rather missed opportunity. Not to mention every frame of the film has that grainy, low quality tint to it that colored every piece of '80s animation. Not a particular fault of the filmmaker's, but it does detract from latter day enjoyment. Sadly each character who is animated is there in sight only. We don't feel their presence, nor we perceive them as a representation of a person. They are cartoons, and nothing more. The lack of personality is simply staggering given the film's (Unearned) legacy. Damsel in distress Kei, McGuffin Akira, blind rage Tetsuo or needless asshole Kaneda. They are all interchangeable with thousands of thousands of characters from other shows. We watch all of them "do", and none of them "be", and that is a trap plenty of amateur screenwriters fall into. Voice acting is equally bland, no outstanding performance on either end of the quality spectrum. So why, we ask, do people love this movie so much? Much like the adoration of Led Zeppelin, it is mob mentality. A few people like it, some silly sheep bah in agreement, and suddenly half the world holds something near-worthless in high esteem. Is it deserving? No, shoot no. But should you watch it? Ultimately, I'd say yes. It may not be the greatest animated film of all time, nor the worst one, but there is obviously a large grey area here, and it can fall anywhere therein for each viewer. We can all develop our own opinions, but reviews are here as a guiding source, and this reviewer says it's worth taking a look at. If only to get the legions of sheeple off your back for not having seen it already.

Akira is regarded as one of the most famous anime movies of all times, hailed for its cinematography and historical importance as the title that showed the west how animation can be far more than kidstuff. But how does it stand the test of time after all these years? The theme is definitely hard to work on a modern audience. Back then science fiction was all about making technology seem very dangerous and scary, able to destroy humanity, or help it evolve into a new form of existence. This is no longer the case, since by now technology is a wonderful thing, full of videogames we can escape to, and have cyber sex. This does not make it bad, just outdated and down to personal preferences. The tone still works fine. It is rather campy but focused on being a dystopia, where civilization became decadent, politicians are incompetent, people riot and expect a messiah to deliberate them, before everything blows up to smithereens. The plot was and is simple, a result of cramming a huge manga into about two hours, simplifying and changing considerably several points to the point all you are left with is a fairy tale version. Reading the manga to get the full picture is not excusing nor improving anything, so yes, it is nothing much to talk about. The characters suffer a lot because of the simple plot. They feel bland and shallow, closer to plot devises than people. Although many of them have different goals and motivations, there simply isn’t much time dedicated on anyone besides Tetsuo. Who by the way is the antagonist, not even the protagonist. This role belongs to Kaneda, a standard delinquent teenager who could be easily replaced by anyone else in his gang and you wouldn’t tell the difference. It’s Tetsuo who constantly changes throughout the movie, from a weak underling, to super saiyan Vegeta, and eventually to a huge Kthulu baby. There is a decent attempt to portray the psychological damage and frustration everybody feels, but it comes off rushed and even silly because of the over-expressive way the characters are drawn. I know many who have a hard time telling if they are being serious, or to distinguish men from women because of the rather simplistic facial structure. The pretty colors are of course the thing that still looks gorgeous and decades better than most of any other animated title of today. Extremely detailed, with multiple layers of animation and a high frame rate, all of which is hand-drawn. It is a splendid piece of work, even if it’s otherwise a minor aspect of what makes a movie good. The music part is hit or miss. Most of the songs contribute to the eerie atmosphere of the setting, with the voice acting ranging from decent to god awful. And this is not limited to the first English dub which was done back when voice acting was a job nobody gave a damn about. Even in the original language, the actors don’t use the proper tone of voice half the time. It’s a bit distracting but otherwise nothing you can’t get used to. After this breakdown, it becomes a 50-50 chance for someone to like the movie, thus making it controversial. Theme: based on preferenceTone: yesPlot: noCharacters: besides Tetsuo, noAnimation: yesMusic: yes to BGM, mostly no to voice actingI personally find it very inspirational, very close to the problems of the era it was made in, and not about beta males porking their sisters in some school. It’s also retro, so it automatically becomes better than most of anything that came out in the past decade. It has some major issues but at least it’s a dystopia that makes sense, and not a piece of shit, written by Urobutcher. This is more than enough to keep it in my favorite anime list, and if you disagree with that, it’s because you grew up at a time when technology is all about fun and games. SUGGESTION LIST Tetsuo the Iron Man Choujin Densetsu Urotsukidouji Choujin Locke Elfen Lied 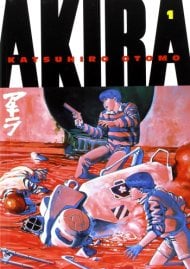