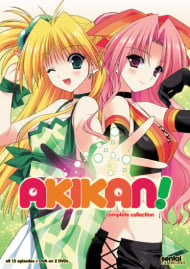 Kakeru Daichi is an openly perverted sixteen-year-old boy who has never had a girlfriend. One night, after a refreshing shower, the boy decides to have a drink and opens up a can of melon soda; but his first sip turns into his first kiss as the can suddenly transforms into a cute girl! After his initial hesitance to acknowledge her existence, Kakeru - as her new owner - names the girl Melon and allows her to stay. Melon, as it turns out, is part of a government project in which aluminium and steel 'Akikans' fight each other to determine which is the superior type of can. Completely against the idea, Kakeru insists that Melon will not fight. Though with the appearance of Budoko, a grape juice Akikan; and Yell, a sports-drink Akikan; it seems that they won’t be able to avoid the battles forever.

StoryAhh, Japan. You're built on a diet of raw fish, have a love of whaling and a seemingly unhealthy obsession with panties, but we love you anyways for your endless good ideas about anime. Unfortunately, it seems you've reached the bottom of the intellectual barrel and served up Akikan, a title whose name is as bizarre as the content is scummy. Now, 'scum' may seem harsh, but cursory glance over the synopsis alludes to the tripe that lies within. Kakeru is a dislikeable and generally perverted youth who spends his days fantasising about finding a sexy girlfriend that he can get frisky with. Imagine his surprise when he finds himself locking lips with a mysterious beauty after taking a swig from a can of melon soda; or "her juice", a phrase that is filled with innuendo and used frequently throughout the series. Throw in a cliche childhood friend, and a nod to Bible Black with a highly oversexed witch, and Akikan's one unique selling point becomes moot. Roughly six minutes into episode 1, I realised just how bad the storyline was going to be. Numerous canned beverages suddenly spring to busty life and battle it out to decide if steel or aluminum cans are the best in a desperately cobbled together plot. I shit you not. Akikan's ridiculous nature smears itself across your face frequently, such as Melon throwing giant exploding cataloupes at the sports drink, Yell's, light saber. Meanwhile, the previously mentioned witch has a compulsive disorder in which she needs to grope her naive friend, offering the yuri fanboys a distinctly unsatisfying spectacle that is more cringe than fap worthy. As the dead dog drags itself to an unwelcome finale, episode 10 introducesy unnecessary filler; Melon and Yell perform house work, while the younger Budoku plays dress-up with stuffed toys for a completely unknown reason. Maybe I dozed off for a week, as the next episodes jump ahead in time to the introduction of Miku, a very weak mixed drink and the story's final boss. This “plot” part of the show is quickly wrapped up in forty minutes, leaving an extremely bitter aftertaste because of a lacklustre attempt to bring more panties to the viewer. Then again, why should I expect more when this is all Akikan has attempted (unsuccessfully) to offer?AnimationOne of the things that amused me the most (in a bad way) was Akikan’s animation. The wide character outlines - which appear to have been drawn with crayons - give the impression of an artistic team overflowing with ham-fistedness. Equally amusing is the interesting attempt at lip-synching; apparently having a characters mouth open and close in a way similar to a goldfish holds the key to realism. With mismatched eyes, distorted facial features and limbs without bones, the series' visual attributes does not fare well. To be honest, when a title earns a headline of “Epic Fail Anime” on Sankaku because of its animation skills (or lack thereof), then you know you are most definitely on to a loser.SoundEven having numerous ending tracks and a couple of opening tunes could not save what will probably become my most detested soundtrack of 2010. Jumping between overly sweetened fangirl style hits to a horrific sounding electronic Hatsune Miku, the lyrics are just as mind-numbing as the rest of the show. At least Akikan can be praised for its consistency. Somehow, the delectable sounding Jun Fukuyama was railroaded into playing the detestable Kakeru - personally speaking, I think it was blackmail. Although he manages to pull off a sterling performance, the likability of the character combined with a script written by inmates on day release from the funny farm means this will not be one of his most memorable outings. Also worthy of a mention is the inexcusably un-evil protagonist, Miku. Where they dragged this seiyuu up from, I have no idea, but her maniacal laugh acts more like a sandpaper rubdown than a means to instill fear in her adversaries.CharactersWith Kakeru coming across as a dislikeable idiot, it is difficult to see why he would have numerous females throwing themselves at his feet... unless they are short on smarts. And judging from the apparent intelligence shown by Melon and childhood friend, Najimi, that most definitely seems to be the case. As each characters' deficiencies bubble to the surface, the distinct lack of development highlights the fact that there is a severe void in the personality department. Out of the shallow roll call, only the yaoi obsessed Otoya shows occasional moments of potential. With his perverted moments infrequently filling the screen, it was a breath of fresh air for a running joke to not be wrung completely dry. Sadly, the leader of the Department for Economy has very little screen time, and the viewer must instead remain content with the vacuous bubbleheads that call themselves the “main cast”.OverallFrom a young age, I have always been taught that “if you can’t say anything nice, don’t say anything at all”. So in conclusion, *A tumbleweed blows by...*

Alright, I've seen this anime get a ton of negative feedback. Personally, I watched it before seeing all that, and it honestly wasn't that bad. Now, it's not exactly the best anime I've ever seen, but overall I enjoyed it. Yes, it is very short, and doesn't have a very deep plotline. (I'm not gonna sit here and summarize it, you can read that in it's description) However, it is a wonderful comedy, with just a touch of romance. It is obviously not meant to be a serious aniime, but I recommend watching Akikan! if you're looking for a quick, quirky and bemusing show to watch. And as far as the animation goes, it is a little different from most popular mainstream anime. It's not bad, nor terribly distorted, just different- a unique artstyle.  Bottom line, if you want something different.. Have at it.

What can I say about this sad excuse for an Anime? Not much. This kind of Anime is why I believe that Japan is just running out of ideas. Let me try to sum it up what this is about in a simple sentence: Soda cans made of steel or aluminum fight to prove their superiority while learning about sex. It's ridiculous. You take the standard "loser boy somehow ends up living with amazingly hot girl" storyline and just drive it in the mud and puke on it. "Akikan!" literally means "empty can" and in this story, a perverted high school boy named Daichi Kakeru comes into ownership of a melon soda can by buying her out of a vending machine. Upon drinking the can, she turns into a 'hot girl' clueless about the real world. Despite being clueless about the real world, she can somehow figure out what some perverted things mean sometimes and other times, she doesn't know what in the world she's talking about. The episodes generally run without much linear storyline and lacks a great amount of character buildup. Kakeru, for example, end up going on dates with his classmate and Melon (his can). All other characters tend to be forced in. Yell, another soda can, is forced into the storyline to become Melon's rival and later friend. The show decided also to throw in a grape soda can in the form of a super-cute chibi, a super-busty lady with no real role in the storyline, her boss who is a governmental worker overseeing the cans fighting whilst sexually harassing Daichi, and some lesbian witch who randomly pops in during episodes to sexually harass Yell's owner. The way the characters were drawn in the Anime served to be painful. The highlights and shadows seemed to be drawn on without much thought. The hair had no flow and no real shape to them. The clothes didn't make sense after the cans go 'in uniform'. Special effects were mundane and boring. It looks like someone who is new to photoshop and the pen tool decided to make an Anime. And while it may have taken them forever, the quality still sucks. However, I'm not going to say it's the worst I've seen. I can't think off the top of my head the worst drawn Anime, but with today's technology and resources available to present a 12-episode Anime, it should have been executed better. It wasn't entertaining either. Whether it was because the storyline wasn't quite linear or because the graphics sucked or because the characters sucked, I don't know. It could be all three. This anime got boring real quick. The sexual puns couldn't even be considered amusing. People who made this tried too hard and failed. I really can't say much for this Anime. I really can't. The only thing that it has going for it is its soundtrack and even that gets old after awhile. The soundtrack is limited and because the situations are so predictable, even the good music becomes old after you predict its coming in specific events. I just suggest you refrain from this Anime. No action lover would like it and no romance lover would like it. This wouldn't even appeal to ecchi lovers. Like I said, this Anime tried and failed. Best kick this one to the curb, folks. 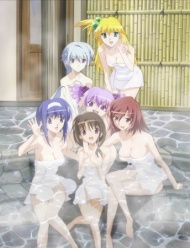 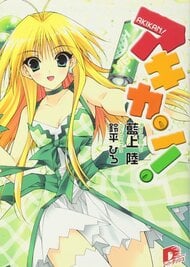 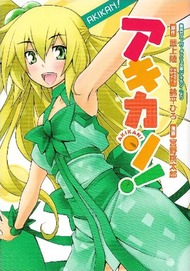