Deceptive advertising! A foot fetish ecchi about middle school girls! Advertising: a girl wants to go to her mother's middle school wearing a traditional sailor uniform. She makes friends and has fun. Genres: middle school slice of life. Actual content: a foot fetish ecchi with middle schoolers! For the purpose of this review, I believe ecchi to be anything that is meant to arouse the viewer. If I see it, it's ecchi. Akebi's Sailor Uniform is an unsettling mess that uses a lightly dramatic family and school story to conceal that it is an ecchi focusing on feet fetishism.  There are two problems with Akebi: the content and the advertising.  The content: Akebi is a middle school girl foot fetish ecchi. Young girls should not be depicted this way. What appeared to be a soothing story revealed itself to be ogling middle schoolers. I had my suspicions early on. I have read that feet are often the most difficult body parts to draw and animate successfully. There are more detailed close ups of feet than I have seen in any movie or TV show. The amount of frames depicting well drawn feet surprised me. The scene that broke me was so blatant that I dropped this series immediately. There are other elements of ecchi present, such as schoolmates trying to persuade each other to act inappropriately, but these are dwarfed by the feet. The advertising: The trailer and summaries I used did not indicate anything about the ecchi. Anyone who watches this would have no idea that this anime is an ecchi. This is not advertising overlooking a small element. The ecchi is persistent throughout the two and half episodes I managed to watch. The advertising purposefully deceived me and that makes me angry. I was especially angry because this anime went in a direction that I would not have expected at all. Misleading advertising should not be tolerated. If something is ecchi, display that in the advertising. Do not spring this on people who do not know any better. Do not watch this anime if you are averse to ecchi of young women. Do not be fooled by the advertising!

I really wanted to like this anime. Calm, no real plot, beautiful animation and a unique style. But, I cannot continue it.  This is an ecchi and there is absolutely no way to defend it. The foot thing is the biggest one, the most obvious one being the sniffing nail clippers thing (in the FIRST episode), followed by the middle schoolers sending lewd photos to each other, which are SHOWN, not just implied. I have no idea if it ever resolved as a, "11 year olds shouldn't do this," because this was my personal limit. Maybe it is shunned near the end of the episode, but the presentation during this scene certainly didn't imply any type of leading up to that.  I can't even finish the 3rd episode. I'm so mad, I really wanted to like this anime.  You CANNOT defend this anime. The amount of detail, movement, shading, close up to the camera, upturned angles, etc. The has only been one scene in which the barefooted-ness was plot-relevent. Otherwise, all the other feet shots were completely unnecessary. I could get through no game no life because while disgusting, they called themselves out on it and it wasn't as CLOSE and FREQUENT with the sexualizing an 11 year old sisiter. If you want a chill yet high asf quality foot fetish, underage-lewdness anime, this is perfect for you. 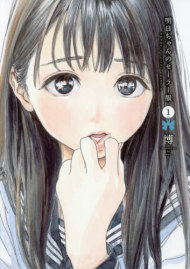