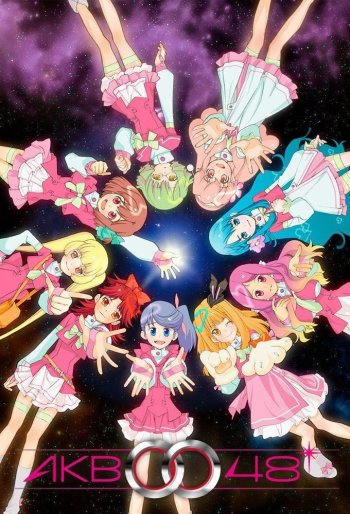 Both of these shows are about a large group of girls who wish to become popular idols. Most of the girls have never met before so the shows are about them becoming friends and facing idol-related challenges together. If you enjoyed one, you'd probably enjoy the other as well.

the main theme here is idols! so just by that it is clear that there are going to be alot of similarites, but there is with any other idol anime. but with these two animes they are both about a rather large group of girls who start being idols for a greater good e.g. bringing entertainment to the world or saving there school from closing down. which ever one you watch you will see the character development form just normal girls to idols. 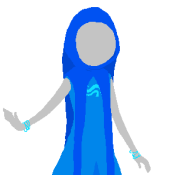 just started this after watching AKB and i'm loving it already. it's pretty good! at first i was a little hesitant bc AKB is sch a good series. with it's combination of catchy songs, bright colors, cute outfits and action scenes, i didn't know if Love Live would be able to stand up to it but it's done a pretty good job so for. i gotta admit i was happy with this recomendation and i'm sure others will be too.

They both include idols mainly, they are both about a group of girls who want to become a big idol group together! I also think some of the character personalities are pretty similar Nagisa = Honoka? Anyway I think that if you enjoyed on you should enjoy the other, as long as you like idols you should be fine!

If you liked AKB0048's singing and dancing girls, then you'll definitely like Love Live! Achool Isolg Project. Just like AKB0048, Love Live! has awesome battles, but instead it's more like school idols against others. Love Live!'s character are adorable as hell and each have different personalities, from shy, loud, outgoing and even scared girls. This is an amazing anime for fans of anime idols/bands.

Both full of great idols, and both have great music and inspirtational songs!! AKB0048 brings into it fighting and shows that love is better than all, and Love Live is all about determination. Who doesn't want more cute girls?

If you liked either of these shows, I think you'd be interested in the other. Both of these shows are about a large group of girls who want to be popular idols. Although the setting is very different, they both include group friendship, dance/preformance numbers, and cute music.

AKB0048 is basically inspired by Idolmaster and shares all atributes except the setting which differs greatly between the two. Idolmaster is AKB0048 without the SCI-FI Future fantasy to put it blatantly. Idolmaster takes place in modern time Japan while AKB0048 takes place is a dystopian future.

Well they both have genres in common, idols and music. Both are have quite good storylines and the characters are pretty similar. They also both have small comedy elements even though that isn't the main focus. Finally even though they are set in different areas the idea was quite similar, they follow a bunch of girls into their dream of becoming an idol. So if you liked one of these animes then you should like the other!

Both are sci-fi. I watched Symphogear first then I wanted AKD0048 and they really do go together

It is similar because it has idols and bothe are just really great! they both have many things in common. And makes you want to watch more and forever.

Both are anime in the idol genre. While AKB 0048 is quite a different take on it all together. Both anime are on the exact opposites of the IDOL anime genre. Wake up, Girls tries to be as realistic as it can while AKB0048 takes place in a sci-fi setting. Both anime can be interesting if you like the idol genre enough.

If you haven't seen Simoun, then you're missing out. Having come to this show for Idols only to find a bunch of girls struggling to find their place in a complicated world at war, I am sure you want more!

Mari Okada wrote Simoun so it's no surprise it's got a bunch of the same themes as 0048. Both series take place mostly on combat warships. Both deal with girls struggling between their role as fighters and liturgical centerpieces. Both series also share similar story structures where the texture and nature of the conflict change and deepen as the series wears on, trading powerfully on the relationship the viewer has with the girls.

In short, if you found 0048 thematically fulfilling and want something on the same wavelength but a little more intense (and with more actual Yuri, not just Yuuko hitting on everyone), Simoun is for you.

The story is set in a parallel Japan very similar to the modern Japan we known today. Increasing income divide, creeping environmental pollution, unsolvable garbage problems, childcare waiting lists being disputed while those directly involved aren't present, repeated cases of corruption... Japan's government, entrenched in its own vested interests, can do nothing about the abundant problems and discontent throughout the land. Now, at long last, idols are taking a stand to rescue a nation with no way out! The Heroine Party, the Sunlight Party, the Starlight Party, the Bishoujo Party, the Wakaba Party, the Subculture New Party, and the SOS Party: idols from these seven idol political parties who have become Diet members representing each prefecture will crash through the sense of stagnation that surrounds Japan with their song and dance! They will bring back the people's smiles and envelop Japan in their shining aura!

Like your idol anime splashed with a touch of politics?

Both of these idol series are a bit different than regular ones because they have their idols involved in politics (or in the case of AKB, rebellion against the government). While the themes might make them seem more serious, they're still both idol anime at heart, where live preformaces are just as important as trying to save people.

Nothing is more appealing than the bright, sparkling world of School Idols! The girls of Uranohoshi Girls' High School are swept into idol fever, wanting nothing more than to become the next-best School Idol group. And they plan to do just that. Chika Takami brings together eight of her classmates to form Aqours, their own idol group. As long as they don't give up, any dream can come true!

It both is about girls who want to be idols. Both anime revolve around music. They also both show the struggles of how not only to become an idol but also to gain popularity as an idol.

A typical morning. The usual music. Their normal lives. The peace these seven girls experience will suddenly be destroyed. By the living dead... zombies. A reality that they never wanted a part of, an amazing and terrifying zombie world. They all share one wish: "We want to live." These girls will struggle through this saga, in order to achieve a miracle.

Both are a somewhat different take on the idol-genre. They both focus on the characters and the relationships between them. Both have great music and interesting stage performances.