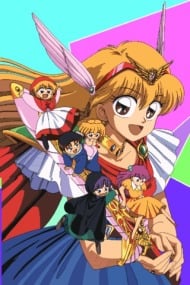 Red Riding Hood Chacha is an aspiring young mage who can't seem to get her spells right, commonly performing blunders like summoning a bouquet of noses instead of roses. But when her famous master and magician Seravi decides to send her to Magic School, things couldn't be better. Along with were-puppy Riiya, love-struck Shiine, Black Riding Hood Yakko-chan and other new friends, Chacha must survive both the evil forces which threaten the land and sadistic (yet still somehow caring) teachers alike!

STORY This is a parody of fairy tales for those who want some quick laughs. Animated by Studio Gallop, famous mostly for the anime adaptations of Rurouni Kenshin, Initial D and Yu Gi Oh. Directed by Tsuji Hatsuki, who also did the prequel OVAs of Rurouni Kenshin and the second Yu Gi Oh GX. We have a case of starting a story without having thought of one, making up one along the way, and eventually, giving up on it entirely. Although there is a story, it is very undermined in favor of comedy. The series can be divided into 3 story arks. * Episodes 1 to 24 have no story whatsoever. It’s just silly kids doing silly things, while a villain wants to hurt Chacha for no given reason. It’s slapstick comedy with some lame Mahou Shojo overtones.* Episodes 25 to 56 are a typical fairy tale, with princesses, knights, evil demons, some personal drama, some weapon power ups and your run-of-the mill final showdown. Meaning, it’s like the first ark, but with a scenario in between. * Episodes 57 to 74 have no story again! It feels a lot like the first story ark, only without villains and magical transformations. Pure slapstick comedy. Still, this part fleshes out its characters, based on previous events and flashbacks, and it’s generally coloring them without going anywhere.The series suffers from a lot of repetitiveness. The plot is almost always about a bad guy chasing Chacha, the kids doing something stupid, falling into a trap and being saved at the nick of time by a lame Deus ex Machina solution. Still, the comedy aspect of the story is not predictable half the time and there are revelations, plot twists and character coloring along the way, making the story not so boring. A very good aspect of the story is how it manages to colorize all its main characters; especially in the third ark. Although the series has no general point, it focuses on its characters and saves face, allowing you to at least bond with them. It’s a bit hard to care since nothing makes sense but it’s still a fun show for the family. ART The series is mixing up ideas from fairy tales, JRPGs, and concepts from other genres. It has a very good variety in shapes with bright and vivid colors; but it doesn’t really make any other use of them, other than making fun of their premise. Meaning it just uses them as random plot elements without any uniform with the setting, which is disappointing if you see how much room the premise was leaving. The amount of detail backgrounds and special effects receive is very small, with the characters suffering from choppy animation and the cookie-cutter syndrome (they look alike). I imagine their different demeanor, extreme grimaces and ridiculously funny way they run, mitigates most of that in comedies. CHARACTERS Quite generic in appearance and behavior, with extreme grimaces and cute looks. They have variety in quirks and demeanor, although that is cheapened by how all of them react in the exactly same way when they are frustrated (going berserk and SD). The main cast gets its share of personal drama, facing their biggest problems, and dealing with family and romantic situations. Although they didn’t really mature or change because of all that, they behave in the same way no matter what they face, so it gets stale after awhile. I know, it’s a comedy and such a thing is not necessary; but come on, it would be amazing if they bothered to have some change. VERDICT Well, it is definitely funny but nowhere near the level of slapstick comedies found in my Suggestion List below. I mean, for how long can you find funny little kids doing pointless things, without ever learning, changing, or doing something really erotically nasty? The story was not going anywhere, and those repetitive Mahou Shojo transformations were really lame; removing them from the series later on was a plus. It is an ok watch, but no masterpiece. SUGGESTION LIST Mahoujin Guruguru and Dragon Half are better slapstick comedies, based on medieval setting. Dai Mahou Touge, Dokuro-chan, Puni Puni Poemi and Moetan are better parodies, using the Mahou Shojo genre as an excuse. Ranma ½ and Urusei Yatsura are very old but still great storyless comedies. 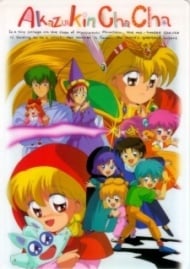 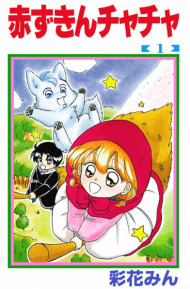