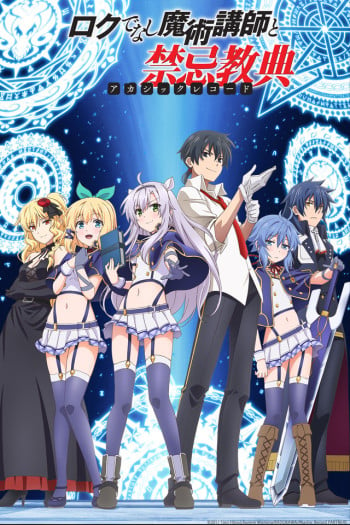 If you're looking for anime similar to Akashic Records of Bastard Magic Instructor, you might like these titles.

-Both MCs are teachers.

-MCs left their previous job to become a teacher.

They're both fun comidic stories about outcast teachers. Though Akashic Records is a little more on the humor side. These 2 would be a good fit.

Both show main character a male with females as the side characters, while fighting off some type of evil within there dystopian world.

Both series have similar start and premise of badass instructor coming to university and being distrusted at the start, but building loyal harem of studenst over time.

They have nearlly the same support cast down to looks and similar personalities. They feature strong male lead with exceptional skills in a magical world with children leading most of the support harem like nearly all girl support cast.

Both is kinda harem - check

Both focus on magic - check

Both have strong male leads - check

Akashic Records of Bastard Magical Instructor and The Irregular at Magic High School (TIAMHS) are very similar animes in themes. Both animes have a high school setting with young protagonists that are *slight spoiler for Akashic Records* overpowered. Don't let the word overpowered turn you off either of these animes, while it is an overdone theme these are definitley two of the most succesful ones in recent memory. Akashic records deals more with magic while TIAMH is more sci-fi (technology). Akashic Records is definitley the superior series so if you come from watching TIAMHS you are in for a treat. Both protagonists are cool and powerful but Akashic Records holds more emotion and plenty of more subplots.

In an elite priate school for kids there is nothing to worry about, but this is class E. the losser class, with all the kids that didn't make the cut. They have a special assingment. Assisinate their teacher who is going to estroy the world at the end of the year. there is just 1 problem he can travel at moc 20 without breaking a sweat.This teacher stars out riiculous, but turns out to be a really amazing mentor. The lead charecters are very similar. Although the plot is different you will find they have a lot in common

You're Being Summoned, Azazel OVA

When summoning a demon, the summoner must supply a worthy sacrifice – something important to them – as an offering. However, when Rinko summons the terrifying Azazel one day, she only has cleaning in mind and stew to show for it! Alongside the equally-as-frightening Moloch, the two demons must cater to her and Akutabe’s whims, but there’s a catch: in the human world, within a protective barrier, they take the form of two cute, cuddly creatures!

Both show have a pretty neat male mc and lots of humor. Some scenes are really unexpected.  Nice animation too. 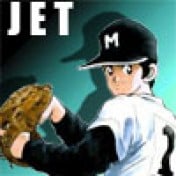 Both shows possess irresponsible MCs, who are goofy and don't really have qualifications for their respective occupations at all, but manage to sort any epic challenge anyway. Akashic records is highly rushed, while Captain Tylor is kinda oldshool, but both boast that unorthodox half comedic, half dramatic vibe.

This anime as a lot of magic and humor in it. Even though the characters in Fairy Tail didn’t go to school they still got stronger. This anime has the characters learning new things about magic everyday so they can  defend themselves in battle if needed. In all they are very similar yet very different from each other.

Both Bastard Magic Instructor and Assassination Classsroom have overpowered main characters who teach in a classroom environment.

The Bastard Magic Instructor and Failed Knight have main characters who appear weak but are overpowered when they need to be.