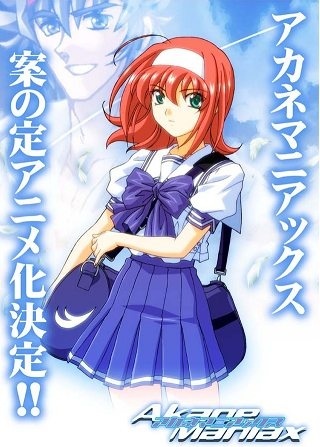 For Akane Suzumiya, letting go of her memories and moving forward has been difficult. Luckily (more like unluckily) for her, the loud and confident baseball powerhouse Gouda "Ace" Jouji has just transferred to school, and what's better (worse?!), he's just proposed to her in the middle of class after their first meeting! Can Akane outmaneuver and escape the persistent Gouda, or is she doomed to a pairing she cannot refuse?

Despite the decent grade for animation, this anime has nothing, and I mean nothing, to save it. The emotional scale is up-down-lup-down-left-right-left-right-a-b-start... no, wait, that's the Konami code. This was so bad, I had to keep stopping to look at something else to calm myself down from wanting to beat the writers. Plot/Story: There was one? If so, it was so lost in the insane musings of the male lead that it couldn't be followed. Animation: Alright, I'll give them credit, they managed to make this insanity pretty. Sound: Couldn't really pay much attention to the music when the horrid plot made me want to smash my computer, but I guess it was ok. Characters: I feel so bad for these characters. They could have been something, they could have been contenders, but they ended up lack-luster and poorly done. *tears up* It's so sad.

Story 1/10 Normally I would be very careful so I wouldn't include any spoilers here, but then as I recall the anime that I watched a few hours ago, it lacked something very important. An actual storyline. No plot. At least no essential plot. What they tried to tell us is that a high school transfer student, Jouji Gouda, arrives at Hakuryo High School. When he is introduced to the rest of the class, he meets Suzumiya Akane, a character that is known from Kimi Ga Nozomu Eien, and blatantly proposes to her. From that point and on he constantly tries to make Akane like him. Well, in other circumstances, this could create a good background for a decent anime but not here. Even if you come here to look for a romantic comedy, Kimi Ga Nozomu Eien heavily affects Akane Maniax and you just can't laugh no matter how hard you try. Even so, while watching the first two episodes, I tried to focus and to connect the only common thing to these two animes, which was Akane, and learn more about her emotional problems. But the poor story doesn't even let us focus on that because of the characters and their lame attitude. An attempt to combine an idiotically funny attitude from Jouji along with Akane's depressive and angry state is marked as an ultimate failure. As this wasn't enough, this OVA series also parodies robot shows like Mazinger Z by letting Jouji actually use one. At this point you must be looking at what I have written so far and have the most confused face ever. How does one put robots and a side story from a legendary drama anime in the same series is beyond me, even if it is only for a parody. At the point where Jouji opened a school door and inside was a robot, well this part actually killed it. Parody you say? Not acceptable from me and many others. There are other ways to parody mecha shows and that's not the right way to do it. Animation 4/10 Maybe the animation is the only thing I can hold from this anime. It had something from KGNE and this could be seen clearly from Akane but any new characters, and especially Jouji, were more than horrible. And let's not think about the robots, mecha shows would commit suicide if they saw the design. The background animation is poorly made as well, with the only exception the scenes on the hill. There were a few scenes that offered fan service mainly with Akane dancing samba almost nude and some other ecchi parts, but overall nothing too offensive. Sound 2/10 I won't lie, with the terrible storyline, the characters and the mediocre animation, you won't be able to take a great notice of the sound. Much to my discomfort, I had to rewatch some parts to notice the sound and it wasn't anything remarkable. I think the series would have been a little better if they just muted the sound and let the characters speak. The Opening (beginning by Kuribayashi Minami) and the Ending (Arigato... by Mizuhashi Kaori & Muv-Luv by Kuribayashi Minami) songs were very disappointing but at least they offered a better animation than the main dish. Characters 1/10 Just meh. Seriously, Akane is buried by the horrendous party. You will only notice the famous Tsundere-style Akane has (and even that is extremely weak) but that's it. Jouji can easily become one of the most hated characters among all animes, as both with his violent and with his childish lovey-dovey attitude totally ruins the whole thing. The rest characters are a nuisance as well. Now for the character development... Huh... Yeah there isn't any. Unless you call Akane's all-tough and tsundere attitude going towards a confessing and crying style a development, there isn't A-N-Y-T-H-I-N-G that can tie you with the characters and be considered as development. Overall 1.5/10 What else to say... Oh like KGNE, this side story is also based on a game but not as ecchi as KGNE was. It focuses more on adventure and comedy. All these matter little though, as the anime has nothing that can give to you to remember as an extra to KGNE. And don't even think about re-watching it. Unless you are a masochist, I see no reason why anyone should torment him/herself twice. Maybe I am too good towards the anime with this rating but only for seeing Akane even a little more I feel like giving half a point more than it deserves. Recommended to no one. Honestly, if you ever planned to see this, you will be disappointed big time. This is the first review I ever do for an anime and generally for any piece of art so please be nice.

This is my first review so go easy on me. There are spoilers.OK, here goes.Ladies and gentlemen, I am writing this review to warn all of the 1000 poor, unsuspecting souls that want to watch this anime for it is a potential death trap for all those who are even remotely interested in romantic comedy or are a fan of Kimi ga Nozomu Eien. After watching I felt like a violated, tortured and disfigured person that somehow managed to survive the atrocities in the hands of its creators in a deep, dark dungeon and, with little strength that I have left, I shout warnings to all the other fellow romantics and romantic comedy enthusiasts not to watch this for it's very likely to crush you.Akane Maniax, also called Kimi ga Nozomu Eien Gaiden, is the first of the two parodies of Kimi ga Nozomu Eien. The second being Ayu Mayu Theatre. I first watched the latter and liked it. It was a little bit quirky but still a decent and simple comedy. Then I, the fool, took an interest in Akane Maniax. Drawing from my experience with Ayu Mayu Theatre I thought ''how bad could it?'' and so I watched it... And It was bad. Very bad, horribly bad. It was so bad that it literally kept me awake at night, that's how bad it was! (takes a deep breath) Sorry. Well, lets get on with it. Immediately we are taken into account that the comedic aspect is predominant to the romantic one. The first two episodes were watchable. I tried my hardest to ignore the asinine idiocy of the male lead, Gouda Jouji, and his moronic yet innocent advances on the female lead, Akane Suzimiya, and attempted to focus on Akane Suzimiya's deep mysterious angst. Then, in the third and last episode, the deathblow came... It was like being an innocent, unsuspecting child being lured in by an ugly, sleazy old paedophile. When the poor child came close enough ... heaven help the poor child. In that episode it was revealed that Akane WAS DISTRAUGHT AT THE FACT THAT HER SISTER'S BOYFRIEND CHEATED ON HER WHILE SHE WAS IN THE HOSPITAL... This would make some sense if the sister was present, but she wasn't. She only made one very short appearance. At that point, I became aware of the twisted trickery but it was already too late.Akane finally answers to Gouda's advances on a lone hill with a denial and admits she loves someone else who is unnamed. The thought that the creators didn't use this focal point and instead used the aforementioned one, provided the death blow. but the creators seemed to be feeling bloodthirsty and continued. Gouda, finally taking the hint that he cannot have her heart, haves himself a loud long cry while Akane just leaves him. After stumbling down the hill, feeling sorry for himself, another death blow comes. HE IMMEDIATELY FALLS IN LOVE WITH ANOTHER GIRL! Just like that. However, he immediately discovers that that girl has a boyfriend and again he falls into depression until a lavish limo comes along and he is asked by a mysterious girl with a katana to join her. He obediently does so. He apparently drops out of school and out from everyone's lives. The End.This ... anime, this godawful peace of horse dung plays with your emotions more cruelly than a cat while playing with a fake mouse and then shredding it to pieces. All the anticipation to finally learn what is wrong with Akane was smashed down harder then Nazi Germany. Such a feeling was even more bitter after tolerating Gouda's primitive idiocy to get to the end. I shall regret watching this till the day I die. Nothing is redeemable in this anime. The sound is generic and boring, the animation and was clearly done in a lazy way and the characters, well... I rather not get into that.I only have one word left to say: ZETSUBOSHITAAAA!!!!! 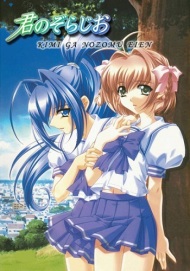 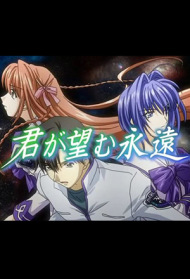 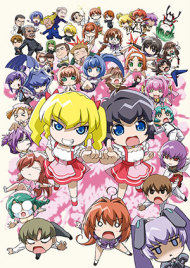 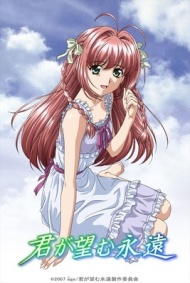