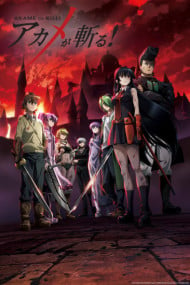 Akame ga Kill has become the representation of feelziness. If you are one of those people who expects to get emotional from the very first episode, you will lose your shit with this one because (GASP) it constantly kills its characters and doesn’t resurrect them a few episodes afterwards. This made it super popular while it was airing and eventually got overhyped into the status of a masterpiece, because it deconstructs the clichés of fighting shonen. And by clichés I mean plot armor and talk no jutsu, elements the shonentards got tired of seeing in Naruto. Everybody were so butthurt by Pein being talked into changing his mind and bringing back to life all those he killed, that the instant they found a show not doing that, they hailed it as mature and serious. Something which is not, since it constantly ruins every dramatic scene with out of place fan service and slapstick comedy. The mood whiplash it creates is immersion breaking, since it can’t maintain a specific emotion for more than a few seconds. Which is why it appeals so much to edgelords. Speaking of edge, the show is constantly trying to present everything as grey in morality, since most of the heroes are heartless assassins and many of the subordinates of the villains obey them out of duty or some twisted concept of justice. What it’s actually doing is making you think if you mix extreme violence with extreme comic relief, the result will somehow be more grey than if you have clear cut good guys and bad guys. Which is not the case since blurring the lines of good and evil is not the same as making everybody a psychotic mass murderer who loves to torture and rape innocent people. The bad guys are pitch black evil and never show the slightest sign of remorse or questioning their horrible acts. Hell, they don’t even have any motivation for torturing and killing hundreds of people other than “Because we can lol”. Yet none of the emotionalists seemed to care because it was keeping things on the edge.The show is also praised for its very fast pacing, instead of spending entire episodes on unimportant stuff such as fleshing out or character development. It’s also adored by many for not having plot armor, since people are constantly dying on both sides of the conflict. Too bad any sense of dramatization is lost when they drop like flies without being given much screen time or any significant characterization. If nothing lasts for long, it comes off as superficial. And yet this is seen as a plus at an age where the average attention span of a viewer is less than 6 seconds. He needs to be constantly stimulated or he’s not going to give a shit.Without much to care about a character, all you have to look forward to is seeing who gets to die next. Which is exactly what anime fans were doing in the forums. The first couple of deaths were shocking because they were unexpected, but after the 100th time somebody died, all they were doing was guessing who gets killed in the next episode. Nobody cared about the heroes or the villains, who by the way are complete archetypes with nothing special about them. The only thing that was defining them was their death. Which was usually brutal.Over the top gore and death scenes do not make something mature. They make it extreme. They are just shock effect and have nothing to do with characters, because you only care about the act of bloodshed and mayhem, than about the butchered people in the middle of all that. There is hardly any time invested in most of them, and the show will make sure to make a joke out of their deaths, so you won’t care after they kick the bucket. And even if you do care, there are simply way too many killings close to each other that you are never given time to get over the death of one of them, before a dozen more are thrown at you. You are eventually going to be desensitized no matter how much you try to remain excited. I could go on nagging about the low budget animation, the retarded script, the amateurish scene transitions, or the rushed ending, but I won’t because the anime would still be bad even if all those things were done right. And no, the manga is not any better despite being very different after a point on. You watch this show as a parody of Naruto, you laugh at it, and then you shake your head upon realizing that this is what modern anime fans like the most.

Just to help anybody who is trying to figure this anime out: This anime surprised me. It manages to be lighthearted and fun at times, but also has some gruesome, dark scenes as well. If you want to try this show out, make sure you watch the ENTIRE first episode. When I started the first episode I thought it would be very predictable, but getting to the end I was completey hooked. If you didn't enjoy the first episode, then chances are you won't enjoy the rest. It gets to the point pretty quick. I feel like this show is a good mix of action and comedy and would recommend to those who just want to have a bit of fun, but keep in mind it is not for the fainthearted. People will die, I mean it's a show about assassins literally titled "Red Eye Killer" so you should probably already know that. Like I said it gets to the point fairly quickly. My only real problem is that some of the characters feel like they were copy and pasted from other animes. But that's just my opinion. Despite that I still find each character interesting and I want to know more about them, even the main character who I didn't initially like. He is the "I must become stronger and save my village" country boy type, something I personally think has been done to death in fantasy genres. Without trying to ruin anything, he comes across like a goody two shoes but seems to have a dark side as well, which is actually what got me hooked. When it comes to fanservice, there is some but its not over the top. It's there, but not so much that it's distracting or out of place. The animation is pretty great too, reminds me a lot of sword art online in that department. Might change the rating later because the show only just started.

fuck this anime. Seriously, it's horrible. Basically no redeeming qualities. I hate it, I hate it, I hate it.  Story: To fans of the manga, I am so, so sorry. It's not a good manga, but by god it didn't deserve this. So this story is pretty bad. It lacks zero originality, it's really just a cliche shounen/harem cramming in so much edge it made the edgelord herself cringe. The setting is generic and undefined, and there are allot of obnoxious inconsistencies. The dialogue and exposition are also incredibly bland and boring. The anime tries to be a seinen even though it is 100% shounen minus the plot armor. Oh yeah, just so you know this show is obsessed with killing off characters. And the way they do it is absolute shit. Basically a character will tragically and brutally die, then it will immediately be followed by a comedy scene! They try to be dark, but there's so much comedy it can't be taken seriously. Animation: the term "unfitting" is an understatement. I want you to think of lucky star, Now think of attack on titan, smash em together and- bam! Akame ga kill. Seriously, that's what it looks like, the characters are supposed to be these dark edgy assasins but they look like pastel moe waifus! The colors are so blindingly bright it's almost hard to look at. The character designs lack any originality, just look at tatsumi and tell me one thing that stands out about him. As for the animation it's self, it's just kinda "meh". Not appalling, but not impressive. The fights however are just, ugh. Boring boring BORING. The weapons aren't anything new and the "action" isn't interesting in the slightest. Sound: The sound effects are kinda hilarious in an awful way. Like nothing sounds realistic or fitting. The voice acting for the dub is just blegh the jap is average, all the anime voices they use are nothing new and add nothing to the character. The op and eds are.... good. I'll admit it akame ga kill has good music, but they over use the same track so much I kinda hate it now. Characters: seriously? Just, seriously? I mean these "characters" are so terrible it almost feels like an insult to my [rather low] intelligence. Tatsumi is trying to be every shounen cliche in one, he's so painfully (sorry for overusing this word) GENERIC. Even down to his design, nothing interesting. Akame is a stoic cold girl with a dark past, yawn. Mine is a tsundere and nothing else, just tsundere. Lubbock is a pervert and nothing else. Leone is a walking pair of boobs. Sheele is the "clumsy is sexy" girl. Bulat is the manly bro type. Najenda has literally no character. Chelsea is 'girl'. Tsusano is a dude that can cool. Hilarious. All the heroes are horrendous. As for the villains, they're even worse. Esdeath is inconsistent, and basically just a sadist with ever revolving tit size. Seryuu is offensively horrible, she's obsessed with justice to a point where she just kills innocent people because "hurhur justice". Wave is tatsumi with blue hair. Kurome is a more annoying version of Akame. And the rest of the Jagers are to forgettable to mention. All the minor villains are just evil smiles attached to people's bodies not further personality. In the entire anime, I'm telling you, there is ZERO character development.  Overall, if you really are interested, just read the manga. At least it has some effort put into it. 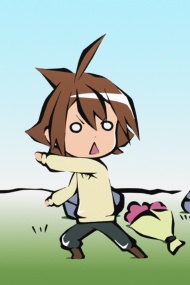 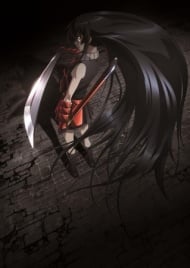 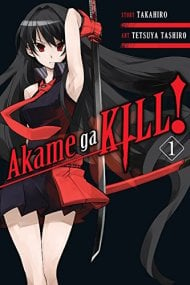 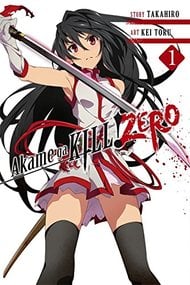 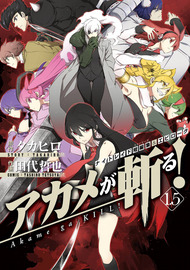 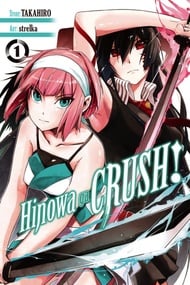