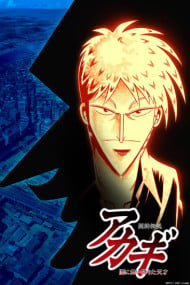 One of the manliest shows around. I have yet to see a show that goes 26 episodes without a single word from a female of any kind. As for the quaity of the show, like Death note it starts really solid and has the feel or originality however, a plot that is heavy on gambling isnt made for 26 episodes. Had it stopped after 13, it would have been one of the best seinen shows around. Dont get me wrong, the second half isnt as bad as say the second halfs of Death Note or SAO, however it takes away from the show as a whole. I would recommend the first half to every seinen fan who enjoys dark atmospheres or mature themes. The second half is stuck on single game that is somewhat predictable so if you really enjoyed the first half, I advice to stop there so the show doesnt lose its quality

Akagi is an incredibly good anime to watch. I watch a lot of board/card game anime and this is just a masterpiece. Its story is not so great as no conclusion is met in the anime. This is another anime which I would be pained to give any lower than I have. Story is about mahjong (well, duh). Where can animes about mahjong go? There are two routes, either the protagonist starts from a beginner and learns though trials and events on the road to being a master player OR he is a genius to begin with and he gains interest of the other characters (and the viewers) with his gameplay. This anime opts for route 2, and I would recommend that you study a little bit of mahjong before watching. The protagonist is a teenage genius who first plays mahjong with yakuza types in a mahjong den for someone else whose debt is on the line. I won't say anymore than that. Animation, is yes a bit crappy. This is similar to the anime 'Kaiji' as the crude drawing style creates a better mood of the protagonist and his surroundings. Sound is not much, soundtracks are easily ignoreable and OP and ED are completely rubbish. Character's development needs more work. The protagonist is interesting but, this would start to make people feel a bit annoyed with the lack of development. The character's personalities and traits are very well done, some stereotypical characters here and there to create setting and the protagonist is brought to life. Overall, like I said i really want to give this anime a high rating but, just some things fail it. Most of this revolves around viewers not having any experience with mahjong. Even so I'll just say it was good enough to make me crazy about the game. 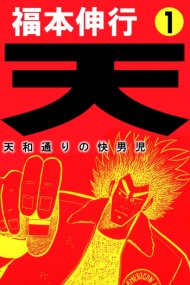 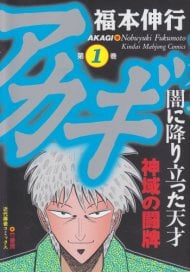 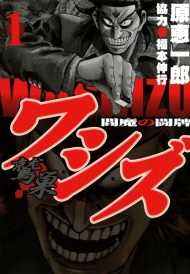 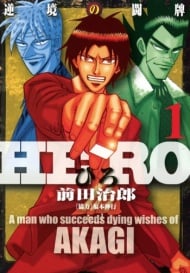 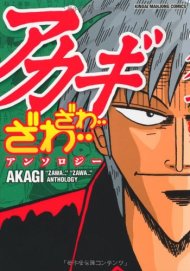