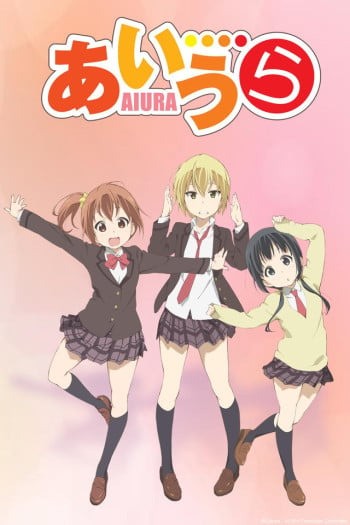 Ah, the first year of high school. When people from all the middle schools joined one community and made new friends. I mean... that was high school right?

Story: So, unlike a lot of other short episode anime that revolve around high school girls (Teekyuu/Plastic Nee-san/Ai Mai Mii etc) this particular anime is not about gag comedy as much as it is about just normal day-to-day life for 3 girls entering their first year of high school. The story shows that while they are different in both height and demeanor, they can become great friends. Because of the slow pacing, the short episodes only allow minimal peeks into the girls' lives, but I much prefer this to the rapid craziness of other, similar shows.

Animation: The girls are very moe, with big, sparkling eyes and slightly blushed cheeks. Their expressions are often exaggerated for comedic effect. The backgrounds tend to be muted, pastels that are given enough detail to make them recognizeable. I couldn't find much flaw with the movement sequencing, and overall, it's a cute show.

I mean, just look at the moe blob of cute! 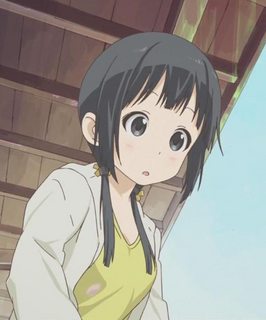 Sound: The OP is... confusing because there is no explanation to crabs or Steve Jobs in the entirety of the anime. Some speculation is that it's a very misguided cancer reference, but that's never been confirmed. The music, however, is very upbeat and cute. The ED is slower, much more suited for the slice of life style.

But seriously, why the crabs? 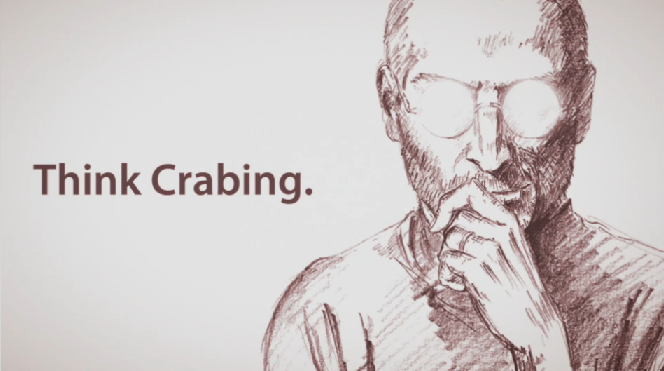 Characters: The 3 main characters are given about as much development as can be expected in a 4 minute episode. I personally preferred some of the side characters, like Souta (who is far more calm than his sister Kanaka) and Misuzu, who looks adorable in her lab coat. However, that does not mean that the main 3 girls are in any way bad as characters. They have their quirks and enough depth to make them interesting.

Should you watch this? Sure. It's cute, it's short, it's a great introduction if someone's never watched slice of life before.

This review brought to you by the DAMC 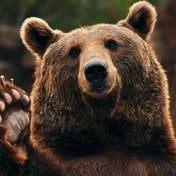 Virtually no story and absolutely no action.

Absolutely astonishing animation (fell in love with it within the first 10 seconds of the first episode (opening excluded)).

I know I am just a little bit weird, but I really enjoyed this series. Charming little episodes of cute nothingness that does not seem to repeat iself, flavored with some magnificent artwork and animation. Loved it, simple and straightforward.

Of course, to be completely fair I should say that half-an-episode openings are a bit irritating, that the series would not stand a chance in the normal 24-min format, and many other things. However, Aiura is not about that at all. Rather, it is about that warm cozy feeling that stays with you after every other episode.

It is a good representative of "what happens, when nothing happens" genre. And it happens so that I love it. Hence the overall score.

The Verdict of "Aiura":

Animation: The style itself isn't all that special, but regardless it's clean and well done when you get down to it.

Sound: The music itself wasn't all that memorizable, but I do recall that it was quite nice to listen to.

Characters: All characters were enjoyable. Not exactly the kind that you'd go all over for, but enough for you to understand them.

Enjoyment: Despite being a show that doesn't seem to have much content to survive reruns, it definatly isn't bad as it stands.

Overall: It's a decent, calm, and relaxing show you can watch for more than half an hour. If you favor shows that are more easy-going with some light comedy, I think that this show can meet that expectation.

While Aiura is fairly charming and has a catchy OP, it simply fails to deliver anything of substance. The OP and ED consume one minute each and the total length of each episode - including those - is four minutes. The humor often falls flat, the characters are amusing but left woefully undeveloped.

The real problem - and the reason I'm dropping Aiura after episode 3 - is that I really think that the one being betrayed here is the viewer. No show should spend 50% of its time on OP/ED and consider itself worthy of being aired. Aiura may have made the cut and been a mediocre slice-of-life if it had full-length episodes, but as it is it's simply a shameful black mark on reputation of the industry at large.

Based on a 4-koma manga, AIURA is a story of three high-school girls living their daily school lives. The plotline is pretty basic, which was needed given that the entire 12-episode series is only 48 minutes long. But it does work in this format.

The strength of this series are the characters. All of them are fun to watch and highly entertaining, with the main three girls Kanaka, Saki, and Auyko being the bright spots. However there were some characters that made me cringe a bit - most especially this one sensei that looks and dresses like a high-school girl despite the fact that she's 30 years old.

Both the sound and animation are very good. This was one of LINDEN FILMS' earlier titles so the animation quality might not be as solid as their later works. But it got the job done given the 4-minute run time for each of the 12 episodes. The OP song is very catchy, and I love the crab-themed animation (which is a play on Kanaka' nickname Kani, which is the Japanese word for crab). The highlight for me was the "Think Crabing" meme featuring a sketch of the late Apple founder and CEO Steve Jobs. The ED was nice and calm, and the final scene in the series was very heart-warming. Voice acting was solid all-around; not the greatest of performances, but not bad either.

Overall this was a fun series to watch which only took less than an hour to complete.