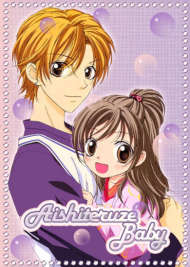 StoryI'm almost twenty-four now, and I've recently found that my paternal instincts are becoming more and more prevalent. It was therefore with something of an open mind that I approached Aishiteruze Baby, a shoujo anime which chronicles the life of high school student Katakura Kippei and Yuzuyu, the adorable 5-year old girl who is thrust into his care by circumstance. Kippei is portrayed as something of a flirty, playboy-style character. As I began watching, therefore, I expected the main focus to be on his coming to terms with responsibility and learning to love the dependent sprog rather than hate her for eating into his free time and getting in the way of his relationships. Eventually, he would learn lessons about himself, the likes of which can only be taught by a starry-eyed five-year-old. I was wrong, however. Very wrong. Far from being a flawed human being, it turns out that Kippei is actually pretty close to perfect. As well as being handsome, tough and cool, he's also gentle and an almost-ideal parent from day one. Having turned down this opportunity for character development, Aishiteruze Baby has to find something else to fill its 26 episodes. This is perhaps why the show takes the surprising step of exploring some fairly serious issues, amongst which are abandonment, stalking, child abuse, suicide and loneliness. It all sounds quite dark, but the series maintains its light-heartedness and humour throughout. Unfortunately, this is at the expense of confronting these issues in any meaningful way. Rather than scrutinising them with a child's innocence, the show handles them with kid gloves, thus failing once again to make the most of its interesting premise. The problems are quickly blown over and there is nary a situation, it seems, which cannot be defused and patched up by a superficial intervention and trite word of wisdom from the obstinately perfect Kippei. Suicidal thoughts and deep-rooted psychological issues clear up as quickly and easily as the common cold. That isn't to say that Aishiteruze Baby contains nothing worthwhile. It is sweet throughout and touching on occasion. However - aside from the endearing naïveté of Yuzuyu and a remarkably slow-paced romance between Kippei and the show's love interest, Kokoro - there isn't a whole lot of substance here and the series has a tendency to drag as a result. Anyone expecting to find much more than the admittedly enjoyable fluff is likely to be disappointed.AnimationThe animation is really nothing special. It doesn't attempt to be, and perhaps it doesn't need to be. It's quite difficult, however, to shake off the feeling that this is something of a low-budget job. The character designs aren't particularly exciting or memorable and certain elements, rainfall for example, harm any realistic edge that the series may have wanted to maintain. It's hard to add to the mood of a scene when the viewer's mind is focused on how fake the weather looks. Furthermore, as is to be expected, the show brims with archetypal shoujo devices, which detract from certain scenes more than they add to it.SoundAlthough I didn't enjoy the OP and ED tracks at all, the soundtrack as a whole is strong. As well as the typical use of piano pieces to create romantic mood, the soundtrack boldly - and very successfully - introduces other elements; electric guitars, percussion and the likes. This serves to add a climactic second layer of dynamism to the background music which really helps bring out vivid emotions in the longer romantic scenes. The voices are also decent on the whole, and Yuzuyu's is particularly good. Rather than sounding like a grown woman trying to put on as high-pitched a voice as possible, Yuzuyu actually sounds like a five-year-old girl. This is essential in terms of suspension of disbelief and allows the character to display the necessary range of feelings and emotions.CharactersAs far as characters go, Aishiteruze Baby offers something of a mixed bag. While Kippei is a fantastic human being, he is not a fantastic character as - aside from a slight stupidity which generates a few comic moments - he is more or less free of weaknesses, making it a real challenge to empathise with him. Kokoro is somewhat more interesting, offering reticence and pride but not falling into the trap of being a textbook tsundere. A feat all too rarely achieved by female anime characters. Yuzuyu, however, is undoubtedly the star of the show. Her character is immensely well written, and she behaves like the infant she is. Her bewilderment at being abandoned and tendency to blame herself for the difficulties suffered by those around her are movingly childlike, and make her far cuter than any over-the-top kawaii stereotype could ever hope to be. The fact that all the children in the series are written to act exactly like children is a masterstroke in characterisation, and perhaps enough to redeem the fact that almost all secondary characters are crushingly two-dimensional.OverallI found this series difficult to love, but perhaps even more difficult to hate. In spite of missing opportunities to turn itself into a memorable and must-watch series, Aishiteruze Baby offers a constant flow of lightweight, feelgood drama, which is bound to appeal to the shoujo demographic, and may find some fans outside of this as well. However, its failure to truly explore the darkness which it toys with and its hesitance to offer profound conflicts between the main characters is sure to put other viewers off. All in all, so long as you expect nothing more than a fluffy and occasionally touching series, I feel I can recommend this show.

Aishiteruze Baby is a testament to how truly strong character development can take an anime with a relatively simple plot and turn it into something fantastic. The storyline would have been dull, even tedious, with less stellar characters, but as is the show is amazingly entertaining for the entire running time. Looking back, the characters of this show could oh-so-easily have been the same one-dimensional archetypes that are seen over and over in anime, but Aishiteruze Baby gracefully dodges this pitfall. Instead, each one of the main characters carries a surprising amount of depth while at the same time being almost instantly likeable. Rather than seeming premade and ready to order, Kippei, Yuzuyu and Kokoro feel like actual human beings, fully fleshed out by their own unique thought processes and emotions. Because of these amazing characters, the creators are able to draw a remarkable amount of power from relatively simple plot lines. Though the anime carries fairly typical shoujo themes (loneliness, social acceptance, the importance of friendship, love, etc.), it covers them better than just about any anime from recent memory. Rather than preaching its messages via some outspoken generic shoujo heroine (Fruits Basket, Full Moon wo Sagashite, and Pretear are all at least somewhat guilty of this), Aishiteruze Baby simply shows them. Oftentimes, what could have been taken a lesser anime minutes to explain is beautifully illustrated in a scene with almost no dialogue whatsoever. When it comes right down to it, the series is one of the rare animes out there that actually made my jaded, misanthropic self feel warm and fuzzy; for that, it’s a truly remarkable work. Who needs parachute colors or chicken soup for the soul when this series is available? Animation: Appealing character designs more than make up for a relatively low budget. Backgrounds are generic but serviceable, and the somewhat awkwardly animated movements of the characters don't usually end up hurting the overall package too much. Sound: Overall, I was more than satisfied. Aishiteruze Baby has one of the better opening themes I’ve heard recently, decent background music and excellent voice acting. Of particular note is Kokoro's decidedly deep voice, which is a welcome change from the ditzy, tinny, and altogether ear-piercing voices that seem to currently be in vogue.

The best advice I can give you, please, please ignore the bad reviews on this anime. Seriously. This anime is fantastic. Watching it actually made me completely re-evaluate how much I pay attention to, and believe anime reviews. I put 10's in all the spots, but doing so really doesn't even add up to how great I felt after watching this anime. Every time I went to put a certain value in it's respective field, I just didn't feel right doing so. As if me putting down that value would not express how much I enjoyed this anime, even if I put all 10's. I also put all 10's because I don't want you getting hung up on how I interpret each category, I just want you to know this anime is absolutely, unequivically worth a watch.  There are two types of people that would write negative reviews for this anime. First, the elitist anime snob that thinks they're Gods' gift to the anime world, and goes on to write a twelve page review on how the anime didn't measure up to their standards and how they could have done it better. Second, the person, most likely an actual child, who can't handle an anime actually having real, deep, relatable issues within, and doesn't like that the relationships, particularly the romantic ones, play out in a more realistic fashion, as opposed to how they're usually portrayed within anime(Usualling childish, obnoxious, etc, ie guy accidentally touching a girls hand, so she freaks out as if she just made out with the dude). Don't believe me? Go read all the bad reviews. They consist of one, if not both of these profiles.  Nothing frustrates me more than watching a romance anime where the two main protagonists can't even make eye contact without freaking out, let alone kiss or act like a couple. You end up wasting 3-4 hrs on a romance anime, only for the 'climax' or pinnacle of the relationship to be the couple finally kissing or holding hands or something like that. That doesn't happen here. At all. It's spectacular.  The story centers around the 5 year-old protagonist Yuzuya, so it's important when going into this anime that you understand, the child is very much an important part of the story, and is focused on much of the time. If you come into this with the mindset that Yuzuya will be a side story and it's going to focus on the romance all the time, you are going to get upset. BUT, don't be dismayed, because the romance story is wonderful! While you might find the 'plot' itself somewhat unrealistic, the anime touches upon many deep, emotional issues that many people can relate to, and keeps the watcher engaged through character development, romance, and cutness. It has some comedy, but largely focuses on the relationship between Kippei and his 'younger sister', and between him and his love interest. Where this anime may lack in plot it makes up for in character development and real, relatable issues and an insane level of cuteness.   Watch this anime. That's the best advice I can give you. This anime was so amazing that I might even go watch it again, even though I just finished it. It leaves you feeling really happy, it has an awesome, realistic romantic relationship, and it is so cute that you might just die from cuteness overload.  Ignore the haters! Watch it!!!!!!!!!!! 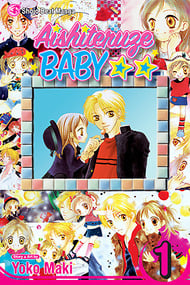