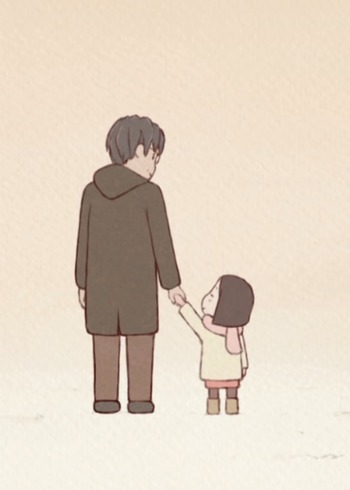 Mizuho is a young girl who just had an argument with her boyfriend, Kei-chan. On the way home, she met a guy with a guitar from the greenhouse who called himself Tenshi. Mizuho took him home and asked him to form a group for the competition to win a cruise dinner so she could make up with Kei-chan. So will Mizuho get back together with her boyfriend, or will something else spark?

Nail is a lonely young boy. Fuyu is after him. Erica is a girl that Nail meets. The three will probably never come to a mutual understanding, but their interaction highlights the unique form of alienation that each experiences.

The Name of the Flower

Devastated by the loss of her parents, 18-year-old Chouko loses her will to live. After staying with several different relatives, she settles in with a handsome young writer named Kei and finds solace in tending to the flower garden. Kei's a solitary person who doesn't quite know how to deal with this emotional young woman, but Chouko's dedication eventually leads him to accept her presence. Will their mutual affection grow into something more?

We, the Demon, and Christmas

Every year at the time of Christmas, the demon appears, and the Angel twins intend to catch him.

Kondou Nagi has no eye for men—a fact that's hard to ignore after being betrayed by boyfriends three Christmases in a row. On a whim, she decides to try the counselling service at a local church, only to discover that its priest is a handsome but devil-like man who seems to have something against her.... Is Nagi truly destined never to find love?

Santa crashes into a tree and spends an evening with a practical but sweet little girl.

Aki wants to go on a trip with Mase, but they have no money for it so they decide to get a part time job. Unfortunately, not many are ok to hire high-school kids. Aki gets a job at a bar owned by Mase's brother, that doesn't think she is worthy of being the girlfriend of his little brother. She is determinate to prove him wrong and spend the best Christmas with her boyfriend.