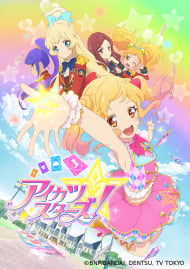 Yume Nijino aims to become a top idol, and she enrolls in the Yotsusei Gakuen (Four Stars Academy). This academy has a special group called the S4, who are the top four active idols in the school. Yume and the other first-year students aim to become a part of the S4.

Aikatsu stars is the one of the GREATEST ANIME I've ever watched and I hope that you'll enjoy it too!  Nijino Yume (me) and her best friend forever, Koharu has admired S4 for years. After watching Hime's concert, the two enrolled into Four Star Academy. Unfortunately, Yume and Koharu were in seperate classes, but luckily they were staying in the same dorm. Yume met her first friend in Four star academy, Laura. (I'm not sure if I can add anymore spoilers so instead...) SHIPS THAT YOU WILL FIND: mostly: Yume X Subaru Partly: Yume X Nozumi leastly: Ako X Kira

Aikatsu Stars is a reboot of the Aikatsu anime franchise. It doesn't take place in the same "universe" as the other series, however it is still similar plot-wise. While I know this series isn't great, it's been a guilty pleasure of mine for years and I was looking forward to much needed upgrade. However, while it's an okay reboot, the series doesn't have any major improvements and still falls short of being a good show. You can watch this as a new standalone series, unrelated to the previous seasons. Story The story follows new student Yume as she enters Four Star Academy, a school for idols. She entrs with her best friend Koharu and they hope to run into the super idols (S4, a four-member group) they admire. They start off the school year without knowing much about idols, but along with their new friends they learn a ton about singing, dancing, modeling, and more. Like the last season of Aikatsu, Aikatsu Stars suffers from being too similar to the original season. Girl enters idol school, catches the eye of her favorite idol, learns from scratch what being an idol is about, and competes against her friends for competition or jobs. Many of the lessons they learn are the same. While not as bad as the last season (season 3-4, which litterally had the exact same episode plots and setting as the first two seasons but with new characters), the plot is just too similar and predictable to be fun. The few changes they did make were appreciated (a section of the school has male idols, job specialization, etc.), but I would have liked something more original to give life back to the franchise. Characters Having a new cast is both a blessing and a curse. On one hand, it's a fresh new start for the series, which relied on the same girls for years. And the show uses exactly what you'd want in a show like this: Cute girls who all have dinstinct looks and personalities. On the other hand, I miss the original cast that defined the series and the new main character Yume is even more annoying than the last lead (and her hair is awful, why did they do that?!). Clothing featured looks like it was designed by a five-year-old. Then again, this show is designed for kids.... The biggest fault with the characters is the sheer mary-sue-ness of them. The main girls always 'win' and are singled out by their heroes constantly, making every other student useless. It's annoying how everything works out too perfectly, with any obstacle being overcome in the episode it's introduced.  More effort could have been put in to give their development more depth. Animation  Just want to note the series's art gets better each season. While not amazing, the original musical scenes were terrifying bad. Luckily, they've improved! Overall  Did this franchise needs reboot? Yes, for sure. There wasn't much else for the previous characters to go as they were growing up and had already reached their goals. But this company wasn't done selling merchandise so they had to start from scratch. While I'm glad for the complete setting change, this series didn't include enough new or interesting changes and still followed an almost identical plot line to the past seasons. And because the series was weak enough to begin with, there is little incentive to watch Aikatsu Stars unless you're a huge fan of the franchise or wish to jump into it without watching the previous seasons (and are preferably ten years old).

Aikatsu Stars is my favorite Aikatsu out of all the others. The artwork is really beautiful, and it brings back my childhood memories, how they can customize their own coords (stage outfits) is really cool. My biggest con is that they are WAY too family-friendly, I mean I understand that they want don't want any much romance in the anime, but a little romance won't hurt (especially when Subaru started showing feelings for Yume). Overall, it's really really good I recommend it, especially if you have a little sibling that really enjoys stuff like this, or if you just want to watch some kids shows. 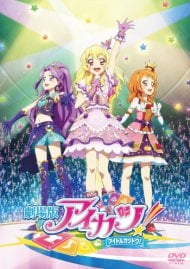 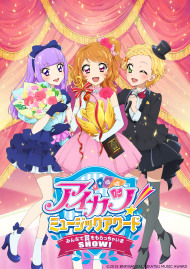 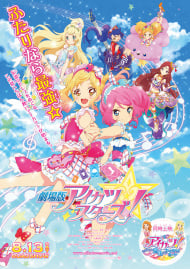 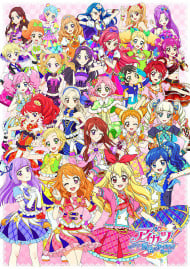 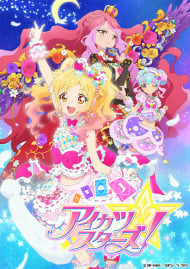 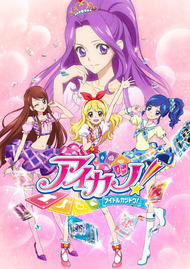 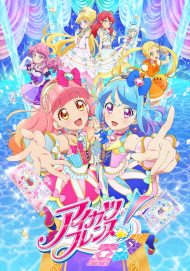 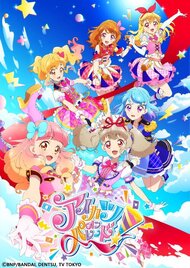 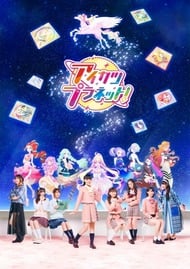 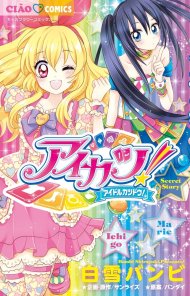 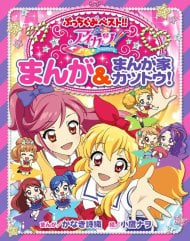