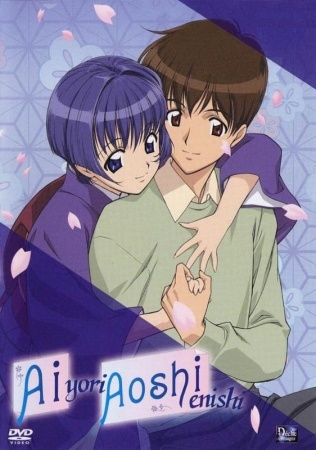 I'm gonna skip giving an overview of the plot simply because I hate when reviewers do that. Anyhow:

I wasn't fond of the first one because of the overexaggerated, sappy romance. What I liked about the first season was all the characters besides Kaoru and Aoi, and so I'm happy to see more episodes devoted to the characters and their stories and less to the romance.

I think it's beautiful, but I gave it a 9 simply because I've seen better. I don't mind the way the characters get distorted during a comedic scene simply because that's common in comedy anime and this anime has a comedic element to it.

I love the soundtrack, including both the opening and the ending. The ending theme definitely has me singing along.

I love all the characters except for Mayu, Aoi, and Kaoru. Aoi and Kaoru don't seem like people to me; they seem more like zombies who are constantly repeating one another's names. Kaoru somehow misplaced his spine during the last episode of the first season and now he's sort of like a highway: everybody rolls right over him. It's kind of sad. Aoi is just creepy: half the guys I know would run away from a girl who is that obsessed and who has admitted to watching them and pursuing them after being separated for years. The way she gets that sad look on her face when Kaoru even speaks to another girl, and the way she won't do anything unless it's what Kaoru wants really rub me the wrong way. As for Mayu, she's just annoying: "Hanabishi-samaaa!" My favorite characters are probably Taeko and Tina; I find them both to be relatable in some way.

So much better and so less cringeworthy than the first season. Good job.

Story: love it super hitting to you heart got me to cry 3 times love the show to death

Animation: one of the top animes of the 2002's Animation I have see realy great job

Sound: spot on with the sound had no high or low spots in the show

Characters: Had no problem with any of the Characters at all realy love them all 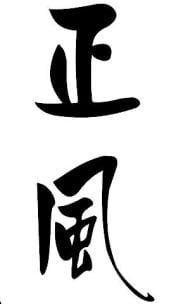 Let me remark that animation and sound are the same as in the prequel. The reason I'm writing this review is because I believe this anime is in a way remarkable, not necessarily in the positive sense of the word. I'm talking about the severe restrictions that genre and what one might call "anime-logic" place on the plot of this anime. In fact, these restrictions are so severe that they leave it completely devoid of any meaningfull plot. I claim that making a decent sequel was very unlikely in the first place because of this and the attempt was doomed from the start unless a radical approach to the plot choices of the prequel was taken. The rest of this review explains the above claim in detail and I would be curious what others think of it.

It is common sense that in the entertainment industry one does not mess with a working recipe, especially when it comes to sequels. This means among other things that you can't change the genre(s). The primary genres of the prequel were romance, harem and comedy. Comedy being irrelevant to what I'm going to discuss, one might say that the prequel is somewhat exceptional in that it combines romance and harem. In case you're appalled by me saying this: While fully aware that this excludes many anime listed as "romance", I consider that tag to mean that the development of a romantic relationship is depicted and not just an allusion to the possibility of one such. As the vast majority of anime is very much commited to the context of monogamous social structure, this is in contradiction with the basic idea of "harem", where either all its members appear on a more or less equal footing in a "balanced harem" or the aforementioned allusions appear, making it a "support harem" - in case you're familiar with such terminology, which I certainly feel somewhat embarrassed to catch myself using.

The combination is, needless to say, by no means unprecedented. To combine the genres there is the obvious choice of treating the harem part as actual cheating on the main love interest. An example would be Zero no Tsukaima, which strangely enough has neither genre as a tag listed on this site. Clearly many further examples using this approach can be found. In Ai Yori Aoshi the existence of a singled out main love interest is kept a secret to the rest of the harem. Off the top of my head I can't recall seeing any other ways to combine these two genres.

The existing plot recipes for romance and harem are fairly limited. Romance usually proceeds along the lines of first introducing the setting and the protagonists, letting them meet and developing the relationship. This basically either has an open ending, a breakup or an engagement as the conclusion. In very rare cases the story continues into the married life of the couple. This is the most linear possible application of the "romance" genre, which is certainly what describes Ai Yori Aoshi and cannot be changed under the basic assumptions of maintaining genre and anime logic, as already mentioned. As for harem, after introducing the setting members of the harem are continuously added while exploring their backgrounds and showing their interaction with the main character both individually as well as collectively, until the harem reaches critical mass. Interactions are limited to generic events (date, beach episode, cultural festival episode, etc.) and various problems to solve for both the entire group as well as just for the main character with one member of the harem, depending on the setting. The conclusion is almost always an open ending. Uppon critical mass any further content usually takes the form of story arcs maintaining the status quo or perhaps even leads to the anime becoming episodic.

I do think it a pitty that anime plots are restricted so much by so few genre possibilities and the overall rigidity of common clichés. The fact that it is considered a correct design choice to deliberately embrace and maintain clichés as opposed to striving for innovation and originality is part of what I call "anime logic". I wonder if one should expect anime to evolve away from this to what would  beconsidered a more sophisticated form of entertainment in the future.

Back to the topic at hand; the prequel ends in the final stage of both genres: The engagement stands and outside an Ecchi setting no further development is possible without abandoning the harem tag. The harem has critical mass and the overall setting being "slice of life" severely limits the problems that can be introduced to generate plot. This seems to disqualify the anime in terms of character development and most meaningfull plot. Of course it would still be quite easy to think of ways how interesting plot can be introduced. However, it would be unavoidable to introduce ideas not present in the prequel, which one might see as risky design choices. One might say that the harem tag wants the status quo to be maintained. No risks were taken with Ai Yori Aoshi Enishi, leaving it utterly forgettable and in my opinion extremely dull by any standards. It screams "what is there left to do?" at you almost every minute.

Since I actually watched it to the end, albeit struggling to pay attention at times, I will leave the obligatory raiting at 4. The main idea of this review was to point out the problem of genre limitations, which I have never before seen seemingly completely disqualify a sequel from the start.

I enjoyed the 1st season and looked forward to the progression of their relationship. Season 2 was hard to watch. So many side stories. More than I cared to know abt. It really lost focus.  It was frustrating to see all these 3rd wheels and biting of the tongue but I sat through it bc I just knew when it was all said n done it would be so triumphant.... well the trumpets never sounded off. In the end I feel as if I've wasted my time.