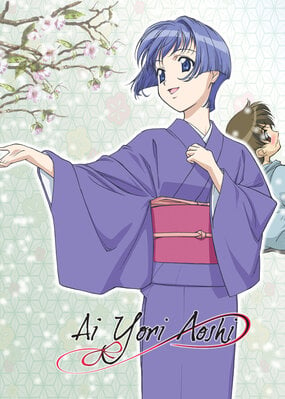 Notice: This review covers both seasons. There are hardly any differences between them.Although yet another ecchi comedy, Ai Yori Aoshi stands out somewhat by being more focused on romance rather than vulgar erotic humor. Something quite rare coming from a studio such as J.C. Staff, infamous for its lolicons and softporns. Other than that, we have yet another dorky male living with several ultra sexy women and do nothing else other than making a fool out of himself. I pretty much got tired of this concept after watching Love Hina . The director of the show is Shimoda Masami, a guy which I wouldn’t even care about if it wasn’t for his directing of Zegapain. All his other works are plain passable but, man, Zegapain rocks da world! Of course even that show had various pacing issues so I must admit that he is not a good director and this show is yet another proof of it. The artwork is above average. It is detailed, with several attempts to show depth, perspective and warmth in the background or the atmosphere of the moment. Most kimonos are decorated with lovable pictures that make them nice to look at. Music themes are sweet pops and ballads, as long as you are accustomed to Japanese music. Character figures are bland. The story is about the families of the two protagonists forcing them into an arranged marriage, since they were babies (Japanese people do this crap all the time). The boy has left his home in order to have freedom away from his stuck-up parents. But then the girl comes to look for him, because she really loves him. They quickly get to live together and slowly more female cast adds for support or protection… It sounds like a scenario for a hentai with lots of orgies, doesn’t it? Well, being a comedy, there is nothing of the sort, as the leading male is a scaredy-cat, like 99% of others like him in similar series. Aoi, the woman, is the ideal Japanese archetype of a perfect housewife: Beautiful, shy, timid, great cook, cheery and still VIRGIN. For that, she is almost too good to be true. But at least she doesn’t behave like most girls in anime, as she is not an obnoxious, violent slut, after the semen of the guy she digs. If you like this kind of women, then she is adorable. If not, HER KINDNESS WILL DRIVE YOU NUTS!Kaoru is… typical. Modeled after the usual idiot that gets the chance to score big time but is too shy to take initiative. God, how I hate that! So, ok, he is a good guy with compassion and understanding for all. Why should something like that make him sexually incapable? Geez! He has issues with his family but I can’t say I liked him any more because of it.The rest of the cast is quite typical as well, consisting of mostly females modeled after sexual fetishes (maid, bodyguard, lolita) and stuck-with-tradition old people. I can’t say I liked any of them.As it usually happens with long and superficial series, there is story development only in the first and the last episodes of both seasons. The rest (about 70% of the total number of episodes) are flavor to get to like the characters and laugh at their awkwardness. There is nothing much to expect in therms of plot, especially in the second season where things slow down even more. It’s all about our lovebirds expressing their true feelings for one another, something which was clear as day since they were kids, so they are just screwing around with your patience, until they admit what we already know. And yes, the conclusion is nowhere to be found, so you gotta read the manga. Cheap excuses to get more money out of you. Ecchi and harems are one-timers for me; without much story or character development, the second time around I just scroll it for the ecchi scenes. There is also nothing exceptional in it to at least deserve some value as historical important. The relationships amongst the characters are a lot more serious and likable than those wacky ones in Hinata Inn, but that is pretty much all there is to it.

Story: the story is a tale of two rich families. In one family, the son is disowned and left the family. In the other, the daughter wants to marry him. This story is about the two of them and their trials and tribulations. To get viewers, they also decided it needs to be a perverted harem. So minus points for ruining the love story. The ending is also satisfactory, although a better closing appear in the manga which wraps up the story well. This is in contrast to many harems which are entirely open ended in the ending 5+3 for good story - 3 for harem not needed + 2 for actual ending + 1.5 for manga ending  animation: normal for its time but not up to current standards so 5-1 but I love Aoi's big blue eyes so +3 sound:  its hard to find sub--Funimtion only seems to have up to episode 4 on YouTube subbed. Dub is just like most dubbed anime, lacking proper emotion and odd and not fitting correctly so 5-2 3 characters: MCs both have important back story and are both characterized in depth with many facets brining them to their current personalities. Many of which were actually shown so the viewer can understand their current motivations. So 5+(3*2) for the two of them. -3 for harem + 1 for the dead characters -1 for the harem overall 7.5 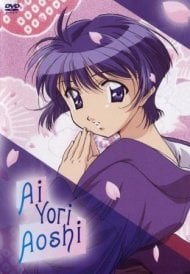 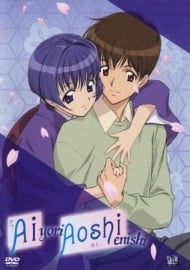 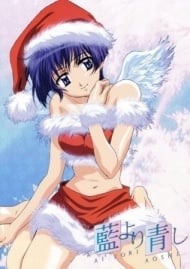 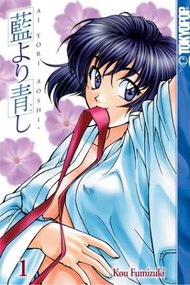