Alt title: Love Me, My Knight 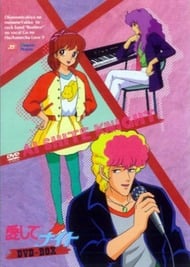 When Yakko Mitamure was young, her mother passed away, leaving Yakko alone with her father. In the present she works at her father’s restaurant and attends evening classes at a university, but her life changes forever when she runs into Hashizo Kato and his macho and pancake-loving cat Juliano. Hashizo’s brother Go is the lead singer of the band Bee Hive, and soon ends up becoming a love interest. However, Yakko also has feelings for Bee Hive’s keyboardist, Satomi. Her heart can only belong to one – a fact that she will soon come to understand as a series of events unfold…

StoryAt forty-two episodes, Ai Shite Night is quite the pseudo epic - I say ‘pseudo' because not that much actually happens, or at least not enough to justify its length. It's just a long anime documenting the none-too-original romantic trials of a small group of teenagers; alongside this, the account of Go's band, the Bee Hives', struggle to make it big adds some variation and complexity, albeit not much. In the end, what really moves events along is the age-old idea of love causing misunderstandings, or misunderstandings leading to love... whichever. Die-hard fans of shoujo romance probably won't mind the fact that this gimmick is set on repeat and then dragged out in every arc, and are likely find Ai Shite Night enjoyable nonetheless. I say this because, once the major flaws are acknowledged, what is left is a fun, timeless narrative that anybody of any generation can identify with. In the same way Shakespeare's ‘Romeo and Juliet' forms the ideal template to appeal to the masses, Ai Shite Night possesses the kind of romantic formula which, for some reason or other, never quite gets old.AnimationAi Shite Night is so old that its animation is highly likely to be unwatchable for most anime fans. Granted, for its era in the early eighties, it looks fairly decent, if not necessarily great; the colours are clear and bold, albeit rather flat, and motion is animated well enough to be believable. Overall, though, compared with the sophisticated, big budget productions of recent years, Ai Shite Night looks decidedly primitive.SoundThe opening theme has a fun and catchy melody which stuck with me even during all the years after my early childhood when I had no access to anime. The ending theme, on the other hand, is a high-pitched, silly pop tune sung by Hashizo and is certainly not worth listening to more than once. In between, Ai Shite Night provides a melodic and memorable score, which fits the various scenes to a tee - heck, even the two or three recycled glam rock numbers sung by Go's band eventually got me humming along.CharactersAs far as likeability is concerned, the characters in Ai Shite Night are easy to care about - none of them go as far as being annoying and they all turn out to be fairly decent people in the end. Unfortunately, they are also stereotypes through and through who suffer from typically contrived problems - from jealous love rivals to strict band managers - meaning their reactions, and thus the plot, remain predictable from start to finish (not to mention that character development is precisely zilch). I believe much of this hackneyed characterisation is due to the fact that Ai Shite Night is aimed at a young audience, and is thus somewhat bearable.OverallI think almost any tolerant or experienced fan of shoujo romance will find this anime enjoyable for two reasons. Firstly, Ai Shite Night has an easygoing classic feel; secondly, it utilises the most emotive plot devices to push events along - strong emotions are combined with lack of communication to bring tragic misunderstandings and even sweeter reconciliation. If you don't mind investing forty-two episodes' worth of time in an anime that isn't very clever but still a lot of fun, then I recommend hunting this one out.

Although there are 42 episodes you won't find all the episodes online. I've only watched 19 episodes so far but it's really good. Well so far that is. 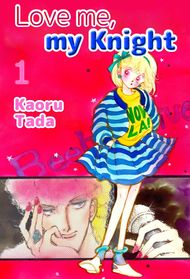 Love Me, My Knight