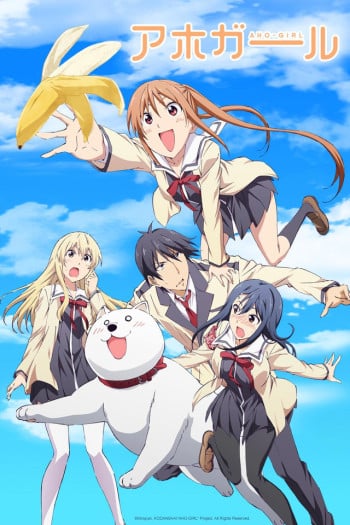 She loves bananas! The aho-girl, Hanabatake Yoshiko, who doesn’t care if she can’t do her studies at all, starts yet another day at school. Her carefree actions of idiocy seems to not only cause trouble for her childhood friend, A-kun, but her classmate, Sumino Sayaka, as well.

A beautiful girl named Guri, who has a mysterious item that forces two random people to kiss and turns them into couples, appears in front high school student, Aino Seiji. Despite being dressed up as a shinigami, she's actually cupid. Suddenly, Guri tries to kiss Seiji, and then... Unavoidable and uncontrollable. A forceful love comedy that starts with an...