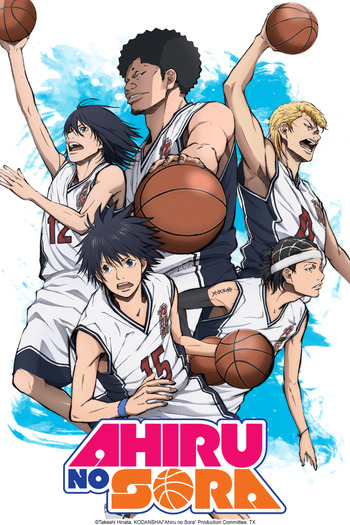 Punks from Maru High have challenged Sora’s team to a basketball match, but how good is their team, anyway? Sora goes undercover to investigate!

The Duck and the Kite

Kite, His Ball, and the Team's Pain

The Boys' Stubbornness and Girls' Pride

Anime-Planet users recommend these anime for fans of Ahiru no Sora. All available to watch right here, right now!

The day of the entrance ceremony at Kanagawa Highschool... The story starts when the timid but unyielding Gion joins the rugby team. His classmate, Iwashimizu, who can’t get into rugby because of something happening in the past, the vice-captain, Hachioji, who looks out for all of the members, and their captain, Sekizan, who is more passionate and...

The main characters are both short, and underestimated by their opponents. Both characters also have a team who would do anything and everything for them. It's a show where they all grow, and learn together.