Ah! My Goddess: The Movie - Reviews 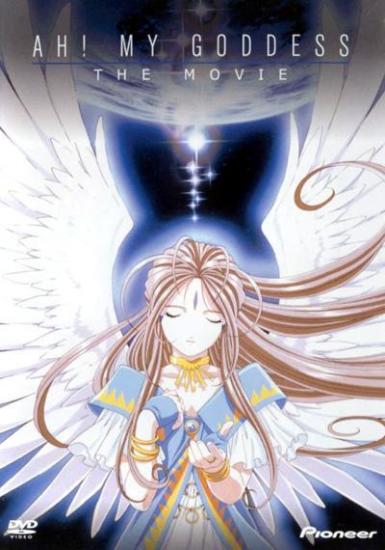 An excellent addition to the Ah! My Goddess series. This movie is set a few years after the initial anime, allowing the characters to settle into their lives. It also introduces some new characters, Morgan le Fey and Celestin, as well as giving a broader view of the Yggdrassil network.

Story: The story tests the limits of Belldandy and Keiichi's relationship by seeing if their love will last even when the memories are hidden. The story also delves into Belldandy's past and her relationship with her mentor, and the subplot of Morgan le Fey, who wishes for a love like Belldandy and Keiichi's. As always, the motor sports club makes it's appearance, and there's the subplot of an approaching race and whether the amnesia-struck Belldandy will be able to compete.

Animation: Like all of the Goddess series, AIC produces a colorful, detailed world, from hunger-inducing meals to the detail of Keiichi's motorcycle. The animation is fluid and dynamic, bringing the world of the goddess's to life, and making the realm of Yggdrassil seem all the more mythic.

Sound: The music is what one has come to expect from the Ah! My Goddess franchise. A mix of light melodies with a celtic/norse undertone.

Characters: The goddesses remain much the same, though some aspects of Belldandy's past shed light on her present demeanor. The interaction between Belldandy and Celestin provide and interesting counter to the way Belldandy interacts with Keiichi and her sisters. Morgan seems to act as a foil for Belldandy for much of the entire movie, perhaps reflecting on how well Belldandy and Keiichi match.

All in all, this was an excellent movie, and I believe it is a wonderful addition to the Ah! My Goddess story.